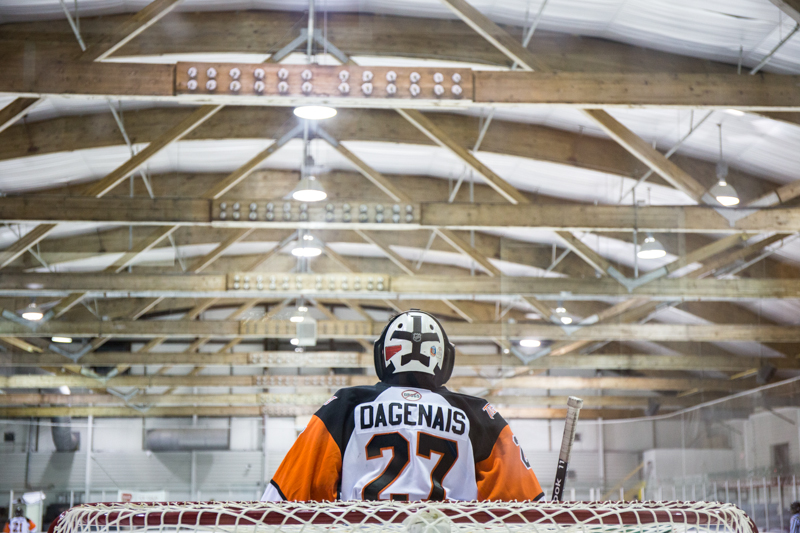 A total of 244 GTHL games took place during the final weekend of October, including 134 contests across 19 different arenas on Sunday. Below is a closer look at some of the action:

Minor Midget AAA
The Toronto Titans entered their weekend double-header as the only undefeated team in the Minor Midget AAA division and emerged the same way. The Titans improved to 11-0-1 this season with 4-2 and 7-1 wins over the Mississauga Rebels and Toronto Young Nationals, respectively.

With only five points separating second from seventh, the Mississauga Reps did their part to stay in the mix, earning a pair of victories over the Mississauga Senators (4-1 win) and Toronto Red Wings (5-3 win). The Reps rank seventh with a 5-5-3 record (13 points).

In other action, the Don Mills Flyers downed the Senators 4-0, while the Toronto Jr. Canadiens (7-1 vs. North York Rangers) and Vaughan Kings (5-2 vs. Markham Majors) also earned victories.

York Mills hosted the Islanders at Buckingham Arena on Sunday, earning a narrow 2-1 win to leapfrog into second place based on games played.  The Islanders also played Saturday, picking up a 4-1 win over the West Hill Golden Hawks.

The Toronto Aces defeated the Willowdale Blackhawks 1-0 to move to 6-1-2 (14 points) this season. With only nine games played, the Aces have at least three games in hand on each of the four teams ahead of them in the standings.

In the West, the Toronto Eagles (7-4-0, 14 points) jumped into a share of second place with a pair of wins. The Eagles first picked up a 3-1 win over the Humber Valley Sharks – with whom they are now tied – before defeating the Humberview Huskies 4-3.

The Eagles and Sharks are one point back of the Duffield Devils (7-1-1), but have played two more games.

Atom AA
The Don Mills Mustangs continued their impressive start to the season on Sunday, improving to 11-1-1 (23 points) after a 4-1 win over the West Hill Golden Hawks.

The Leaside Flames earned a 3-0 shutout of the Toronto Aeros to move within four points of Don Mills for first place. The Flames (9-2-1, 19 points) are the only team to beat the Mustangs this season, earning a 3-0 shutout last weekend.

In the West, the Mississauga Braves moved into a share of first place with a 3-1 win against the Mississauga Jets. At 9-1-1 (19 points), the Braves are tied with the Vaughan Panthers, who won a tournament in Pittsburgh over the weekend.

The Mississauga Terriers (9-2-1) also have 19 points after a pair of weekend wins (3-1 vs. Toronto Wolverines, 3-2 vs. Ice Warriors), but have played one more game than the Braves and Panthers.

Bantam AAA
The Toronto Red Wings remain the only undefeated team in the Bantam AAA division following a 4-3 win over the Mississauga Senators on Saturday evening. At 11-0-2 (24 points), the Red Wings are four points clear of the second-place Mississauga Rebels (9-2-2, 20 points).

In their only weekend game, the Rebels picked up a decisive 10-0 win over the North York Rangers to keep pace with the Red Wings.

The fourth-place Don Mills Flyers split their weekend contests with a 9-0 win over the Toronto Young Nationals and 5-3 loss to the Toronto Jr. Canadiens.

The Markham Majors also finished the weekend 1-1-0, first defeating the Mississauga Reps 6-1 before dropping a 7-1 decision the Toronto Marlboros.

The Toronto Titans shut out the Vaughan Kings 3-0 in the only other weekend contest.