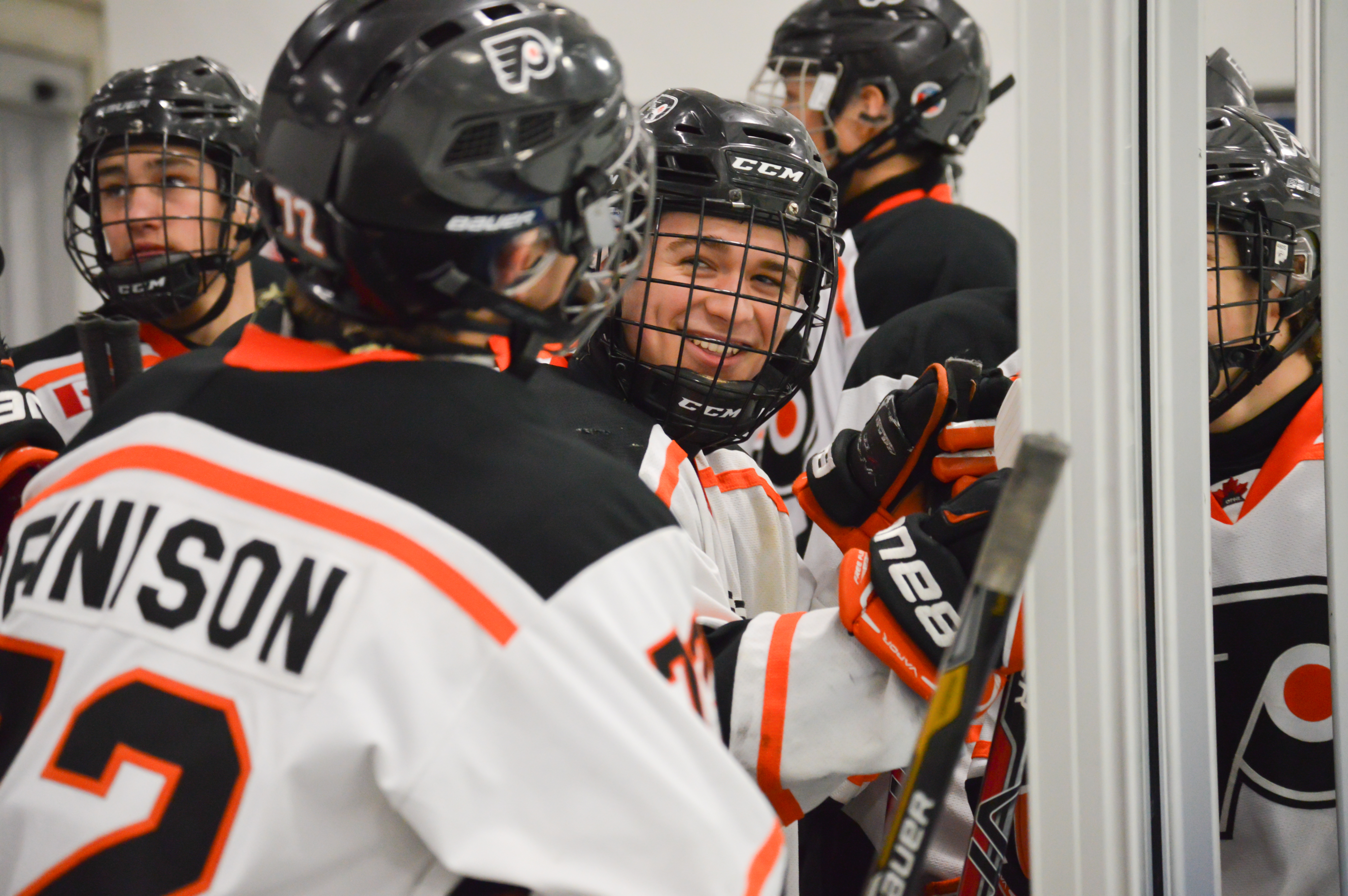 The Kraft Cup regular season officially wrapped up last night when the Minor Bantam A West Toronto Royals defeated the Duffield Devils 4-2. The clubs will meet again on Thursday to help kick off the first round of that division’s Scotiabank GTHL Playoffs.

While the Minor Bantam A West division is the last to join the postseason fold, many series have already wrapped up First Round action. Stay up to date by following us on Twitter (@GTHLHockey) for highlights of big games and Scotiabank GTHL Playoffs cards to welcome each round.

Minor Midget AAA
The Don Mills Flyers and Toronto Marlboros opened the GTHL Championship series with a pair of ties last week. The clubs first played to a 2-2 draw on Tuesday before offensive explosions from both sides resulted in a 5-5 score on Friday.

Game 3 will be played at 7:10 p.m. tonight at Buckingham Arena, with each club looking to take a series lead into the Canada Winter Games break. Marlboros teammates Ben Jones and Ryan McLeod and Flyers forward Brett Neumann will be among the 11 GTHL players on Team Ontario’s Under-16 men’s roster.

The series will resume on Friday, Mar. 6 at Herb Carnegie Arena following a 16-day hiatus.

The Flyers and Marlboros both overcame series deficits to reach the final. The Flyers reeled off four consecutive wins to climb from a 6-0 hole and defeat the Toronto Jr. Canadiens. The Marlboros, meanwhile, rallied from a 5-3 deficit to knock off the top-ranked Toronto Titans.

The Flyers lost only one contest during the Kraft Cup regular season and earned points in all three meetings with the Marlboros (DMF: 2-0-1, TML: 0-2-1).

Peewee A
The Markham Islanders (No. 6) completed a first-round upset over the Leaside Flames (No. 3) with a 2-1 win on Valentine’s Day at the newly-renamed Scotiabank Pond. The Islanders opened the series with a 6-0 win on Feb. 1 and posted a 2-1-1 mark the rest of the way to emerge with a 7-3 edge in the first-to-six-points matchup.

North Toronto and the Toronto Aces, the No. 1 and No. 2 seeds, respectively, each won their first-round matchups in four games.

Second Round matchups in the East begin tonight, while teams in the West continue to battle in the opening round.

Atom AA
The Toronto Aeros were the only team to pull off an upset in the opening round of the Atom AA East Scotiabank GTHL Playoffs. The fifth-ranked Aeros fell behind 5-3 after four games in the first-to-six points series, but earned a 3-0 win on Friday and a 3-1 victory in Game 6 last night to advance.

The Aeros will have a tough task at hand in the Second Round, as they line up with the undefeated Ted Reeve Thunder. The Thunder rolled through the regular season with a 34-0-2 record before sweeping the West Hill Golden Hawks in the First Round.

The No. 2 Don Mills Mustangs and No. 3 Leaside Flames will face off in the other Second Round matchup, beginning tonight at Bayview.

In the West, two Game 5s will be played tonight at Hershey Centre, with the winners advancing to the Second Round:

The Mississauga Terriers (No. 1) and Toronto Eagles (No. 3) swept their opening matchups.

Under-21 AAA
After wrapping up the regular season with three games on Sunday, the Under-21 AAA division will begin its first-to-eight-points opening round tonight when the Toronto Colts face the Scarborough Young Bruins at Scarborough Centennial Arena.

The Colts defeated the Young Bruins 8-3 in their last meeting on Jan. 26, while the West Mall Lightning and Goulding Park Rangers – the other First Round matchup – played to a 4-4 tie in their season finale on Sunday.

The Kraft Cup champion Mississauga Braves and No. 2 seed Humberview Huskies await the series winners in the Second Round after receiving byes based on the size of the division.