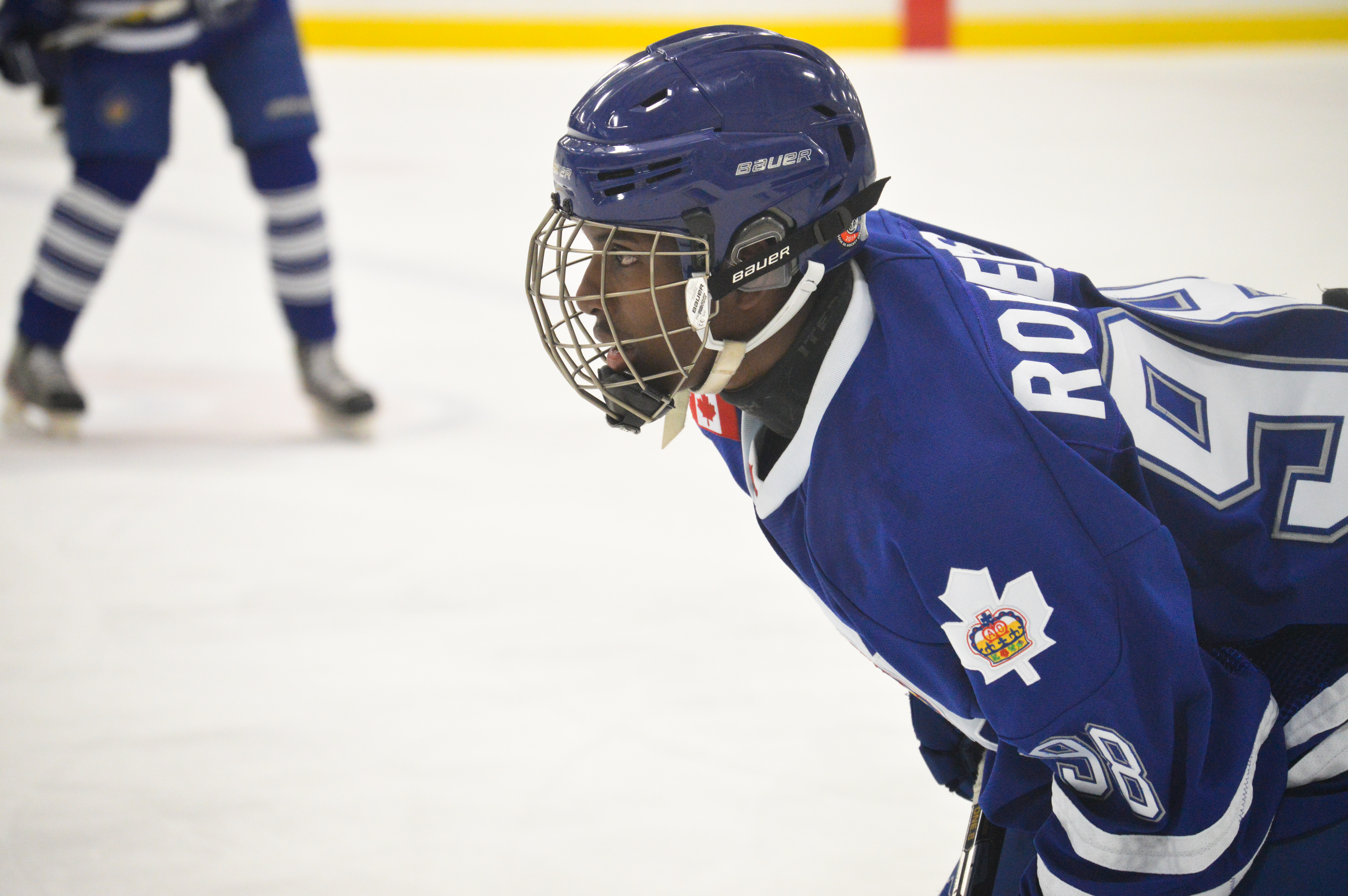 McLeod, who led the team with six goals, and Marlboros teammate Ben Jones will have to put memories of the win on hold for now though, as they prepare for fellow golden boy Brett Neumann and his Don Mills Flyers in Game 4 of the Minor Midget AAA GTHL Championship series on Friday.

The McLeod-Jones led Marlboros picked up a 2-1 win in Game 3 before the break to take a 4-2 lead in the first-to-eight-points series. Games 1 and 2 ended in 2-2 and 5-5 ties, respectively.

The Flyers, who lost only one contest during the regular season, rallied from a 6-0 series deficit against the Toronto Jr. Canadiens in the Second Round to punch their ticket to the GTHL Championship series.

A total of 10 GTHL players and one coach were part of Team Ontario’s gold medal squad, which posted a 7-0-0 record in Prince George, B.C.

Click here for recaps and final stats for all GTHL representatives.

Minor Peewee A
Down 2-0 in their first-to-six points series with the No. 1 ranked Ted Reeve Thunder, the North York Knights (No. 5) earned points in three of four games last week to pull into a 5-5 tie through five games. The Knights began the week with 3-1 and 1-0 wins before the Thunder evened the series with a 2-1 triumph on Friday.

With a berth in the East Final on the line Monday, the teams played to a 1-1 tie at Scotiabank Pond. Each club will aim to advance with a Game 6 win on Friday (time and location TBD).

A winner in the North Toronto-Toronto Aeros series is nearly impossible to predict after the teams tied four of their first six matchups, including three draws in the past five days. It could be argued that the No. 2 Aeros have the upper hand heading into Friday’s Game 7, as Toronto holds a +4 goal differential.

If the contest goes past regulation on Friday, the teams will play one 10-minute sudden victory overtime period. If no winner is decided in the extra frame, then bring on Game 8!

In the West, the Kraft Cup champion Toronto Royals advanced to the Second Round with a 0-0 tie against the Humber Valley Sharks last Monday, before sweeping their way into the West Final with three straight wins over the Vaughan Panthers. The Royals outscored the club 11-2, capped by a 4-1 win on Monday at Vaughan Sports Village.

The Royals await either the No. 2 Avalanche or No. 3 Humberview Huskies in the division final. Ahead 4-2 in the first-to-six points series, the Avalanche will advance if they win Game 4 on Friday at Pavilion (time TBD).

Midget Jr. AA
The No. 4 seed North York Knights are giving the top-ranked Toronto Aces all they can handle in their Second Round matchup. The clubs battled to a 1-1 tie last Monday before the Knights pulled ahead with a 5-3 win in Game 2 on Wednesday. Down but not out, the Aces bounced back with a 3-2 win and 3-3 tie to even the series at 4-4. Either team can advance to the East Final with a win tonight at Victoria Village (9:00 p.m.).

The other East matchup pits the No. 2 Toronto Aeros against the underdog Toronto Colts (No. 6). The clubs met only once last week, with the Aeros earning a 4-1 victory on Wednesday to pull ahead 5-3 in the first-to-six-points series. Game 5 is slated for Wednesday at Ted Reeve (9:30 p.m.).

Already ahead 3-1 in their first-to-six-points series, the Kraft Cup champion Mississauga Jets cruised to three straight victories over the West Mall Lightning last week to clinch a Second Round win. The club awaits the winner of the No. 2 vs. No. 3 matchup between the Mississauga Braves and Ice Warriors, which the Braves currently lead 5-3.

Tied 1-1 after Game 1, the Braves posted 7-1 and 5-3 wins last week to pull ahead in the series. The Ice Warriors picked up a win in their last meeting on Saturday, though, and will look to do the same to stay alive in Game 5 on Friday (time and location TBD).

Minor Bantam AAA
The Kraft Cup champion Mississauga Rebels pulled off a 5-2 win in Game 1 of their Second Round series with the Toronto Titans on Monday, after closing their opening round matchup on Saturday evening.

The Rebels required five games to get by the North York Rangers, capped by 6-2 and 2-0 wins last week.

The third seed Mississauga Reps also are ahead in their Second Round showdown with the Toronto Marlboros following a 3-1 victory Monday at Westwood Arena. Both clubs advanced with series-clinching wins last week – the Marlboros notched a 3-1 win in Game 5 against the Toronto Young Nationals, while the Reps swept the Toronto Jr. Canadiens with a 1-0 win in Game 4.