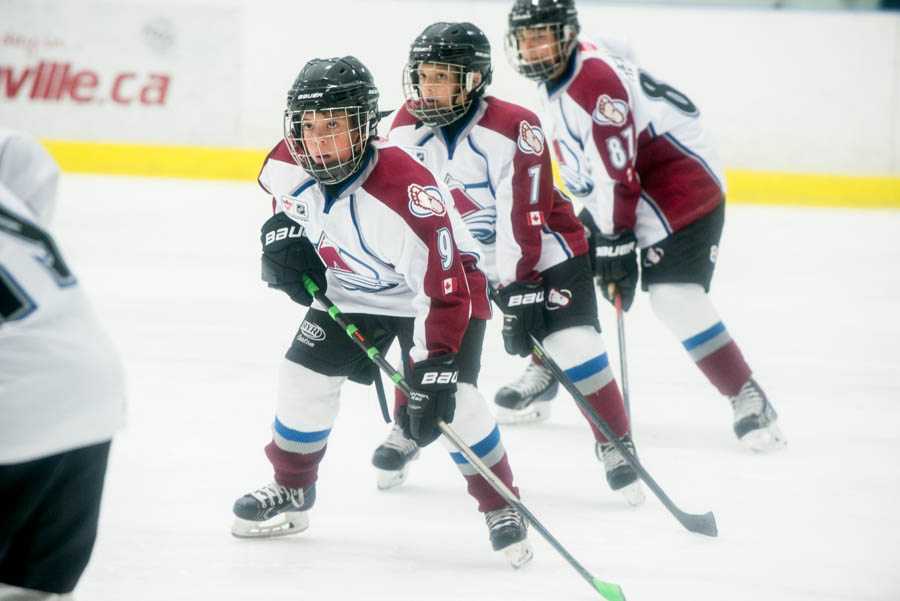 Time rolled back over the weekend but the minor hockey show rolled on as 292 GTHL games were played through the first three days of November, including 126 contests on Sunday.

Minor Midget AAA
The Don Mills Flyers leapfrogged the idle Toronto Titans (12-0-1, 25 points) into first place in the division with wins over the North York Rangers (5-2 on Sunday) and Mississauga Senators (3-1 on Monday). The Flyers (12-1-2, 26 points) have posted a 6-0-0 record since suffering their lone defeat on Oct. 17 against the Toronto Red Wings.

The Red Wings skated to a 7-2 win against the Markham Majors in their lone weekend showdown while the Toronto Jr. Canadiens (2-1 vs. Toronto Marlboros) and Vaughan Kings (2-0 vs. Toronto Young Nationals) also picked up victories.

Bantam A West
The top three teams in the Bantam A West division posted perfect 2-0-0 records over the “extended” weekend:

* The Humber Valley Sharks (9-3-2, 20 points) remain in the No. 2 position following 2-1 and 3-0 wins over the Duffield Devils and Amesbury Attack, respectively.

* The Vaughan Panthers (8-1-3, 19 points) earned their first victories since dropping their lone loss on Oct. 12, first defeating the Toronto Wolverines 4-0 then the West Mall Lightning 3-2.

The Lightning earned a 7-1 win over the Humberview Huskies in their other contest while the Toronto Eagles blanked the Attack 6-0 in the division’s only other game.

Only three points separate the top five teams, thanks to weekend wins by the third-place (tie) Humber Valley Sharks (2-1 vs. Mississauga Braves) and the fifth-place Mississauga Jets (3-2 vs. Duffield Devils).

Under-21 AAA
The Mississauga Braves picked up their fourth consecutive win on Sunday with a 5-1 decision over the top-ranked West Mall Lightning. The Lightning then dropped their Monday night game against the Toronto Colts (5-2), leaving the Braves (9-3-0, 18 points) within one point of the Lighting (9-3-1, 19 points) for first overall, with a game in hand.

The Humberview Huskies (7-3-1, 15 points) did their part to keep pace with the Braves and Lightning, earning 6-5 and 2-1 victories over the Colts and Toronto Aeros, respectively.

Closing in on the Huskies are the Gold Park Rangers (6-5-0, 12 points), who have reeled off four straight wins following 5-3 and 9-2 decisions over the Aeros and Ice Warriors.

In the only other divisional game over the “extended” weekend, the Scarborough Young Bruins shutout the Ice Warriors 7-0.