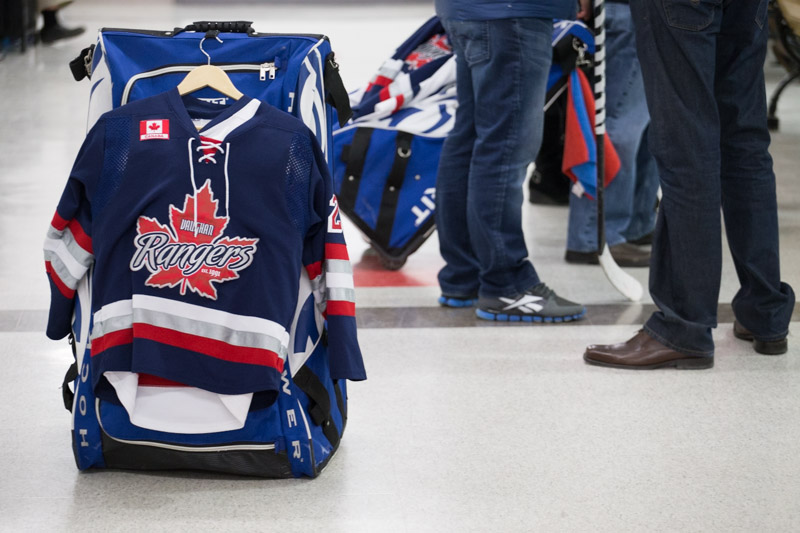 The last day of January and first day of February hosted a relatively light schedule compared to other weekends of the season, with a total of 185 Kraft Cup regular season and Scotiabank GTHL Playoffs games played. Another 56 games were contested Monday night.

Minor Midget AAA
After dropping Games 2 and 3 on Monday and Friday last week, the Toronto Marlboros posted a 3-1 decision against the Toronto Titans on Sunday to earn their first victory of the series. The Titans now hold a 5-3 points advantage in the first-to-eight-points series.

The Toronto Jr. Canadiens, meanwhile, hold a 6-2 points advantage over the Don Mills Flyers after winning the first three games of the series from Sunday to Friday last week. The Flyers won their Super Bowl Sunday showdown 5-3.

Midget A
North Toronto earned a pair of victories over the weekend to improve to 30-1-3 (63 points) in 34 outings and lock up the Kraft Cup as regular season champions. The club picked up 7-4 and 1-0 wins against the Toronto Eagles and Goulding Park Rangers, respectively, to stretch their winning streak to five games.

The Avalanche (27-4-3, 57 points) and Ted Reeve Thunder (26-4-3, 55 points) each posted unblemished records over the extended weekend to keep pace in the hunt for the second seed in the postseason.  Both teams have two games remaining: Avalanche vs. Amesbury Attack (Friday) and Scarborough Ice Raiders (Sunday); Thunder vs. Toronto City Blues (Saturday and Tuesday).

The Hillcrest Canadiens posted a perfect 2-0 record over the weekend to pull within two points of the final playoff berth. The Canadiens began by knocking off the Amesbury Attack 4-2 then earned a 4-3 win over the Leaside Flames.

The Blackhawks earned a 6-3 win over the Toronto Aeros while the Aeros won their other weekend matchup 11-3 against the Goulding Park Rangers.

Atom AA
The Don Mills Mustangs are riding into the 2015 Scotiabank GTHL Playoffs on an eight-game undefeated streak (7-0-1 since Dec. 21) thanks to a pair of victories on the final weekend of regular-season play. The Mustangs first earned a 6-1 win over York Mills on Saturday morning before closing the 2014-15 campaign with a 4-0 shutout of the North York Knights.

The Toronto Aeros earned a 2-1 win over North Toronto to leapfrog the club for fifth place in the final Kraft Cup regular-season standings.

Though the West division finishes tonight (Tuesday) when the Toronto Wolverines visit the Vaughan Panthers, first-round postseason matchups are set for both divisions:

Midget AAA
Separated by only three points entering the final days of the Kraft Cup regular season, the Markham Majors, Toronto Red Wings and Vaughan Kings each went undefeated over the weekend. Only the Majors and Red Wings, however, managed to clinch a postseason season berth.

Majors forward Artem Suyargulov (3-1—4) scored the tying goal with one second left in regulation to complete his hat trick and help his club earn a 7-7 tie with the Red Wings on Saturday. Teammate Ivan Volkov also scored a hat trick and finished with four points.

The Majors then earned a 2-1 win over the Toronto Titans on Sunday to clinch the seventh spot and a first-round matchup against the Don Mills Flyers.

After the Kings earned back-to-back 3-1 wins over the Mississauga Senators and Mississauga Rebels, the Red Wings needed one point against the North York Rangers on Sunday afternoon to clinch the final playoff berth.

Trailing 4-3, forward Kyle Lane found the back of the net at 4:41 of the third period to knot the score and Griffen Coutts shut the door the rest of the way to help the Red Wings secure a tie and the eighth seed.

After dropping a 3-1 decision in Saturday’s matchup against the Don Mills Flyers, the Mississauga Reps picked up a 3-0 win over the Toronto Marlboros on Sunday to finish the season at 11-14-8 (30 points) and secure the sixth playoff spot.

GTHL Mourns the Passing of Marlowe Stoudamire
4 days ago