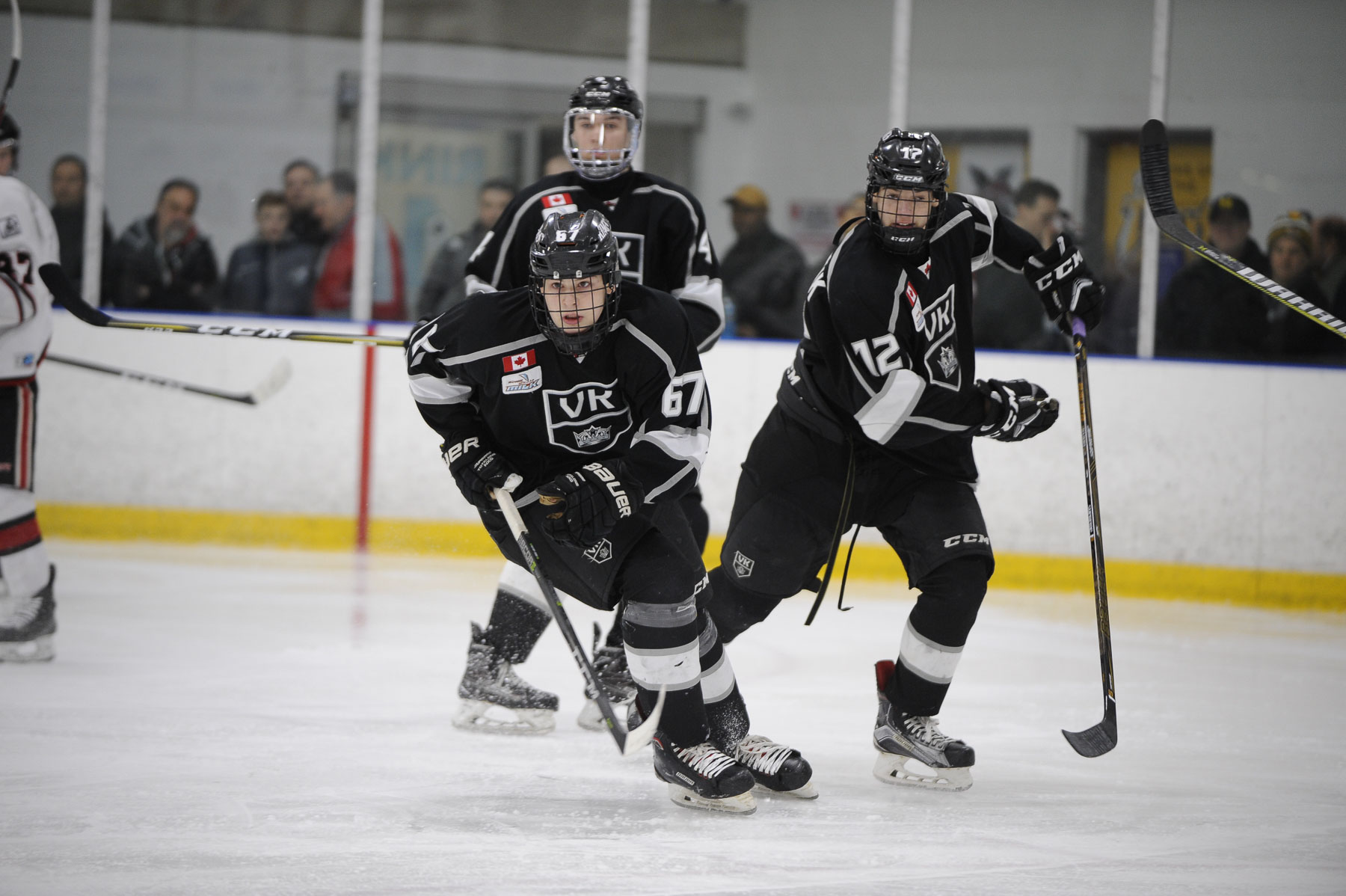 The Toronto Jr. Canadiens will take on the Vaughan Kings at the Mattamy Athletic Centre Monday night in the OHL Cup Powered by Under Armour Championship Final.

Rewind to semi-final Saturday. The field has been whittled down – there are no flukes. All four teams boast impressive lineups with talent oozing from all throughout their rosters.

The first semi-final featured the Toronto Marlboros and the Toronto Jr. Canadiens. While both teams came into the game undefeated, it was expected that the GTHL Playoff Champion Marlboros would prevail.

The game opened with the Jr. Canadiens out to prove their worthiness. They employed a relentless fore-check, leading to the game-opening goal midway through the first period as forward Dylan Robinson streaked down the wing before depositing it five-hole.

The Marlies regrouped for the second frame, with Marlies Forward Stephen Halliday tying things up. A Reid Valade goal through a screen early in the third period gave the Marlies a seemingly safe lead to protect. But, with 2.47 left in the Jr. Canadiens’ season, defenseman Michael Bianconi jumped into the rush, went top shelf, and tied the game at two.

“I saw my winger going up with the puck, saw an odd-man rush available, so I jumped in as the fourth wave of attack,” said Bianconi when asked about the goal. “I stopped in front of the net, battle in front, puck came loose, and I just chipped it in top corner.”

The goal propelled JRC into the overtime period. The comeback was made complete when Daniil Chayka’s wrist shot beat Marlies goaltender Connor Mackenzie five-hole. The first game would be considered an upset, and would not be the last of the evening.

As OMHA Champions and undefeated in the tournament, the York-Simcoe Express played the role of favorites against the talented and physical Vaughan Kings. Like the previous game, the underdogs were out the prove they belonged. Kings D-man Austin D’Orazio set the tone early with a gigantic hit, a collision that that hinted at the physicality to come. Forward Tyler Tullio would put the Kings in front late in the first.

In the second, Tullio’s linemate Cole Perfetti would continue his impressive tournament performance, beating the York Simcoe D to a loose puck before slotting it neatly below the glove. That would prove to be the game winner, with York Simcoe getting one from Cameron Butler before Kings’ Daniel Baldassarra ended it with an empty net goal.

Vaughan goaltender Marco Constanini was especially brilliant at stifling a potent York-Simcoe offence, but it has been what the Kings have come to expect according to Perfetti.

“He’s been the backbone of our team all year, starting with him we’ve been relying on him and he’s been playing great” stated Perfetti. “We picked him for this reason and he’s been doing the job”.

Finishing third and fourth in the GTHL regular season respectively, the Jr. Canadiens and Kings boast very similar lineups. Kings’ O’Rourke and Perfetti are dynamic playmakers who can score at ease, while Jr. Canadiens’ Chayka and Robinson are physically imposing defenders with blistering shots from the point. Even the goalies, Constantini and JRCs’ Sami Molu, lead the tournament in GAA and wins. While the Kings have won two of the last three matchups between the two squads, the OHL Cup is a whole new beast with a different tone than the GTHL Regular Season.

These two teams proved they belong in the finals, and now there’s no chance for a potential upset. But just like the semi-finals, this is shaping up to be another memorable game.