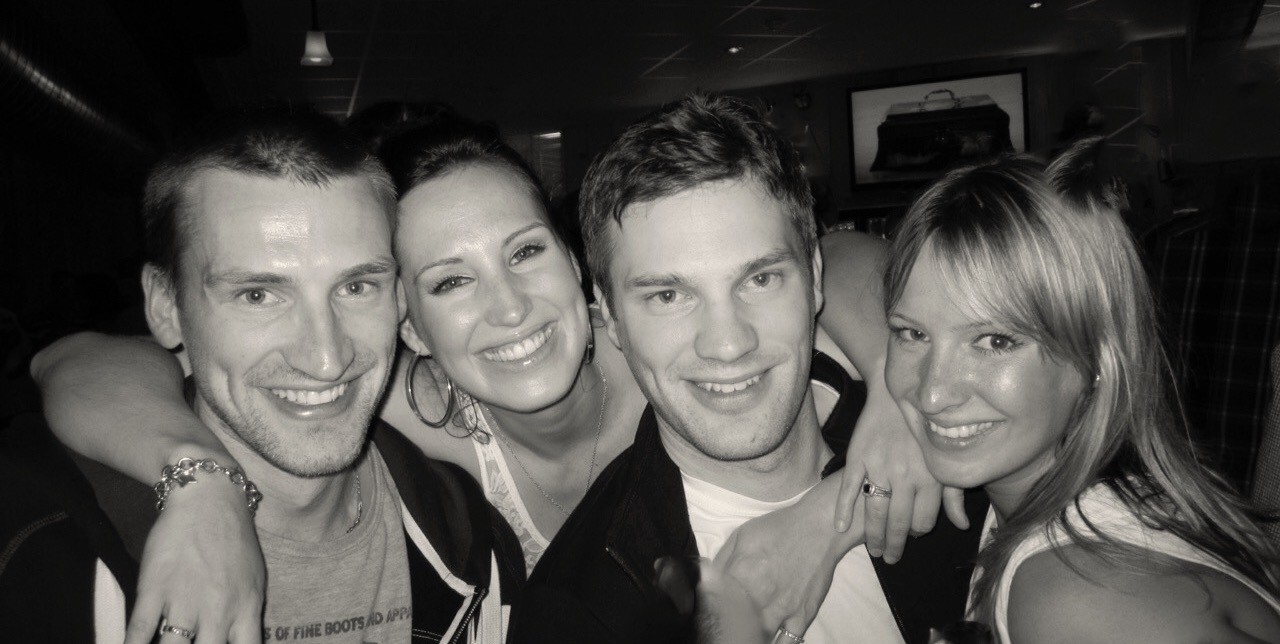 Whether it was after scoring his 40th goal in the NHL or thinking about his performance after a rough stretch of games, Brad Boyes wouldn’t want to chat about it with anyone else in the world other than his brother, Jeff.

The close relationship with his brother and the rest of his family was the ultimate support system for Brad throughout his professional career, and into his post-hockey life.

Brad played 12 NHL seasons, including one with his hometown Toronto Maple Leafs during the 2015-2016 campaign.

Despite having different personalities and being three years apart in age, Brad and Jeff were as close as can be growing up while playing in the Greater Toronto Hockey League (GTHL), and still remain just as tight.

The former Maple Leafs forward had a strong support cast while he was playing in the NHL, which was important — but what was just as significant was having that tight relationship he knew he could lean to for some much needed advice.

“Out of anybody, (Jeff) was the one person that I would call for advice or any questions, or anything really,” said Brad. “I’ve got friends from high school that I’d talk to, but the biggest influence and the most advice that I’d pay attention to was from my brother.”

Jeff remembers one conversation in particular from 2007 when Brad was playing for the Boston Bruins.

“(Brad’s) first year in Boston was an awesome year, and the second one was a little more challenging, so he was frustrated. He told me that he was going to change it up a bit and do something different. So I said, OK, let’s see what he’s talking about,” Jeff laughed.

The next game after that conversation with Jeff, Brad found himself in first career NHL fight. It was on Feb. 1 2007 against Buffalo Sabres defenseman Toni Lydman, and the talk with his brother that preceded it made it a moment that Brad will never forget.

Brad scored 211 career goals in the NHL, including a 43-goal effort in the 2007-2008 campaign while playing for the St. Louis Blues. His linemates during his stellar year with the Blues were current Hall of Famer Paul Kariya, and American hockey legend Keith Tkachuk.

Despite the accolades, his on-ice success isn’t what his two younger sisters, Jenn and Jacquie, are most proud of.

“(Brad) is one of the most generous, kind and good people I’ve ever come across, and that has gone completely unwavered with his success financially and (on the ice),” said Jacquie. “That is the thing we are most proud of with him — how untouched his personality is and that’s how he’s been since he was a kid.”

It’s that untouched personality that Jeff believes contributed to Brad’s success and longevity on the ice, along with his stable mentality while navigating through the life of a professional athlete.

“What made it cool was that Brad never changed,” said Jeff. “His friends that were his high school friends are still his friends now. So it’s not as if he was playing in St. Louis and made a bunch of friends there and ended up living there. He was always home in the summertime and we were always doing the things we always did.”

“Even if I was the most gifted athlete, which I’m not, I could never do what Brad did. I could never play professional sports because I would be in my head the entire time. The role of an athlete is really hard, it’s about having that certain mindset.”

But from Brad’s perspective, the mental side of the game is something that he rarely thought about during his NHL career, which highlights his stability as a person and as a loving member of his family.

“I never thought about it too much,” Brad said. “I just loved playing and wanted to do well, and I had guys that I looked up to. But at the end of the day when I’m on the ice, there were no thoughts about anything other than going out, having fun and playing the game.”

The Boyes family has remained close, and supportive with each other. It’s what they all describe as the strength of the family, and why fierce sibling rivalries never emerged throughout any of their athletic careers.

“We are very much a close-knit family,” said Jacquie. “We grew up with family values intact and family values are very important. We’re open and honest with each other, and we have each other’s back like no tomorrow.”

Jacquie and Jenn figure skated competitively while growing up, while Brad and Jeff played in the GTHL at a competitive level. Despite the competitive aspect to the sports they were all playing, they never let any personal battles get in the way wishing the best for anyone.

“We were never competitive with each other with anything ever,” said Jacquie. “(We) were probably each other’s biggest cheerleaders,” Jenn added.