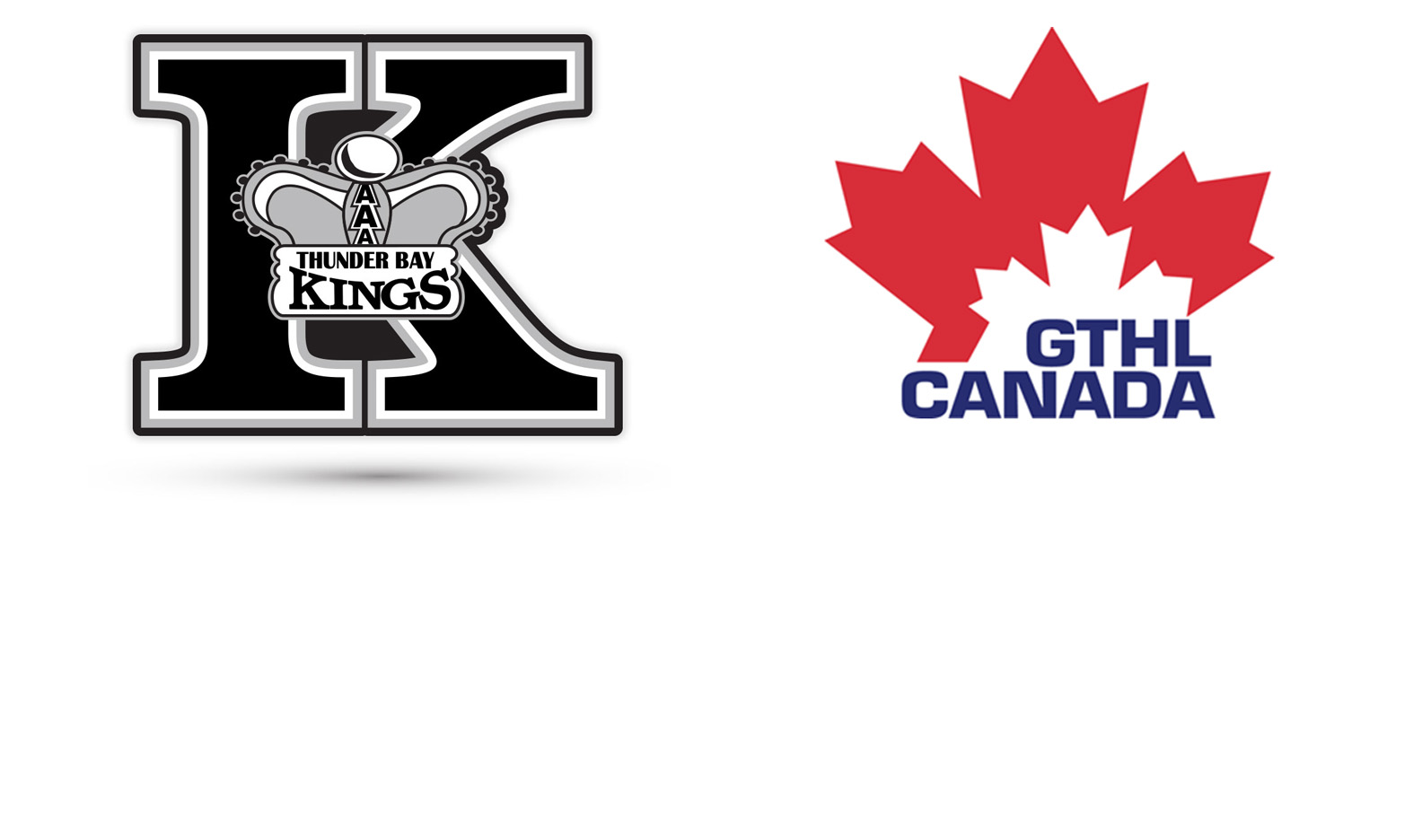 This announcement comes with the full approval of the GTHL, Hockey Northwestern Ontario (HNO), the Ontario Hockey Federation (OHF) and Hockey Canada.

“This is a monumental step forward for AAA hockey in northwestern Ontario,” offered Kings’ president Michael Power in making the announcement. “The GTHL is a premier AAA hockey league in Canada and one of the most scouted organizations by the OHL, CJHL, NCAA, and U SPORTS. “Our membership and active participation can only benefit the next generation of Staal’s, Pyatt’s, Sharp’s, Murray’s and Johnson’s on being recruited out of the Kings organization to compete at the next level.”

“The GTHL is pleased about the addition of the Thunder Bays Kings to three AAA divisions”, stated Scott Oakman, Executive Director, and Chief Pperating Officer of the GTHL. “The fact that participation of these teams in our League will create an improved player environment, as the result of reduced travel and reduced expenses, to the families and organization and allow the players the opportunity to spend significantly more time at home, makes their participation in our league a logical choice. We welcome them and look forward to having them compete with the other 12 GTHL AAA organizations.”

The overall move to the GTHL by the Kings was precipitated due to the ongoing COVID-19 pandemic and the current cross-border travel issues associated with Thunder Bay playing in the U.S.-based North American Prospects Hockey League (NAPHL). There the U-16 and U-18 sides competed with the U-15s also played in various contests, with all their NAPHL games being contested in the U.S.

Through the continued uncertainty of the Canada/U.S. border closure and the challenges faced with the U.S. dollar exchange rate, as well as the costs associated with this, the organization began discussions on feasible choices to return to Canada to compete.

Of note, the Kings will require formal approval from Hockey Canada, yearly, for out of branch competition, as was the case with them playing in the NAPHL.

As a full member of the GTHL, the three Thunder Bay AAA sides will play a 36-game regular-season schedule, plus playoffs, where they would compete for league championships in their respective divisions.

Thunder Bay will also continue taking part in HNO district playdowns while the U16s would participate in the OHL Cup showcase event.

About the Thunder Bay Kings
First launched back in 1988, the Thunder Bay Kings have gone on to achieve great success in their 30-plus years of operation at the AAA minor hockey level. Boasting multiple branch, provincial and national championships, the organization has helped develop and produce a plethora of hockey talent over the past three decades.