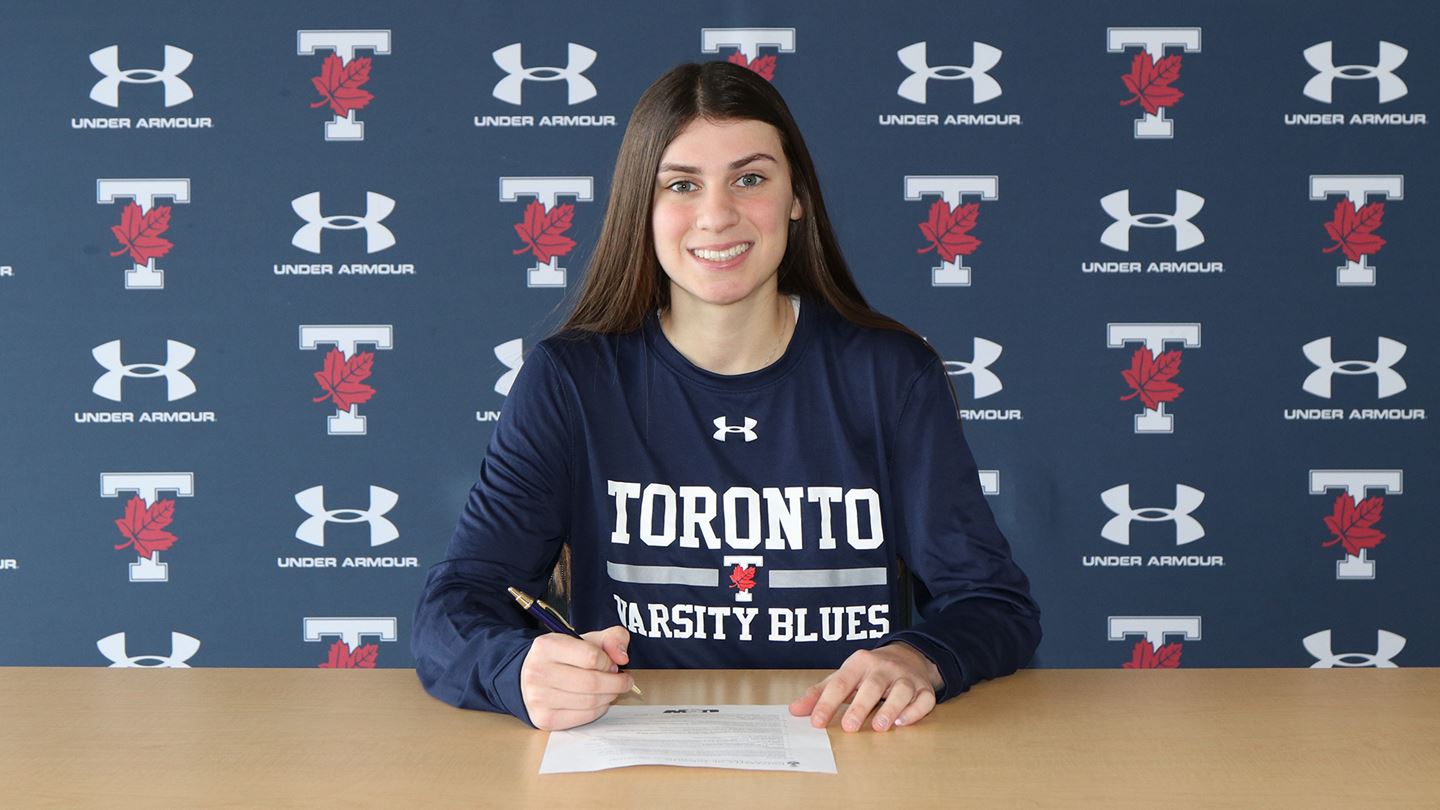 Sporting a brand new Varsity Blues shirt with with a pen in hand, Leah Horowitz signed her letter of intent to play on the women’s hockey team at the University of Toronto starting in 2020-21. The 17-year-old forward will suit up for the Blues next year, marking only her third season playing on a women’s team. Horowitz, who started playing organized hockey over 10-years ago, spent the majority of her minor hockey career playing at the “A” level on the Toronto Wolverines in the GTHL.

“I aways wanted to play in the largest minor hockey league. I was coached by Eric Cella, who was still by far the best coach I’ve ever had,” explains Horowitz. “He let me play my aggressive game. My time with Eric in the GTHL taught me discipline as well, the team was run with AAA mentality.”

That mentality led Leah and the Wolverines to a 2015 City Championship and 2016 West division title – a feat only accomplished once in the history of the Toronto Wolverines organization.

With many girls leaving the co-ed game come their minor bantam season, Leah opted to stay until minor midget in order to play among her friends on the team, which included two other female players. 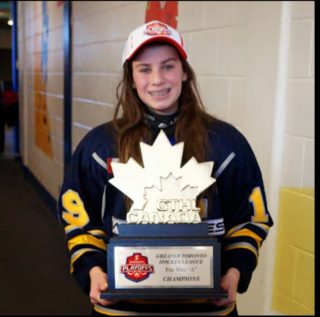 “The girls are just as competitive as boys,” said Leah’s father, Michael. “The GTHL is a great league and very organized.”

The decision to move to girls hockey after her minor midget season provided Leah with the opportunity to continue playing beyond minor hockey, catching the eye of the University of Toronto Variety Blues.

“We [Blues] have a great coach, Vicky Sunohara – a former Canadian hockey Olympian. I’m looking forward to playing against the top girls in Ontario and forming friendships with new teammates. Most of all, I love hockey and competing and U of T allows me to continue my passion.”

There are currently over 100 girls playing across the three competitive levels in the GTHL. Many have gone on to pursue hockey at higher levels.

Applications for Awards and Scholarships Now Open
20 hours ago