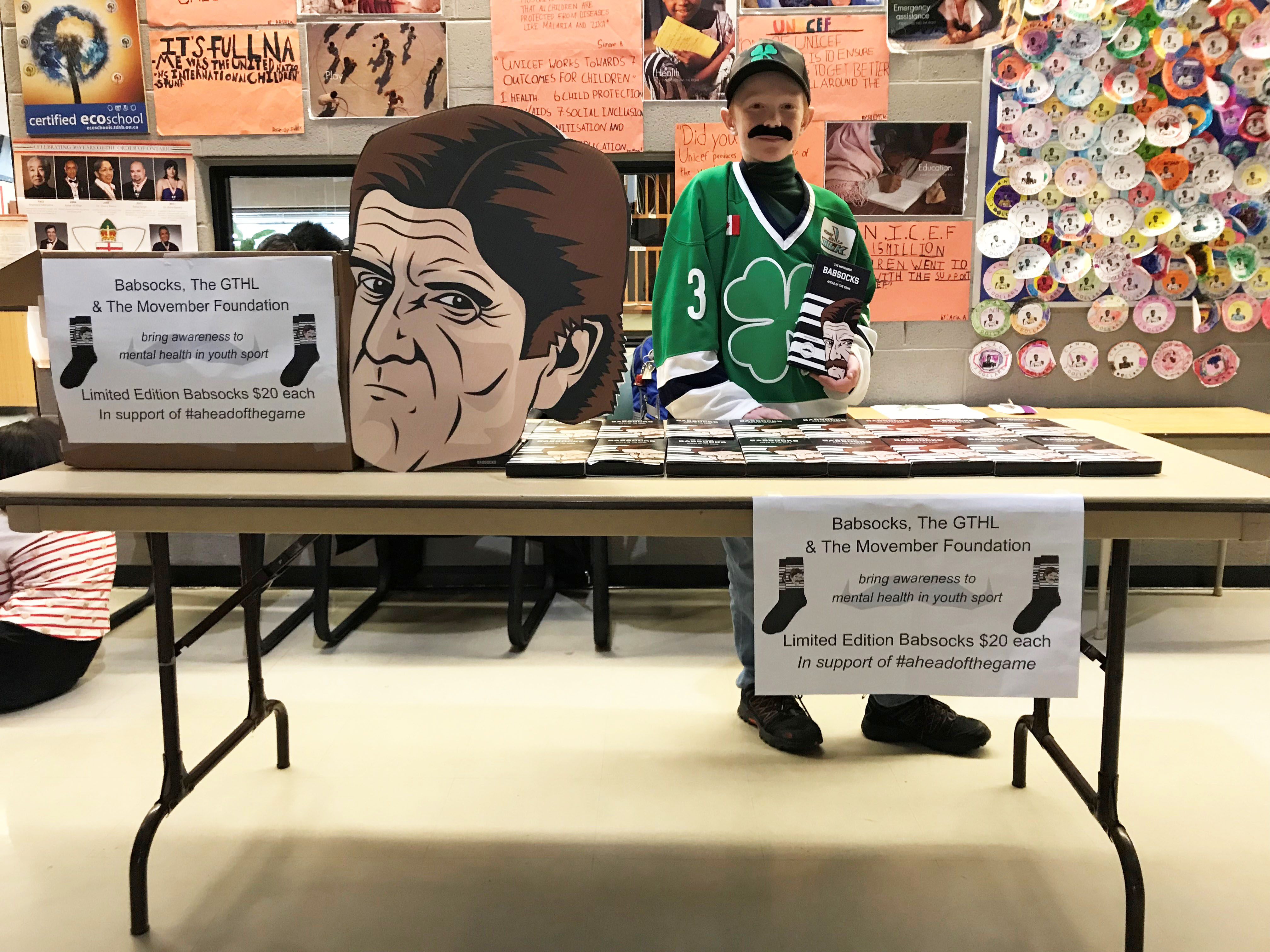 Teams around the GTHL are competing just as hard off the ice this month, all in the name of a good cause. With the grand prize of a team practice with Leafs Head Coach Mike Babcock on the line, teams are encouraged to sell as many pairs of limited edition Movember Babsocks as possible, with $5 from each pair sold going towards mental health programming in youth sport.

With their eyes on the prize, players are already hard at work, using a variety of tactics to sell their socks.

“My family and I have been using social media to let people know about the fundraiser,” explained Sheldon Broughton, a player on the Peewee “A” West Hill Golden Hawks. “I have also been asking teachers at my school and friend’s parents.”

Each GTHL team has been assigned a unique team code to use at check out when purchasing on babsocks.ca/GTHL. Each time a pair is purchased using a team code, it will be counted towards the team total. Teams can also pick up the socks at one of three Toronto locations if they wish to sell their socks in person.

“I asked my principal [at school] if I could sell the socks at school and he agreed,” said Rhys Cashin, a player on the Atom “A” Toronto Shamrocks who set up a booth specifically to bring awareness to the campaign.

For players who have yet to start fundraising, there is still plenty of time to rummage up a sock strategy.

“There are lots of people who want to buy these. When you start selling them, use your social media to let people know about the fundraiser and the socks, and also let friends and family know,” encouraged Broughton.

Once you sell your first few pairs, Cashin promises that the rest is east.

“Just sell five pairs and grow from there – and have fun doing it!”

For players wishing to pick up Babsocks in person, please e-mail support@babsocks.ca prior to picking up the socks at one of the following locations: