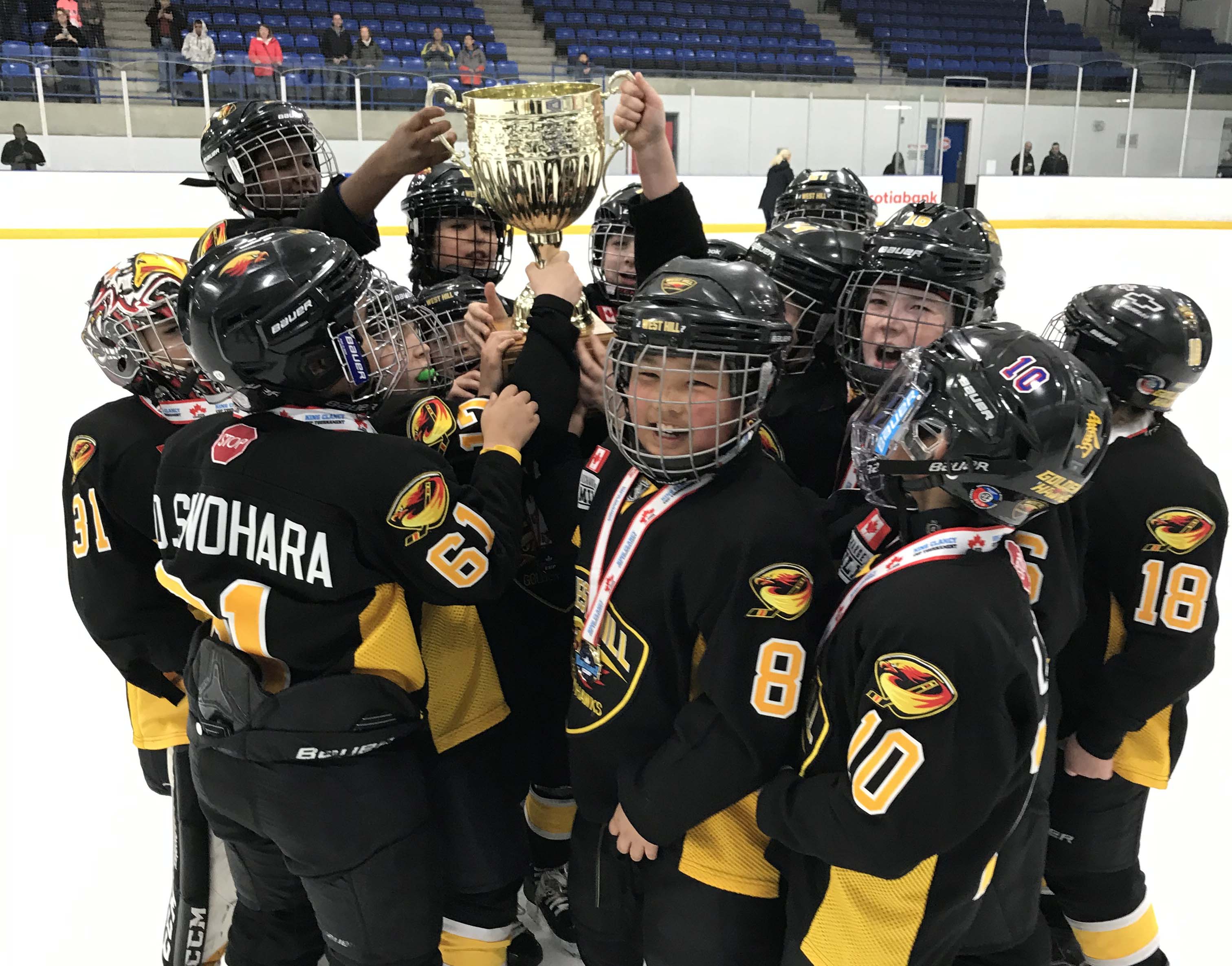 A 10-2 loss to the North York Knights on September 22nd foreshadowed the remainder of the regular season for the Minor Atom “AA” West Hill Golden Hawks. Finishing the season at the bottom of the standings, the Golden Hawks recorded three wins and a tie in their 36 game schedule.

“I kept positive because even when we lost games I still had fun,” said Dreydan Sunohara-Thompson, who plays on the team alongside his twin brother Jarrett.  “Our team kept getting better and I think I was getting better too.”

Not wanting to end their season in February, the Golden Hawks entered the King Clancy tournament with their heads and hopes held high.

“Winning games early in the tournament reminded them of their success last year in Tier 3, ” explained Head Coach David Terminesi. “This gave them the feeling of, ‘hey, we can do this!’ and so they kept marching on. Their confidence continued to grow with each win.”

The Golden Hawks’ increasing confidence led them all way to the Clancy finals where they found themselves down 3-0 to the Mississauga Blackhawks in the first period. 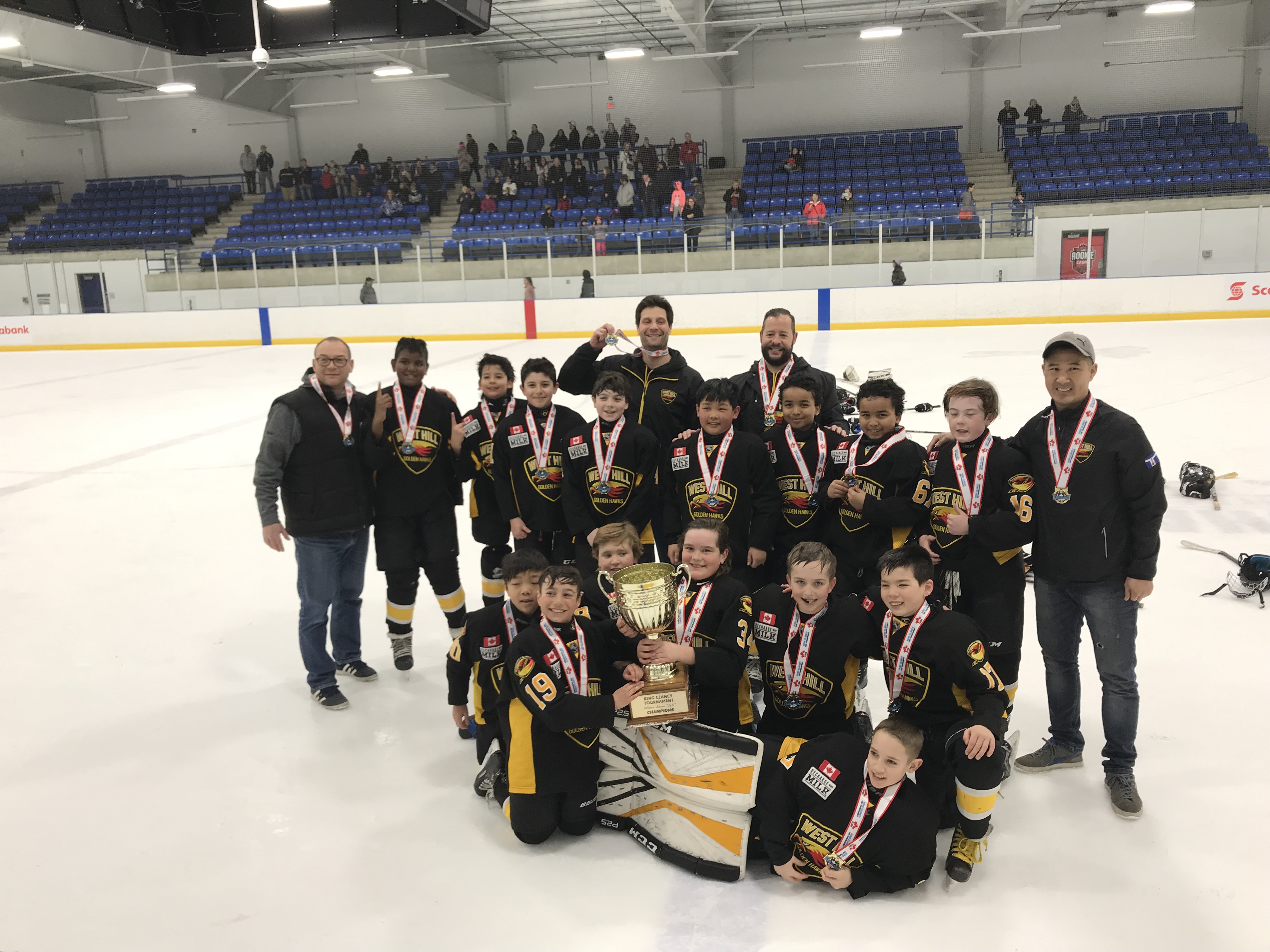 “They never gave up,” said Terminesi. “It was a great game of back and forth action.”

Not discouraged by the scoreboard, the Golden Hawks started climbing their way back, pushing the Blackhawks to overtime with the game tied at six and ultimately scoring the game-winner in overtime.

“This group never gave up. Even when they were on long losing streaks, they were always smiling, laughing and having fun,” said Terminisei, who emphasized how proud he was of the special group.

For the players, raising a trophy at the end of a losing season was a great way to see their hard work and positivity pay off.

“I felt happy because we were able to play more games, I didn’t want our season to be over,” said Jarrett. “Some games were very close. It was fun when we won in overtime and when we won the final because we came back after we were losing by 3 goals.”

Teammate Jack Bricknell mirrored Jarrett’s feelings, explaining the long road it took for his team to get to champion status.

“I felt good because my team lost a lot, then we had a nine-game winning streak, then we won the Clancy!”

The Minor Atom “AA” West Hill Golden Hawks were one of 12 GTHL teams to end their season as Clancy champs. See the full list of King Clancy champions for 2019.