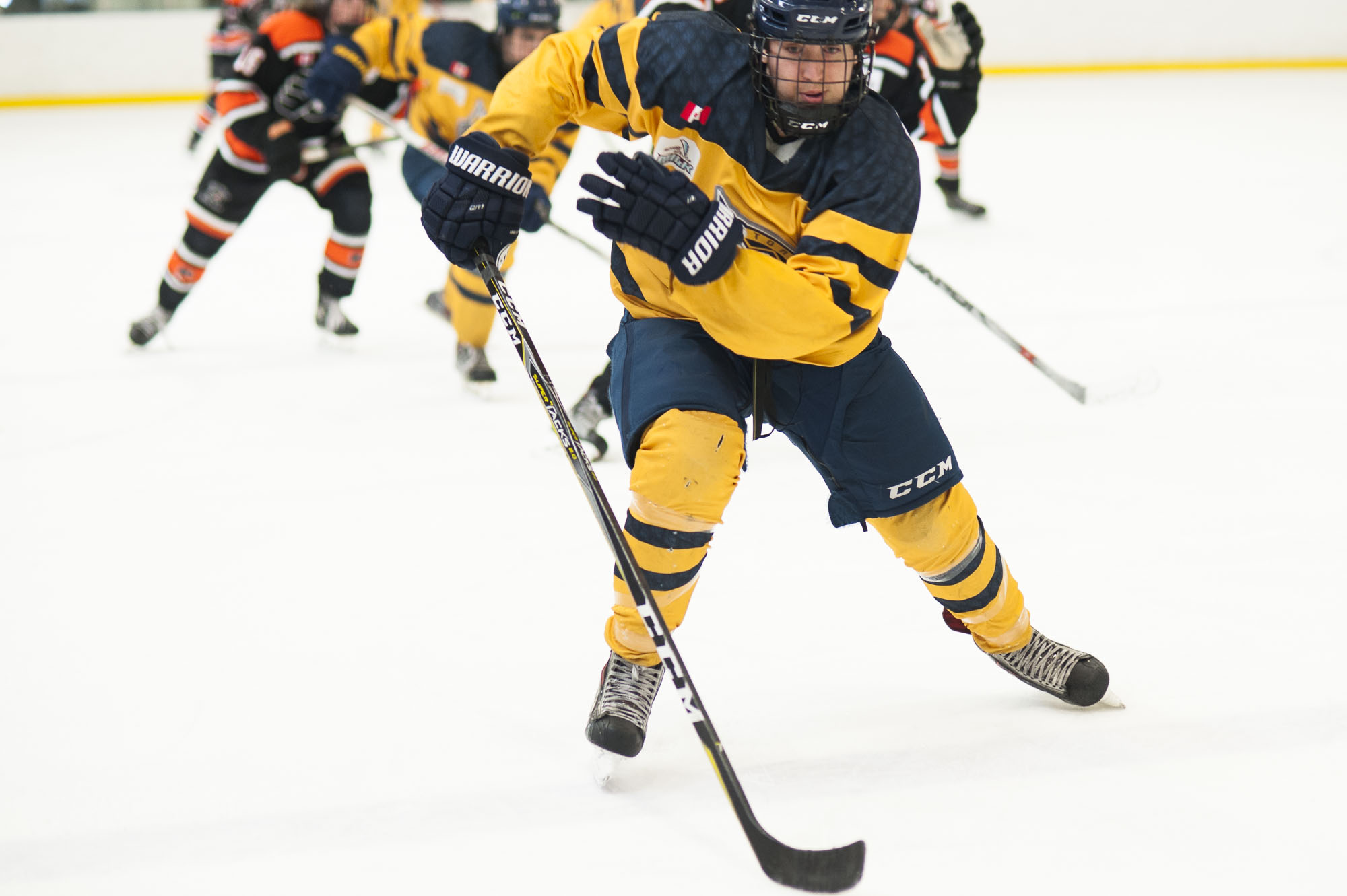 Summer growth spurts mean new suits and dress shoes have been purchased for the players headed into their Minor Midget “AAA” season. The new attire will make its debut when players step into arenas on September 4 to compete in the annual Toronto Titans Minor Midget Prospect Tournament. Over 50 teams from across North America will compete in the event, which has quickly become seen as a sneak peek at the season to come. For players like Eric Bonsteel of the Mississauga Senators, the tournament acts as an opportunity to test the waters prior to the start of the regular season.

“I’m very excited to kick off my Minor Midget season and looking forward to playing against some of the top teams in North America,”  said Bonsteel. “The Titans Tournament will be a good opportunity for our team to bond, and a great test to see how we perform.”

The pressure to perform well and gel quickly is a reality for all teams who will be attempting to impress scouts in the stands. T0urnament alum Riley Piercey was successful last season, winning the 10th annual tournament with the Toronto Marlboros. Piercey, who was drafted 16th overall by the Barrie Colts at the 2018 OHL Priority Selection, is familiar with the realities the early bird tournament can bring.

“It’s the Minor Midget year and we all know how big of a year that is,” said Piercey. “It’s your first chance to bond as a team and show what you and your team has to offer. You want to get in as many games as possible.”

Off the ice, Toronto Titans General Manager Eric Cella credits the success of the tournament with the quality of the product that’s offered, and that means making sure everything runs as smoothly as possible for everyone involved.

“Everyone is excited to start the season so we make every effort to eliminate, or at least minimize, the stresses that can come along with attending a tournament.”

Waterloo Wolves (ALLIANCE)
Last season’s ALLIANCE champions will be looking to prove themselves after falling short of a medal at the OHF Bantam Championships.