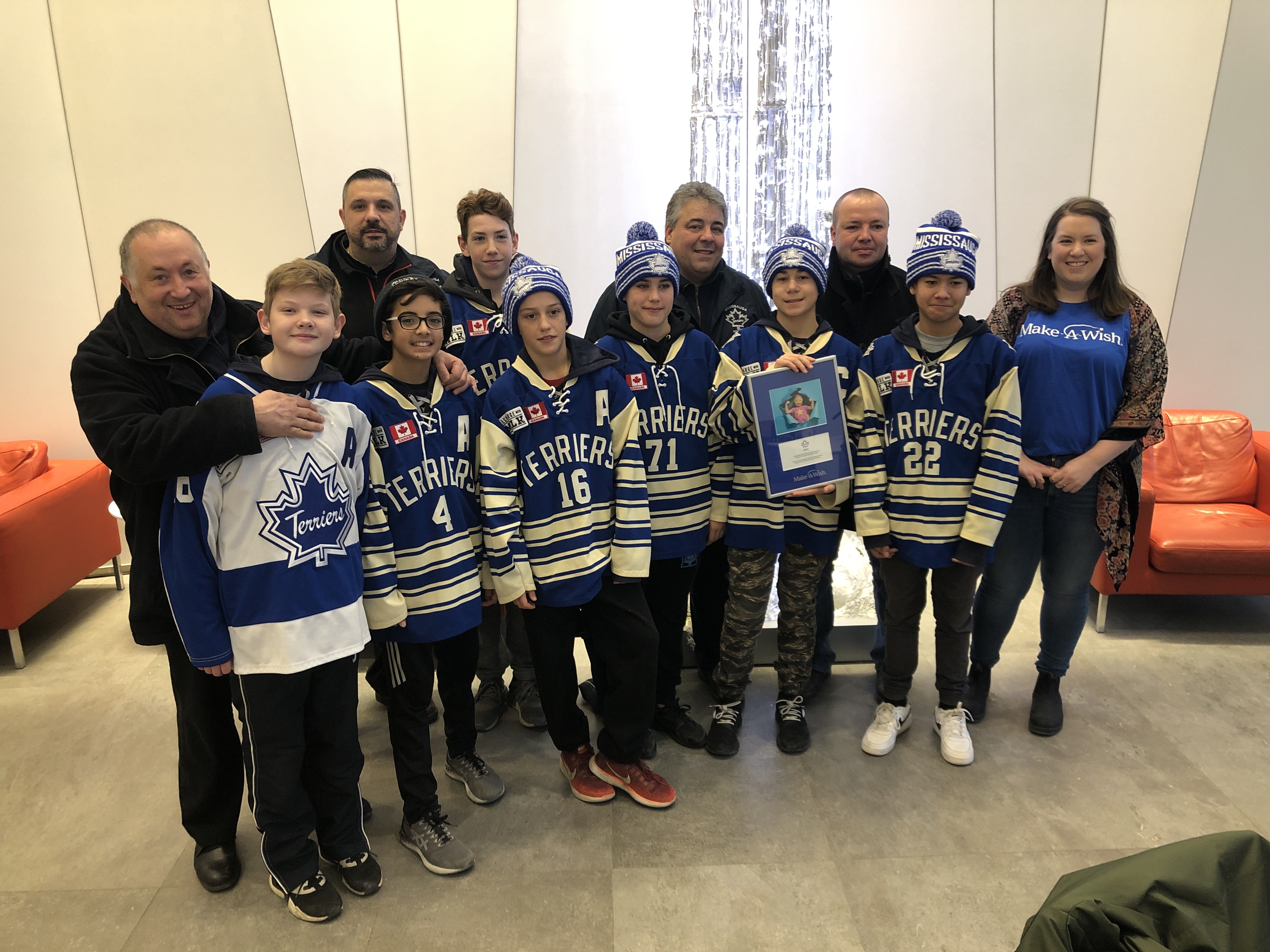 The competitive edge of minor hockey players has not diminished since on-ice activities have been put on pause. Instead of battling for pucks, players have channelled their competitive nature into giving back to the community. Who can raise the most money, collect the most donations, or perform the most impressive good deed, have just been some of the many challenges GTHL teams have taken on, and the U15 Mississauga Terriers are no exception.

During the 2019-20 season, the Terriers team raised over $10,000 for the Make-A-Wish Foundation, helping make a wish come true for a terminally ill child. With 2020 being a difficult year for many, the Terriers are working on replicating their campaign from last year.

“I got involved because I wanted my team to give something back to the community,” explained head coach John Henriques. “I wanted to show my players how fortunate they are because there are a lot of children their age that aren’t able to play sports and have a team experience.”

The team has gotten assistance from Stu Jefferies at Boom 97.3 who featured the team last year on his on-air segment titled “tell me something good.” The team was invited to the studio to speak about their fundraising experience live on air.

“The feedback from the kids on the team was amazing as they could stop talking about the experience until just after Christmas,” said Henriques. “Based on that we made a promise to get involved again this year.”

Even without hockey, the team is determined to continue to make a difference in the community. With Jefferies help again this year, the team is just $1,900 short of their $10,000 goal to help make a wish come true for a critically ill child.