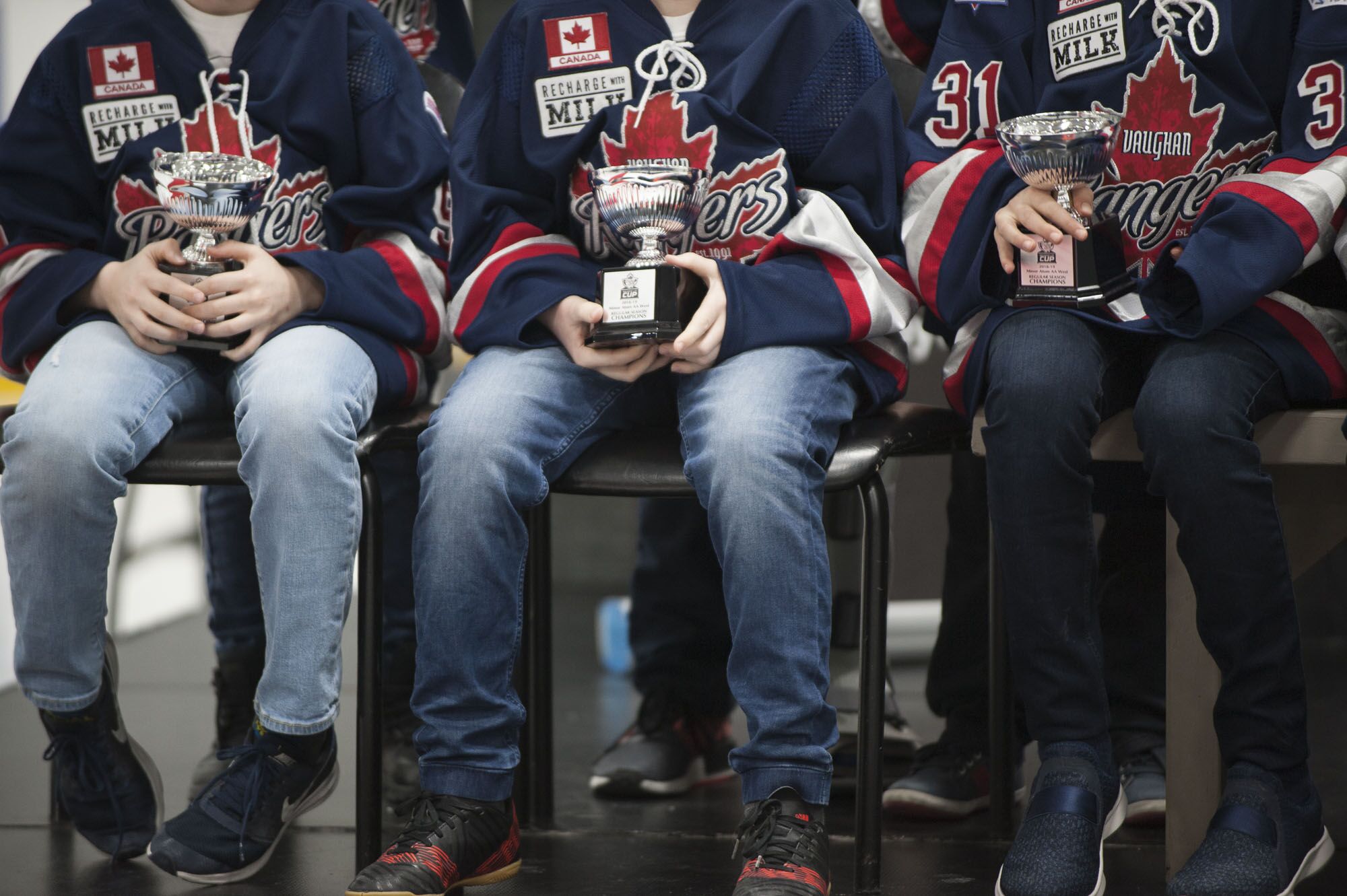 For brothers Benjamin and Jonah Bergel, capturing a Pro Hockey Life Cup Championship with their Atom “A” North Toronto team this season felt extra rewarding. Not only did the team narrowly miss out on the championship last season, but the North Toronto squad also had another motivating factor propelling their stellar performance on the ice.

“One of the boys on our team lost their Dad this past summer after a battle with cancer,” explained the Bergel twins. “We are dedicating this year to him so we are so happy to have done so well.”

The Atom-aged team will be one of 42 teams celebrating on Sunday at  Pro Hockey Life Cup Celebration Day at Scotiabank Pond. Each team will be presented with their championship trophy, while players will also receive their own individual trophy as well as giveaways from Pro Hockey Life.

“They [North Toronto Atom “A” team] are excited to get the trophy as they know that they are only one of two North Toronto teams to win this award, so they are very proud,” explained Head Coach Greg Kent. “They were so close last year losing in the one-game playoff for first place. They wanted another chance.”

Kent’s team will be one of many teams to walk across the stage for the first time as Pro Hockey Life Cup Champions, but a handful of teams celebrating on Sunday were able to conquer the feat of a repeat championship, including the Minor Bantam “AA” Streetsville Tigers.

“It was very difficult [to repeat] this year since body contact was introduced which made it more challenging,” explained Tigers player Daniel Stefi. “But each game we worked as a team, tried our hardest and we were able to stay at number one.”

A Pro Hockey Life Cup Championship still is no guarantee of another goal each team is now working towards: a Scotiabank GTHL Playoff title.

“We’re not satisfied yet,” said the Bergel twins. “Still a long way to go in the playoffs.”

Teams will be celebrating at Pro Hockey Life Cup Championship Day on Sunday, February 23 at Scotiabank Pond starting at 2 pm.