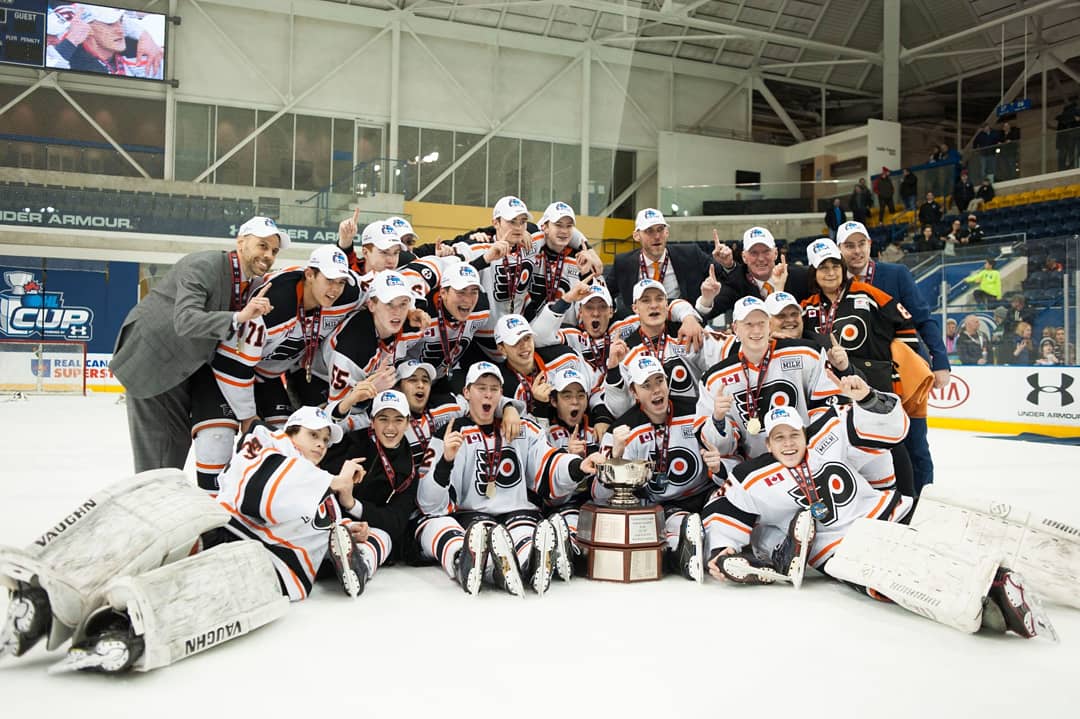 Ten years from now, hockey fans will ask themselves where they watched last night’s championship game. Most will say from the comfort of home, tuning into the Sportsnet broadcast. Others, the truly lucky ones, will be able to say they were there, at a packed Mattamy Athletic Centre – witness to one of the most entertaining and thrilling games in OHL Cup history.

While it would be inaccurate to call the high-powered Toronto Red Wings underdogs, it would not be untrue to proclaim Don Mills as the clear favorite – a team who came into Monday’s game undefeated, scoring 34 goals in the tournament and allowing only five against in the process.

Yet, minutes into the first period, it was the Red Wings who looked like the powerhouse who went undefeated in regular season play, fore-checking relentlessly, and scoring two quick goals courtesy of forward Justin Ertel and defenseman Owen Simpson. Tournament leading scorer Shane Wright would briefly halve the Red Wings lead until Francesco Pinelli’s perfectly placed one-timer off the post and in sent Don Mills to the room down 3-1.

“Not the best start we were looking for clearly, our nerves kicked in a little bit there, and a little bit of pressure” said Flyers Head Coach Marc Slawson post-game. Slawson and his coaching staff urged his team to bear down on their execution levels, while also realizing there was two periods and lots of time left.

The Flyers would be left with just under two periods to claw their way back when Chandler Romeo extended the Red Wings lead to 4-1 within the first minute of the second frame. But claw back they did. First, it was Eddie Moskowitz on a nice cross-crease pass, and then it was Brennan Othmann left wide open out front, and suddenly it’s a one-goal game going into the third.

“We never even thought losing was an option at that point, we knew we were more composed, and we knew we could come out on top” explained defenseman Brandt Clarke, who led all rearguards in scoring through the tournament.

The Flyers finally pulled even on an Alex Christopoulos tip from a Roman Schmidt point shot, but the Red Wings went ahead soon after as Adam Fantilli barrelled down the wing and put it in through a myriad of sticks. Accustomed to adversity on and off the ice, Flyers Christopoulos played the role of Mr. Clutch again, unleashing a bullet of a wrist shot passed Joshua Rosenzweig with less than five minutes to play.

Off to overtime the two teams went, and if there is one thing this Don Mills team thrives in, it’s extra hockey. They came back against the Ottawa Valley Titans to win the Bantam Provincial Championships last year, and knocked off the Toronto Young Nationals in the extra frame at the Marlies Holiday Classic in December. As the period started, it seemed the Red Wings had plans to end that good luck, forward Nolan Dann in particular seemed eager to take the game in his own hands with some amazing individual efforts near the goal. But, what the Red Wings didn’t have was the duo of Wright and Othmann, forwards and best friends who have played together for the last three years. Clarke would send a flip to Wright, who fed Othmann on the two-on-one, ripping it past the Red Wings goalie and officially completing the comeback

“I hopped on the ice as Shane crossed the blue line and I saw the two on one Shane to Brennan, and I knew it was over before Shane made the pass” stated captain Ethan Mistry post-game.“The chemistry they have is unbelievable, and it was really cool to see them come down together because I knew It was over right then and there”.

Speaking post-game, Coach Slawson spoke of feelings of relief, but also how incredibly proud he was of what this group has been able to accomplish.

“To do it with this group is special, obviously, everyone knows the history, and what we’ve been through as a family so to come through and win this for Roy and Vas and Krissy and Vana means everything for us”. 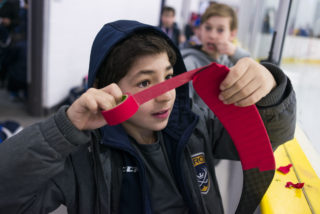