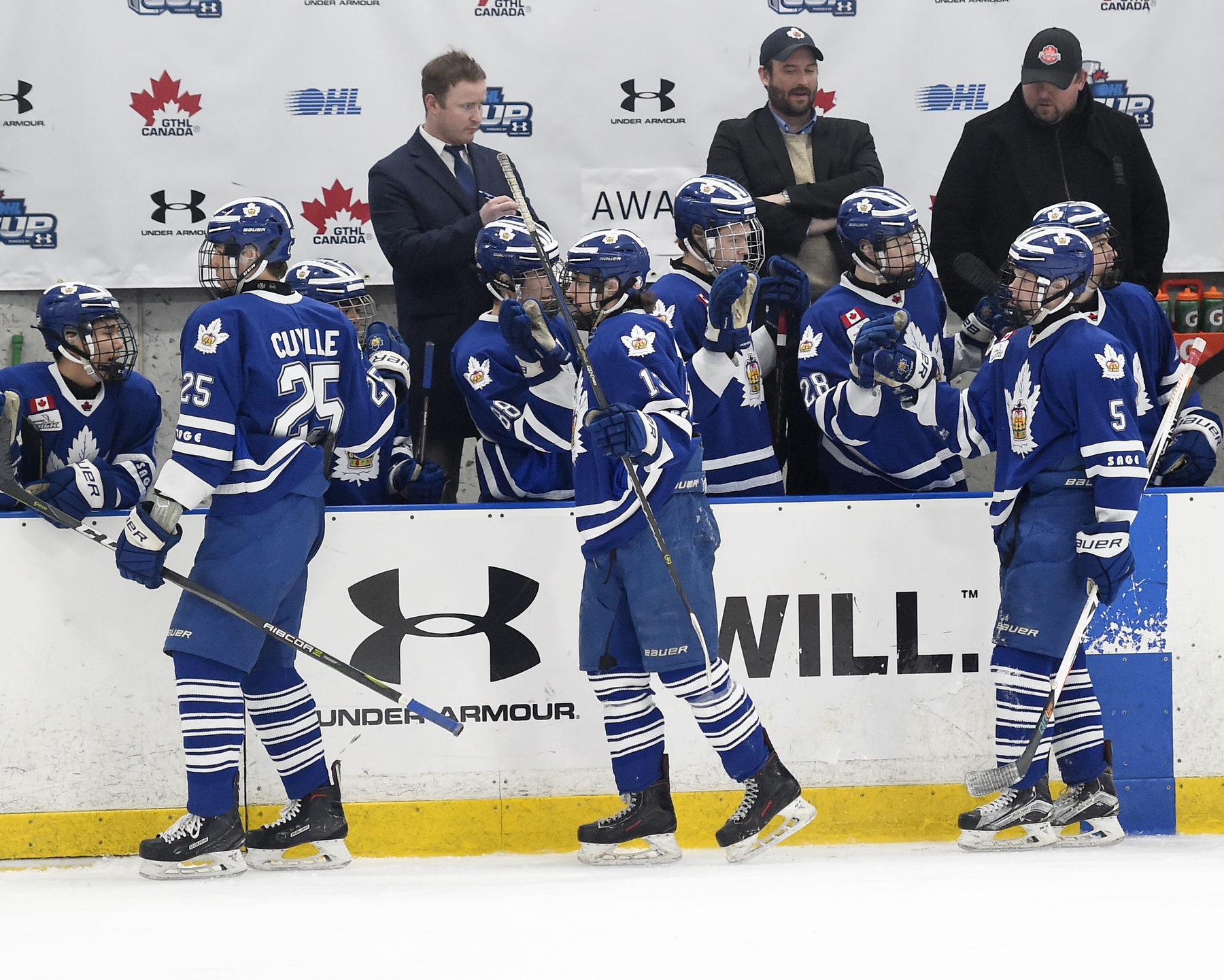 Mississauga Senators vs. York-Simcoe Express | Express win 6-2
A win over the Senators helped York-Simcoe secure a quarter-final spot on Saturday. The Express will play the Oakville Rangers at 12:15.

Vaughan Kings vs. London Jr. Knights | Kings win 4-1
Down 1-0 mid-way through the second, the Vaughan Kings would score four unanswered goals to earn a quarter-final spot and first place in the Lindros Division. The Kings will face fellow GTHLers, the Mississauga Reps.

Cambridge Hawks vs. Toronto Marlboros | Marlboros win 5-3
Down 2-1 heading into the third period, the Marlboros would pull off some late-game magic – something that their opponents have now become familiar with. Back-to-back goals by Stephen Halliday, in addition to Will Cuylle’s third of the tournament, would help secure a win for the Marlboros in their first game of the day.

Brantford 99ers vs. Toronto Jr. Canadiens | Jr. Canadiens win 5-2
With first place in the Subban Division up for grabs, the Jr. Canadiens earn the lead four minutes into the second period on a powerplay goal from Aydin Parekh. The goals would keep coming for the Jr. Canadiens, who would go on to claim top spot in the division.

TPH Thunder vs. Mississauga Rebels | TPH win 8-2
An 8-2 loss to TPH would officially eliminate the Mississauga Rebels from the 2018 OHL Cup. After winning their Wild Card Play-In Game in the third overtime, the Rebels went 1-3-0 in the tournament.

Toronto Marlboros vs. Sun County Panthers | Marlboros win 6-2
With both teams stepping onto the ice as guaranteed quarter-finalists, the Marlboros second game of the day would determine who their opponents would be. A breakout hat trick performance by Will Cuylle would help lift the Marlboros to first in the Nash Division. The Marlboros will face the Barrie Jr. Colts in the quarter-finals.

Don Mills Flyers vs. Brantford 99ers | Flyers win 6-4
Already eliminated from the tournament, the 5-3 victory was a moral one for the Don Mills Flyers, who earned a spot in the tournament via a Wild Card Play-In win. The Flyers end their OHL Cup run with a 1-2-1 record.