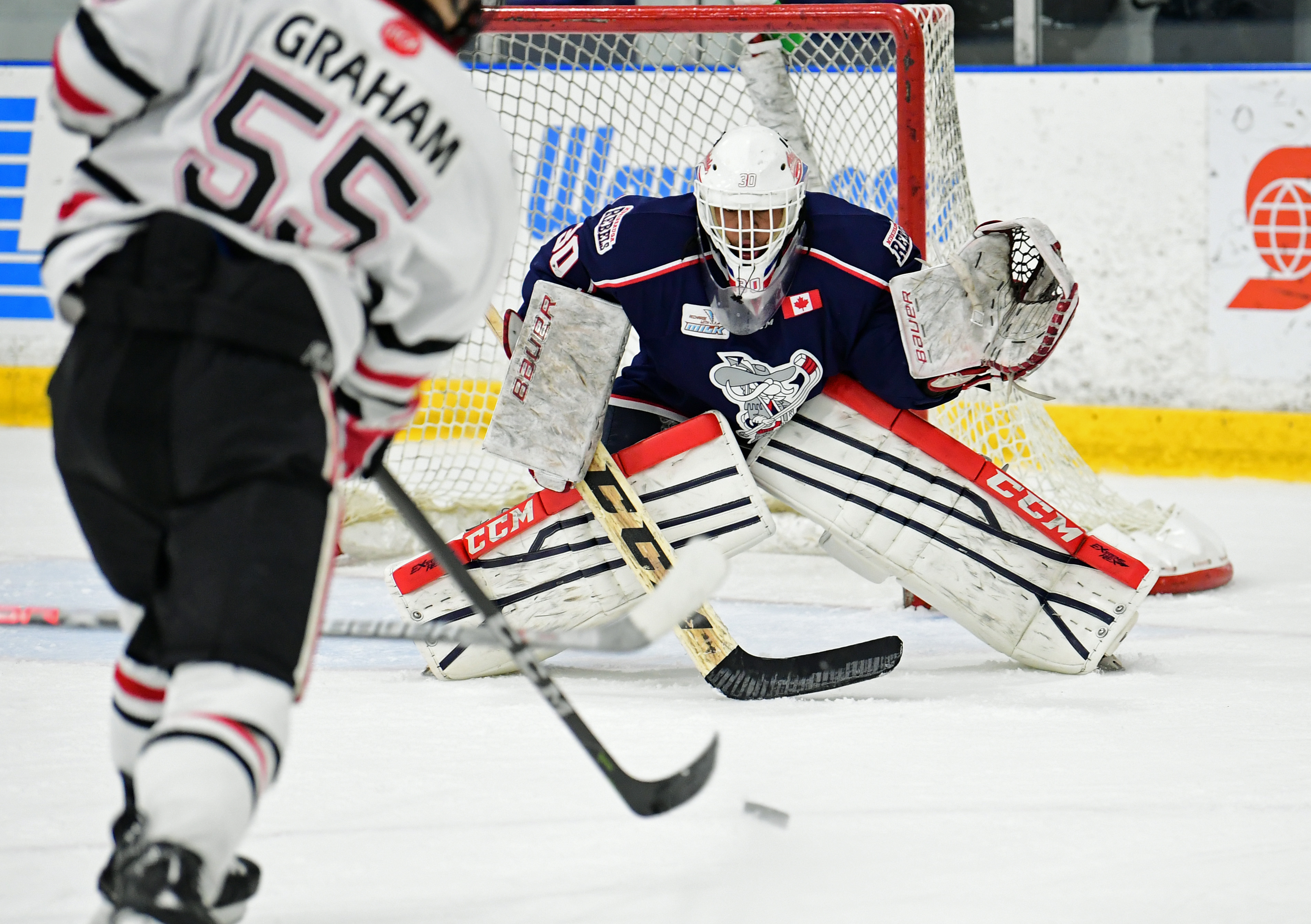 Vaughan Kings vs. Peterborough Jr. Petes | Kings win 9-1
Seven different goal scorers helped the Kings hand Peterborough their first loss of the tournament. With a 2-0-1 record, the Kings now sit first in the Lindros division ahead of Peterborough.

Thunder Bay Kings vs. Don Mills Flyers
Down 2-0 midway through the second, a comeback by the Flyers fell just short as they settled for a 3-3 tie with the Thunder Bay Kings. Two third period goals earned Flyers forward Owen Saye the MVP honours for his team. The Flyers will finish off the round-robin tomorrow against the Brantford 99ers.

Mississauga Rebels vs. Mississauga Senators
The Rebels extended their winning streak against the Senators to four on the season, earning themselves the first round-robin victory of the 2018 OHL Cup. The Rebels will play TPH on Friday at noon, while the Senators get set to face the undefeated York-Simcoe Express at 8:00 a.m.