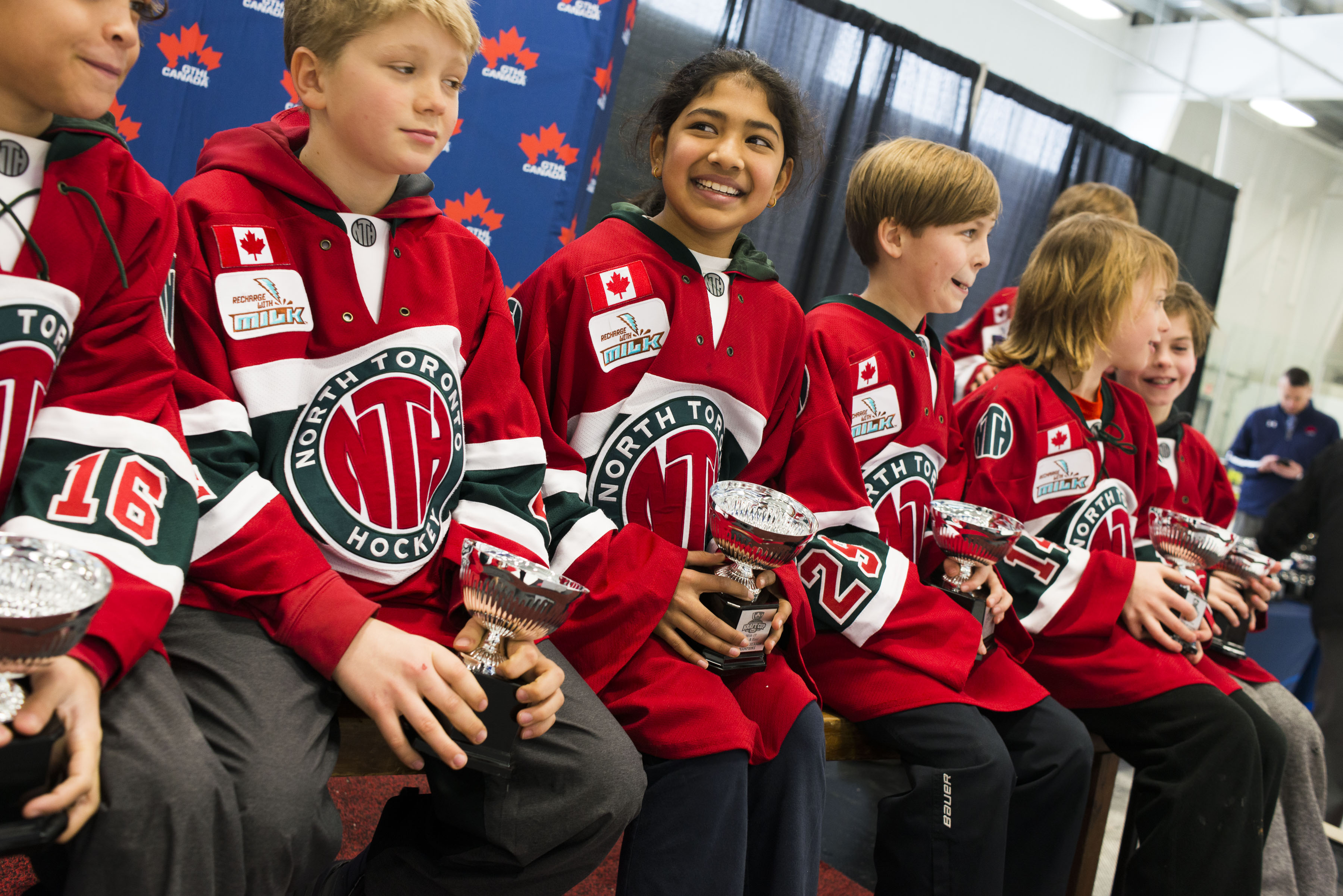 “It felt really good finishing in first and winning because it meant all the hours we put on the ice paid off,” said Riley McCormick, a defenceman with the winning West Mall Lightning Atom “A” team. “I’m looking forward to holding the cup and celebrating with my team.”

Riley’s Lightning squad are one of 28 teams who will be walking across the stage for the first time. The remaining 15 teams will be partaking in championship day for the second straight season after winning back-to-back championships. Jake Moss of North Toronto Atom “A” will be walking across the stage for a second time after his team accomplished a difficult feat, finishing the season with only one loss.

“It feels awesome to win again, our team works really hard,” said Moss, who is familiar with championship day procedures. “My favourite part is when they call our names.”

After narrowly missing out on the championship last season, a Pro Hockey Life Cup was a long time coming for the Streetsville Tigers Peewee “AA” team.

“It was devastating last year that we were the top team for most of the season,” explained Tigers player Joshua Crewe. “We ended up tied and had a one-game playoff and lost. Winning the Pro Hockey Life Cup this year felt good because we know we are going into the playoffs as the first place team.”

While players temporarily revel in their championship wins, they will quickly shift their focus back to winning another championship – a Scotiabank GTHL Playoff title. Charlie Shuttleworth‘s Minor Atom “AA” Scarborough Young Bruins are one of many Pro Hockey Life Cup winning teams who have their eyes set on a second title.

“All of the teams playing are very strong and we will have to work twice as hard,” said Shuttleworth when asked about the post-season.”To get ready, we are having extra practices. Our team also plays lacrosse to help.”

For the time being, Shuttleworth is just looking forward to the celebrations on Sunday.

“I’m excited about being with my teammates and seeing the support for our team.”

Each team will be presented with their championship trophy, while players will also receive their own individual trophy as well as giveaways from Pro Hockey Life. Celebrations begin at 2 p.m. on Sunday, February 24 at Scotiabank Pond.