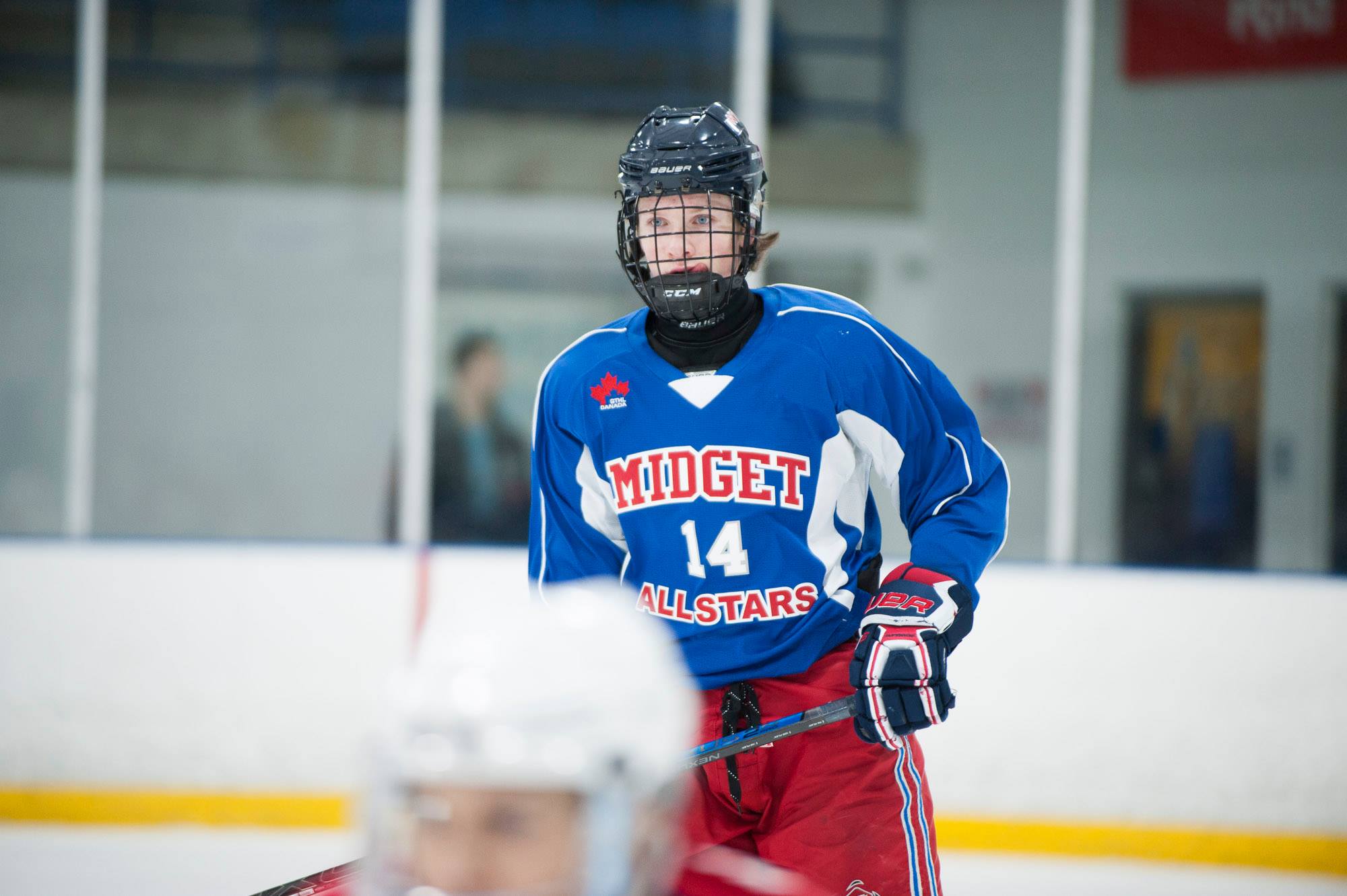 Liam Kennedy has earned many accolades throughout his ten-year GTHL career. An OHL Cup in 2018 and a Pro Hockey Life Cup the season after are just a few of many trophies and medals on his shelf. On Tuesday, Kennedy will add the title of Midget “AAA” All-Star to an already impressive hockey resume.

“I have heard many great things about the Midget All-Star Game,” said the Jr. Canadiens forward. “I’m looking forward to playing with new people and friends that I haven’t had a chance to be on the same team with in the past years.”

The 19th annual rendition of the event will take place on December 17 at 7:30 pm at Scotiabank Pond and will feature 42 of the top players from the Midget “AAA” loop. Seven players participating in the game were selected at the 2019 OHL Priority Selection in the spring, while others will aim to be chosen at the OHL U18 Priority Selection this coming April. Eight players from last year’s Midget “AAA” All-Star Game were selected in the 2019 OHL U18 Draft.

The goals of participating players vary, but the common theme of striving to play at a higher level remains consistent among the Midget “AAA” age group.

“Moving forward I want to play at the highest level possible,” explained Jack Budd, a defenceman with the Toronto Red Wings. “I hope to play in the NHL one day.”

At the GTHL level, Midget “AAA” League play has been tight and competitive, with only three points separating the third and first-place teams. The first place Mississauga Rebels have seven players represented on Team Blue, while the second seeded Toronto Titans have six players on Team Red.

Admission to the 19th annual Midget “AAA” All-Star Game is free of charge. Click here to see a full roster.