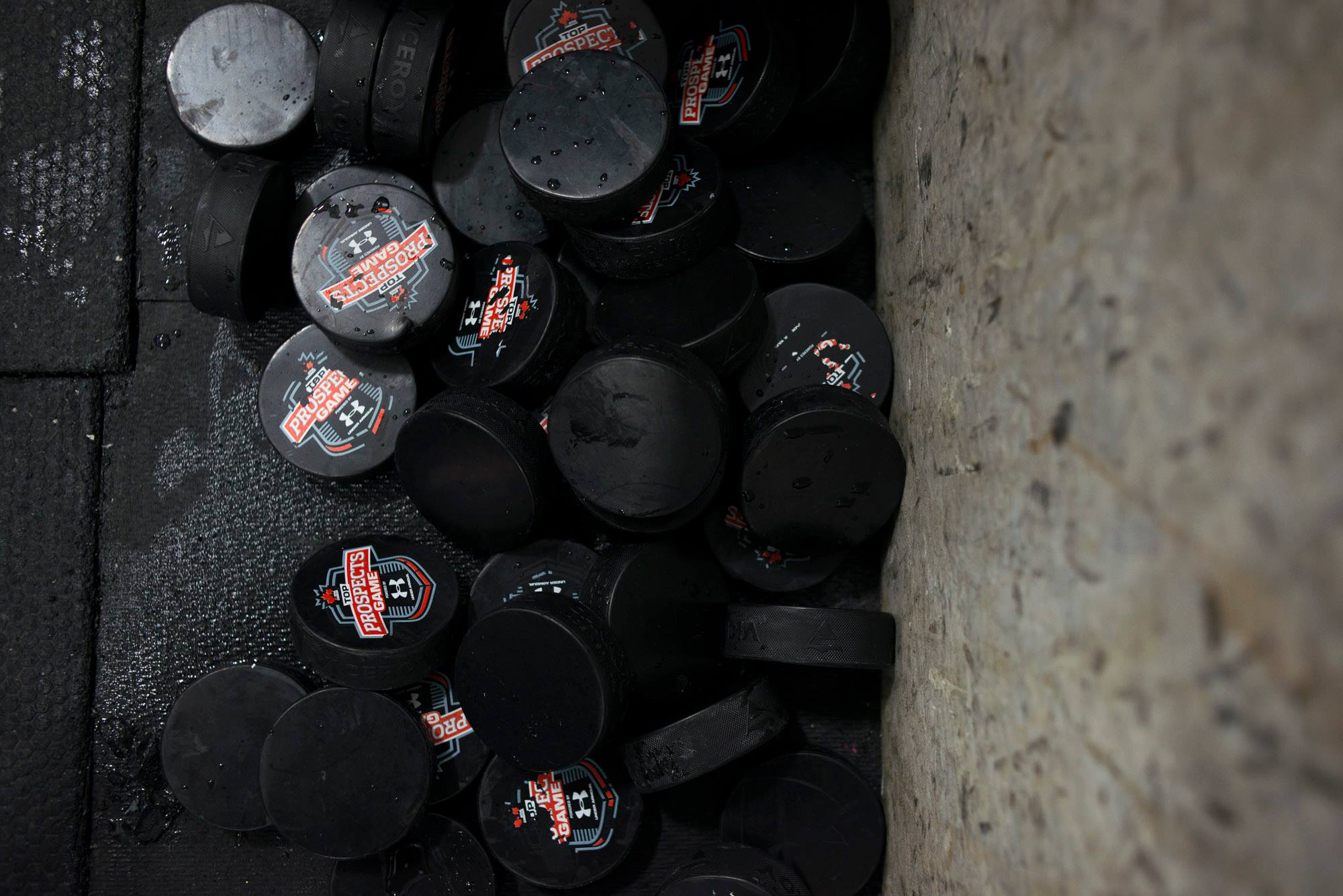 Fimis, Downey, and Leonard are a few of the 40 soon-to-be household names will take to the ice at Scotiabank Pond for the 11th annual GTHL Top Prospects Game, Powered by Under Armour on Tuesday, December 10. Following in the footsteps of NHL superstars that came before them, the 40 prospects from ten GTHL Minor Midget “AAA” teams will be backed by six celebrity coaches in Wendel Clark, Darcy Tucker, Laura Stacey, Shayne Corson, Mike Weaver, and Wayne Primeau.

“It prepared me [for the next level] by playing against top-level players,” explained Shane Wright – the first overall pick at the 2019 OHL Priority Selection and member of the Don Mills Flyers at the time of his top prospects participation. “It was great playing in front of a big crowd and was a great atmosphere. Players should take the time to enjoy it and soak it all in.”

Team Stacey-Primeau-Tucker and Team Clark-Weaver-Corson will each feature two goaltenders, six defencemen and 12 forwards. The first place Jr. Canadiens lead all clubs with nine players participating, followed by the third place Toronto Young Nationals with eight. Fellow teammates will be divided between the two rosters.

“I am looking forward to a really fun night playing with and against friends that I have made through my years playing in the G,” said Luke Devlin, a forward with the Toronto Marlboros. “I was thrilled and so grateful to have been selected.”

If last year is any indication, the competition will be tight and fast-paced, with players doing everything they can to catch the attention of scouts.

“I’m so excited for the crowd, I’ve never played in front of that many people,” said Toronto Young Nationals goaltender Kyle Downey. “I just want to play the way I know how to.”

Players will hit the ice for the 11th Annual GTHL Top Prospects Game, Powered by Under Armour on Tuesday, December 10 at 7:30 p.m. at Scotiabank Pond. Click here to purchase tickets.

GameOnStream will be recording the game. A copy will be made available on GTHLCanada.com at a later date.

Join the conversation on social media at #GTHLTopProspects

GTHL Mourns the Passing of Marlowe Stoudamire
6 days ago