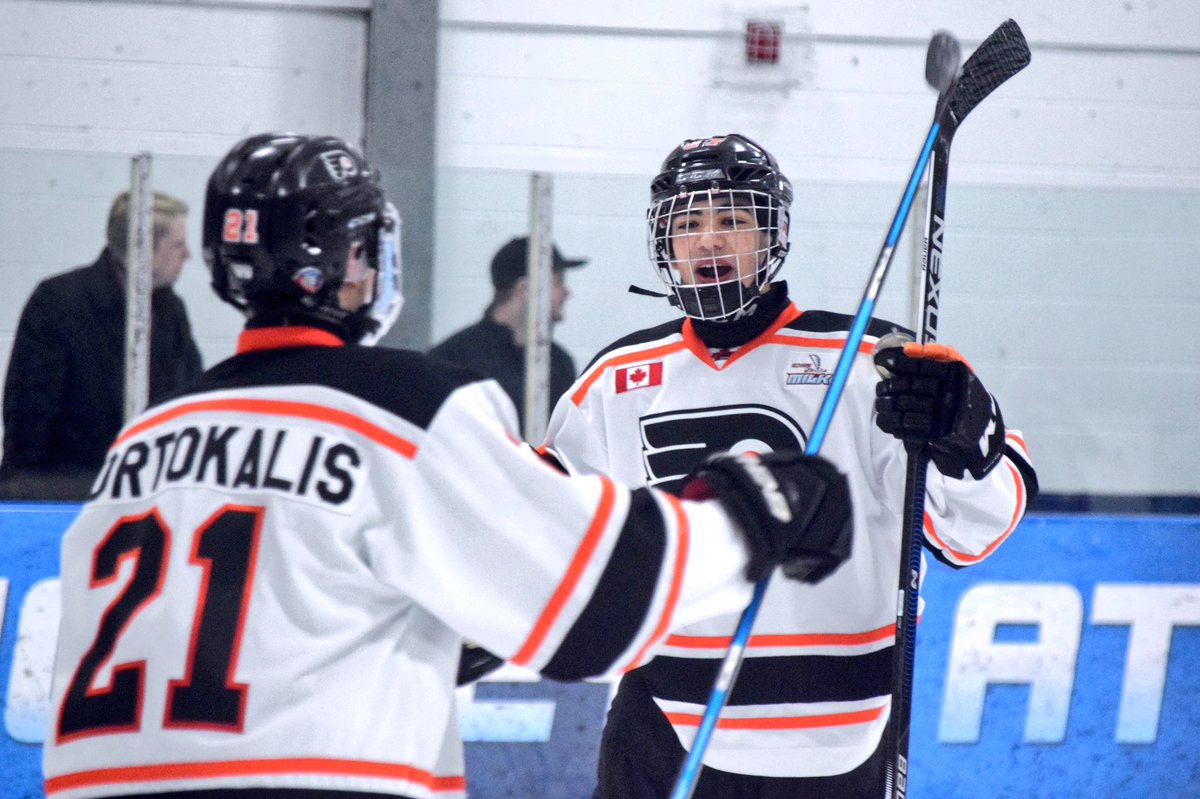 Before the quest for the 218 OHL Cup Powered by Under Armour begins, ten teams will go head-to-head in Wild Card Play-In matchups to determine their fate at the tournament. If history is any indication, these teams aren’t to be underestimated. Just last year, the Mississauga Reps went on to raise the Cup after winning their Wild Card Play-In Game against the Halton Hurricanes.

Four GTHL teams will be featured in the five Wild Card matchups taking place on Tuesday, March 13 at Scotiabank Pond. The winners of each game will go on to compete in the OHL Cup round-robin. All games are live streamed on GameOnStream.

WC 1 – 10 a.m. – Sun County Panthers vs. Toronto Titans (GHTL)
Finishing seventh in the GTHL Regular Season standings, the Toronto Titans entered the Scotiabank GTHL Playoffs on a three game winning streak. Despite their hot finish, the Titans weren’t able to fend off the second-seeded Mississauga Reps in the first round. The team put up a fight against the Mississauga Rebels in their Wild Card Play-In Series, ultimately falling to the Rebels in seven games.

The Titans will be matched up against a win-hungry Sun Country Panthers squad. Despite a winning regular season record, the Panthers lost three games straight against the Cambridge Hawks in their six point Semi-Final Wild Card Series.

WC 2 – 12:00 p.m. – Detroit Little Caesars (USA) vs. Don Mills Flyers (GTHL)
A game seven overtime goal by the Mississauga Senators was the nail in the coffin for the Don Mills Flyers – or so they thought. Tuesday’s tilt with Detroit Little Caesars will be the ultimate opportunity for the Flyers to redeem themselves. The game will mark the second meeting between the two squads this season. The Flyers defeated Little Caesars 2-1 in overtime at tournament matchup back in October.

WC 3 – 12:30 p.m. – Quinte Red Devils (OMHA – ETA) vs. Mississauga Senators (GTHL)
After finishing eighth in the GTHL Regular Season standings, the Mississauga Senators were swept in the first round of the Scotiabank GTHL Playoffs by the red hot Toronto Marlboros. Despite finishing almost 15 points back of the Don Mills Flyers in the regular season, the Sens prevailed to defeat the Flyers in their Wild Card Play-In Series. The Sens will have to keep up their momentum as they face off against the Quinte Red Devils – the fifth-place team at the OMHA Championships.

The Niagara North Stars finished the regular season as the second seed behind the Oakville Rangers, recording four more wins than their Wild Card opponents. After a disappointing performance in qualifiers, the North Stars will be hungry to prove themselves as contenders.

WC 5 – 4:00 p.m. – Grey Bruce Highlanders (OMHA – SCTA) vs. Mississauga Rebels (GTHL)
After finishing losing their SCTA semi-final, the Grey-Bruce Highlanders landed a Wild Card spot after defeating the Brampton 45s in a one game play-in. Their opponents, the Mississauga Rebels, are hungry to prove themselves as OHL Cup contenders after defeating the Toronto Titans in their play-in series.

“In a one-game elimination format anything is possible,” explained Rebels Head Coach, Henry Fung. “We will continue to focus on the key elements that have given us this opportunity such as trusting each other, keeping our play simple and making sacrifices for one another.”

The Rebels were eliminated from the Scotiabank GTHL Playoffs in the first round by the Jr. Canadiens.

Click here to learn more about how wild card teams are determined.

The Race to be Right
1 week ago