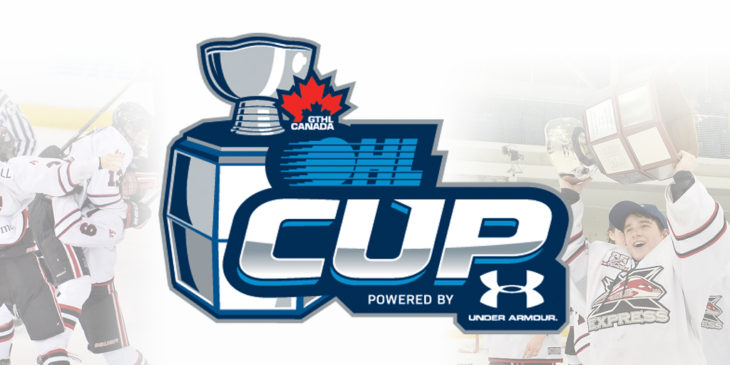 Toronto, ON – The weekly rankings are determined by a panel of OHL Central Scouting Staff and represent the top teams that are competing to play in the annual year-end championship tournament which takes place March 14-20, 2017.  All games will be played at the Scotiabank Pond in Toronto until the Championship Final moves to the Mattamy Athletic Centre on Monday March 20.

Minor Midget playoff action wrapped up over the weekend in both the GTHL and ALLIANCE with the Mississauga Rebels and London Jr. Knights emerging victorious in their respective league finals.  The Rebels overtook the Toronto Marlboros 8-6 in points, while the top ranked Knights defeated the Waterloo Wolves 7-1 in points.  The Cambridge Hawks also became the final team to secure an OHL Cup berth defeating the Kitchener Jr. Rangers 2 games to 0 qualifying as the ALLIANCE’s third entry.

The four winners of the Wild Card Play-In Games will join 16 other clubs who earned their qualification through league play and regional representation.

The showcase provides fans and scouts one last opportunity to see many of the top minor midget aged players from across Ontario and parts of the United States compete for the OHL Cup performing against the best competition prior to the 2017 OHL Priority Selection.