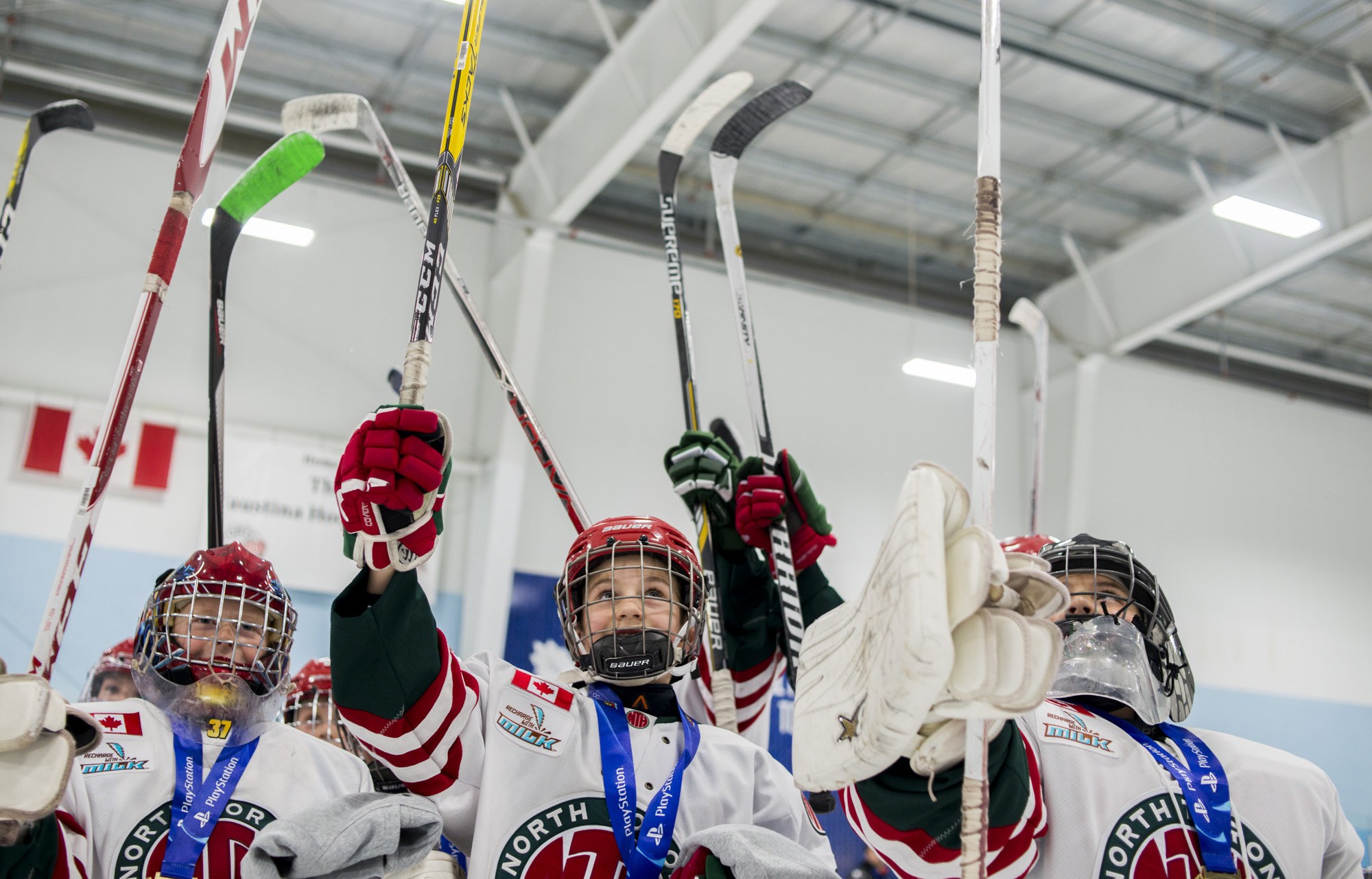 For teams who were fortunate enough to earn a GTHL playoff championship, there is one more trophy they’re hoping to raise to finish off the season. The 2017 OHF Championships run April 7 to 9 in arenas across the province. Champions from ALLIANCE, NOHA, OMHA, and GTHL, as well as the hosts in each division, will battle it out for provincial hockey supremacy. Here’s a preview of the competing divisions.

North Toronto has been a force to be reckoned with in the Atom A loop.  After winning the Kraft Cup with a 31-2-3 regular season record, they managed to defeat the Vaughan Rangers – another Kraft Cup winning team – in six games to take the crown as playoff champions. North Toronto punched their ticket to the OHF Championships by defeating the Erindale Spitfires in two games in the GTHL A Championships.

Like their Atom A counterparts, the North Toronto Atom AA squad posted an impressive 32-1-3 regular season record – enough to earn them the title as Kraft Cup champs. Their momentum continued into the playoffs where they defeated a strong Streetsville Tigers team in seven games.

As hosts, the Vaughan Rangers will also be a team to watch. After finishing second in the regular season, the Rangers fell to the Tigers in the semi-finals after five games. Expect the well-rested Rangers to put up a fight.

After winning the Kraft Cup by a long shot, the Mississauga Senators took the second place Toronto Jr. Canadiens to eight games before the Sens were decided as GTHL playoff champions. Will fatigue set in for the Sens, or will the playoffs have prepared them for what’s ahead?

The West Hill Golden Hawks were almost an OHF Cinderella story until the Port Credit Storm rained on their parade. The unstoppable Storm breezed through the MHL playoffs before defeating the Golden Hawks in two games in the GTHL A Championships. The MHL regular season champs will represent the GTHL at the OHF Championships.

The road to Timmins hasn’t always been smooth sailing for the Sharks. After narrowly winning the Kraft Cup, the Sharks fought their way through a nail-biting semi-final before winning the playoff championship with ease. The Sharks will hope to bring home an OHF Bantam AA Championship for the GTHL first time since 2014-15.

The Lorne Park Clarkson Wild are the only hosting team to have also won the city finals. Since the Wild would be attending regardless as hosts, the runner-up Hillcrest Canadiens punched their ticket to the championship by winning the GTHL playoff title. The championship could potentially see a rematch of the GTHL A Championships between the Canadiens and Wild.

After a series that made the GTHL record books, the Mississauga Jets came out victorious against the Streetsville Tigers to take the title as GTHL playoff champs. The Jets will try to follow in the footsteps of last year’s Midget AA Jets team who took home an OHF Championship.

The Toronto Colts will try to win their second consecutive OHF Championship and fourth straight for the GTHL. The Colts swept the Huskies in the finals to follow up their Kraft Cup with a GTHL playoff championship. Will they add to their trophy case?