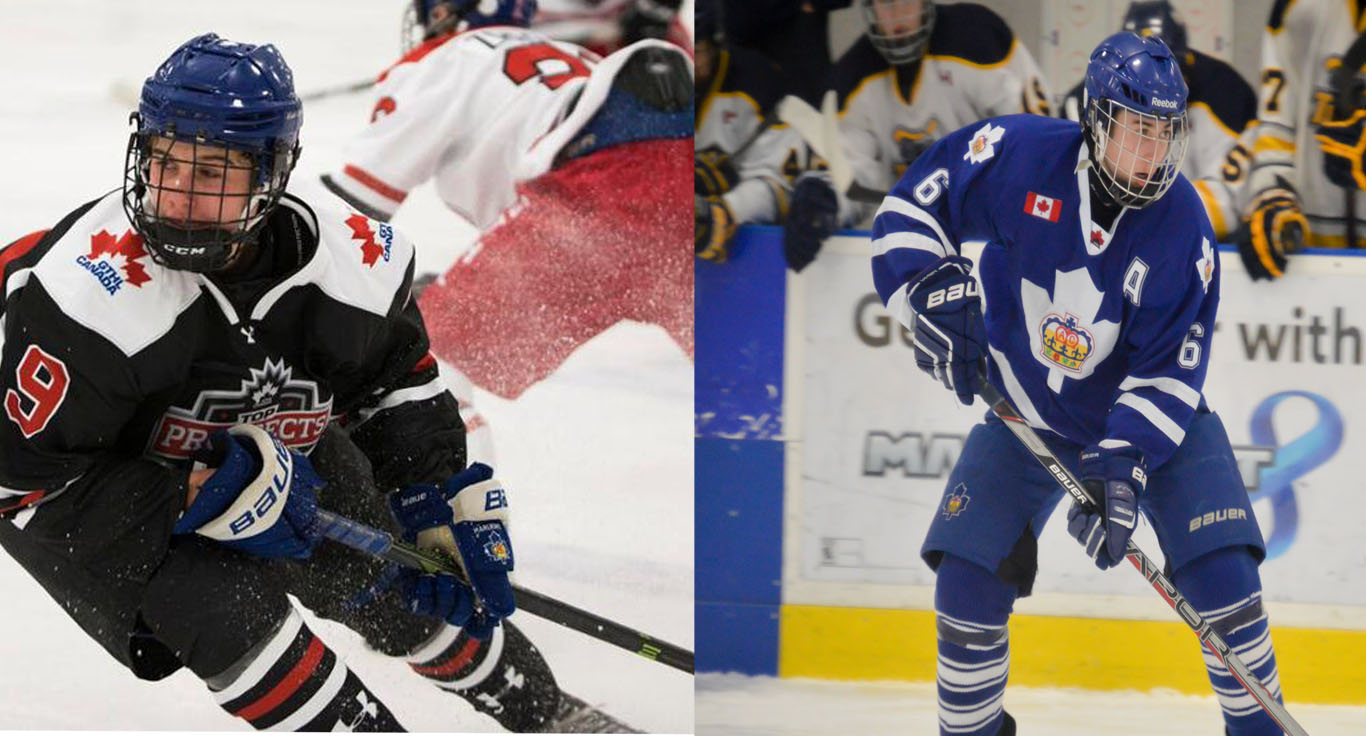 There are countless options at a hockey player’s disposal to their performance. Magical elixirs to be consumed post game. Special workout routines in the off season to come to camp lean and mean. And let’s not forget sticks that are getting exponentially lighter and simultaneously easier to break.

But perhaps the best and sometimes cheapest option for self-improvement is right at home: a sibling. If he was younger, you strapped the pads on him and practiced your shot in the garage. Twins are always on the same team, playing keep away on the power play. An older brother was one you modeled your game after, following around the rink in hopes that his skills would be passed down to you. Above all, the competitiveness between siblings on the ice, the drive to one-up the other leads to both players improving.

The GTHL has had its fair share of dynamic brothers, and the latest duo to hopefully make their mark at the games’ highest level is Quintin Hughes and Jack Hughes.

The older brother, Quinn, a Toronto Marlboros graduate, has amassed an impressive resume as an 18-year old, helping lead Michigan University to a Frozen Four berth as a freshman – exciting a Vancouver Canucks team that believes they got a steal with the seventh overall pick at the 2018 NHL Draft.

Lofty standards to reach? Well, Jack just put up a combined 116 points in a mere 60 games shuttling between the U17 and U18 teams at the U.S. National Team Development Program. It seems a lock that the Mississauga Rebels and Toronto Marlbroros alum will be the first name called in the upcoming NHL Draft.  If so, the Hughes would be the first GTHL brother tandem to both be selected in the first round since brothers Ryan and Dylan Strome in the 2011 and 2015 renditions respectively.

Quintin joined the Marlies in Atom, alongside the likes of current Mississauga Steelhead Ryan McLeod for six seasons.

“He just got better every year,” said McLeod. “He had a really good base, great parents who taught him really well.” The parents he was referring to, Jim and Ellen, were both former Division 1 athletes, and it was Jim’s work that brought him and his family to Toronto when he was hired as the Director of Player Personnel for the Toronto Maple Leafs.

With that wealth of experience in the household, it is no wonder that Quintin, Jack and their youngest brother Luke are moving through the hockey ranks.

Quintin is revered for his smooth, effortless skating stride, but what’s one area of his game that doesn’t get as much attention as it deserves? “Everyone kind of knocks him for his defensive play because he’s so offensive,” stated McLeod, who says that in reality, because he’s always tracking the play so well with skating, he’s rarely out of position.

When Jack joined the Mississauga Rebels in Peewee, head coach Geoff Schomogyi knew early on he had a special talent in his midst.

“He’s just a special player. Even at a young age you could just tell,” Schomogyi recalls. “One of those kids you just couldn’t get off the ice, who just loves being around the game.”

Hughes’ elite-level skill allowed him, born in 2001, to play a year up with the 2000 age group during his Bantam season, with his elusiveness certainly needing to make up for his lack of size.

Riley Damiani, who captained those dynamic Rebels teams and currently applies his trade with the Kitchener Rangers, remembers how Jack would deal with the proverbial target on his back. “He just stayed even keel for the most part,” said Damiani. “He’s always playing with guys who are older, bigger, stronger then he was and he never backed down from anybody.”

With draft talk heating up, Damiani believes that Jack has the skill, demeanor and work ethic to not only go first overall, but make an impact right away.

Social media has been abuzz with hope that Vancouver will get that first pick, and reunite the brothers on the same team. No matter if they end up playing with or against each other, outsiders are confident they’ll continue to bring out the best in each other.