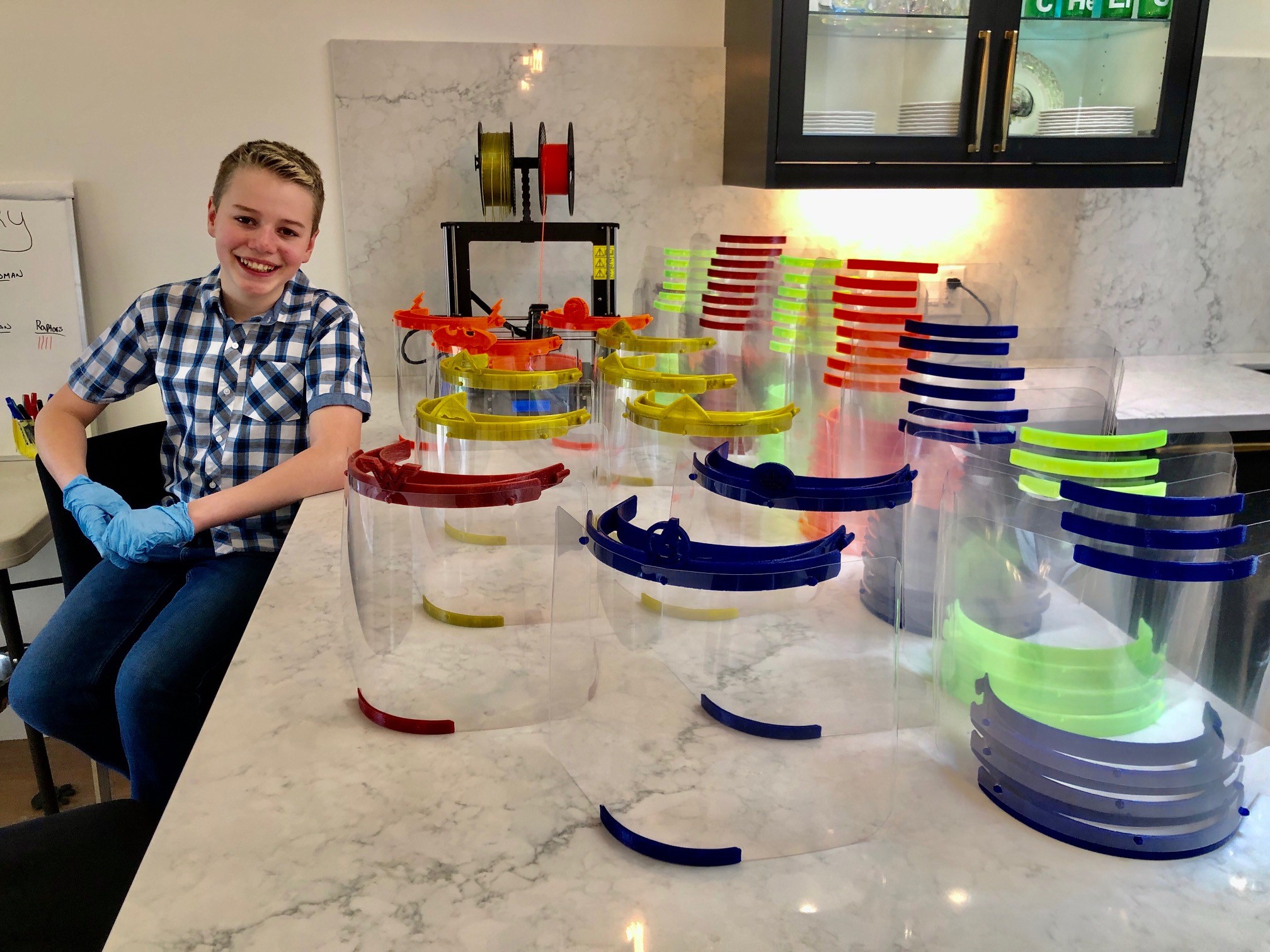 Warren Richmond Kalaci is used to wearing a mask. Starting in net for the past four seasons, the now 12-year-old netminder for North Toronto has been focused on a different kind of mask since the start of the COVID pandemic. With many hospital workers donning plastic face shields to protect themselves from contracting the virus, Warren saw an opportunity to re-design the shield to make it more kid-friendly.

“I realized that these masks would be very scary for some of the younger children. I thought to myself, wouldn’t it be cool if I could put superhero logos on the top of the shields for the kids and the real heroes [health care workers]?” explained Warren, who has already raised over $6000 for the initiative he’s titled “Armour For Heros.” “It was after that when I started to work on my designs that led to this mass production of these kinds of face shields.”

Warren has been working with SickKids and McMaster Children’s Hospital to ensure the shields get to those who need them most. He aims to make and distribute 650 masks for the two hospitals. Other mask design templates include items like bunny ears and Wonder Woman Crowns, however, Warren worries production on the masks may come to a halt after the initial 650 are made.

Warren continues to accept donations for his project on his GoFundMe page. In addition to helping out some of the most vulnerable, Warren appreciates the distraction the project has given him from missing the ice. Like many players across the GTHL, Warren hopes to trade face shields for his goalie mask come next season.

“I miss the connections that I had to all of my teammates. I would also have to say that I miss the competitive spirit of the game.”