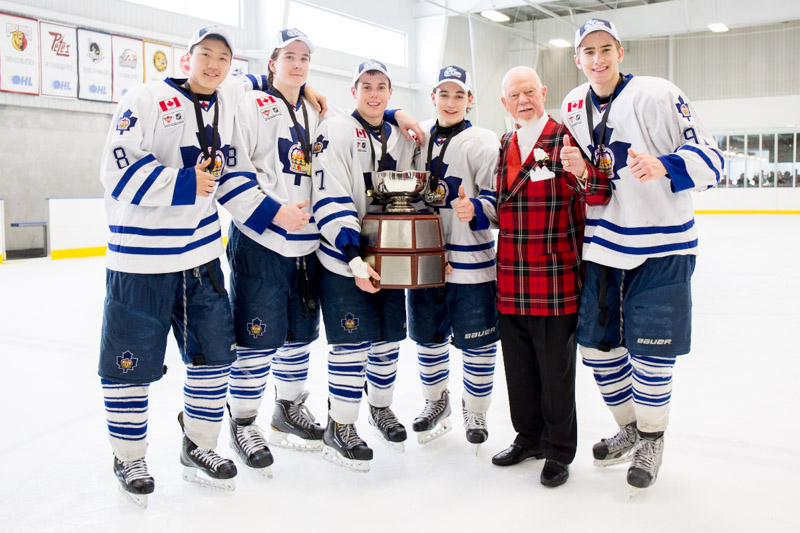 Looking Back on the OHL Cup Journey
March 12, 2017
ohl cup powered by under armour

Almost a year after the 2016 OHL Cup final, former Toronto Marlboros forward Akil Thomas is still haunted by the outcome. Now a rookie with the Ontario Hockey League’s Niagara IceDogs, Thomas views the final game of last year’s tournament as a lost opportunity.

“We’d do absolutely anything to play that tournament over and come on the winning side of that overtime against York-Simcoe Express,” explained Thomas.

The Toronto Marlboros lost the 2016 final in a thrilling double-overtime game against the Express. Despite the end result, the experience of playing in a large-scale tournament for the first time is something that still resonates with Thomas.

“My experience in the OHL Cup was really something I’ll remember forever. Making it to the finals, it was truly special to play at Maple Leaf Gardens [Mattamy Athletic Centre] on live television for the first time. For my teammates and I, it was our first experience in a large-scale game viewed across the country.”

The pressure of playing on a big stage for the first time can be an intimidating task – something 2014 OHL Cup champion and London Knights forward Cliff Pu is also familiar with.

“There’s definitely a different buzz in the rinks with all the scouts there,” explains Pu, who helped the Toronto Marlboros take the 2014 tournament. “Just stick to your game and what’s made you successful as a player and enjoy what could be your last minor hockey tournament.”

The pressure and competition faced at the tournament is often approached as a learning opportunity for the young players, many of whom will go on to play for one of the 20 teams in the OHL.

“Every other player who plays in the OHL Cup elevates their game for the tournament, so it forces you to do the same,” said Riley Damiani, a former member of the Mississauga Rebels. “The high-calibre of hockey played at the OHL Cup really helped me realize and prepare for the challenges I would face night-in and night-out at the OHL level.”

Since being eliminated in last year’s OHL Cup quarter-final with the Rebels, Damiani has become a standout rookie for the Kitchener Rangers. Over nine players who participated in the 2016 OHL Cup final have played at least one OHL game this season.

As for Thomas, he encourages players competing in this year’s tournament to enjoy the ride.

The puck drops on the 2017 OHL Cup powered by Under Armour on Tuesday, March 14. Click here for a full schedule.