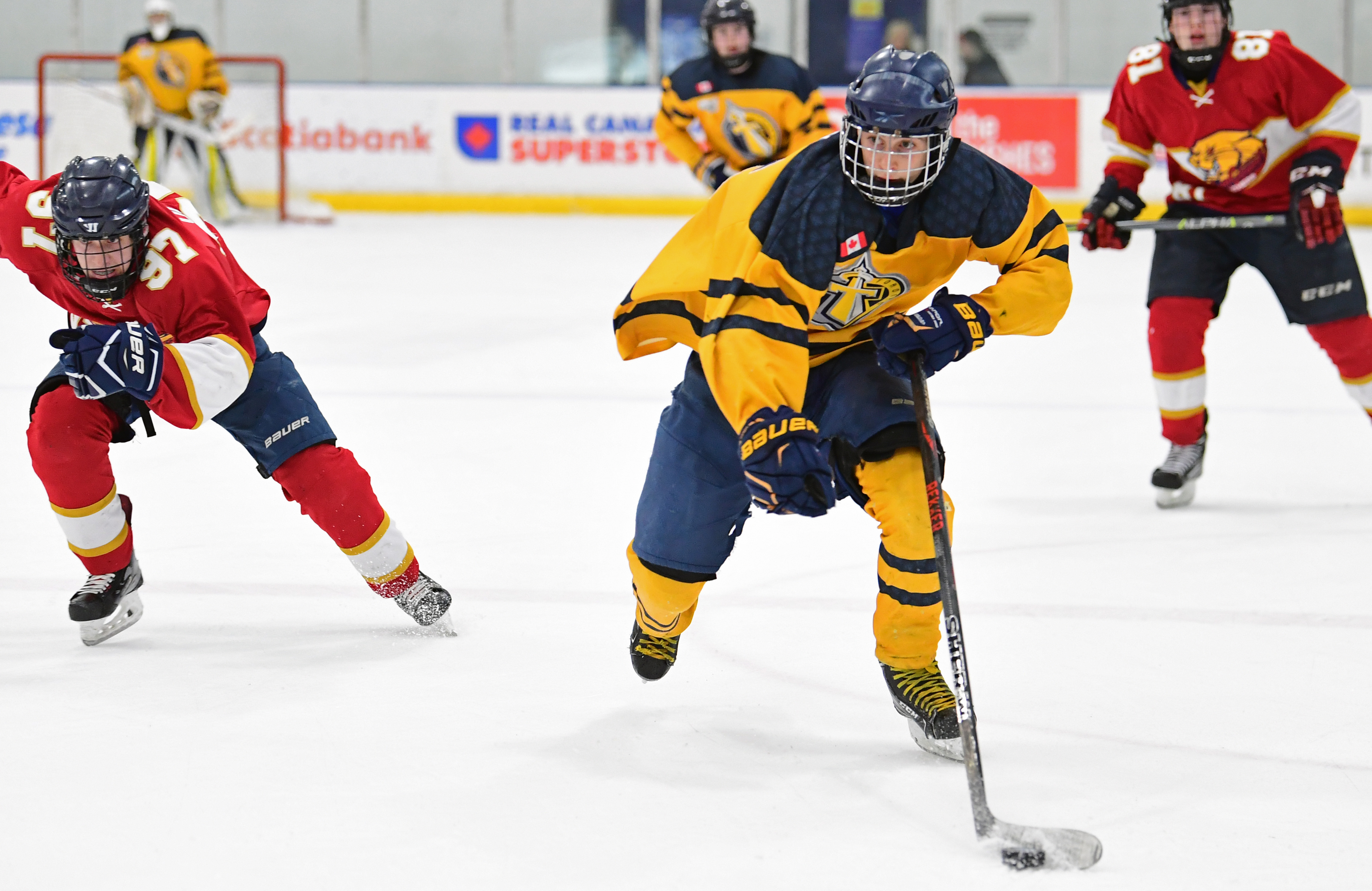 Three out of the four GTHL teams participating in Wild Card Play-In Games successfully won their way into round-robin action.

WC 1 – Sun County Panthers vs Toronto Titans | Panthers win 5-3
Fresh off losing their play-in series to the Cambridge Hawks, the Sun Country Panthers redeemed themselves with a Wild Card win against the Toronto Titans.

After a scoreless first period, Titans forward Jean-Luc Foudy would open scoring early in the second. The Panthers answered just over a minute later to tie the game at one. With time ticking down in the third and the score clock tied at 2, the Panthers John Ulicny would net one past Titans goaltender Christian Trianni, scoring the game winning goal. Two empty netters in the dying minutes would seal the deal for the Panthers. They’ll face familiar foes, the Cambridge Hawks, tomorrow morning at 8:30 a.m.

WC 2 – 12:00 pm – Detroit Little Caesars vs Don Mills Flyers | Flyers win 2-1
With the last meeting between the two teams ending in a Flyers overtime victory, it was evident the re-match would be a nail-biter.

Flyers Joshua Currie would open the scoring midway through the second period to take the Flyers into the third with the lead. Detroit would answer in the third after a power-play goal by Garrett Szydlowski, but it wouldn’t be long before Flyers forward Matthew Perciballi found the back of the net to secure the win for Don Mills. The Flyers will face the Toronto Jr. Canadiens tomorrow at 2:15 p.m.

WC 3 – 12:30 pm – Quinte Red Devils vs Mississauga Senators | | R
Three quick unanswered goals by the Senators in the first period would be enough to secure a victory for the GTHL Wild Card team. Quinte would get on the board midway through the second period after a goal by Jacob Vreugdenhil, but a third-period goal by the Senators would cap off the win.

The Sens will face the TPH Thunder tomorrow at 7:00 p.m.

WC 5 – 4:00 pm – Grey Bruce Highlanders vs Mississauga Rebels | Rebels win 1-0 3OT
Grey-Bruce Highlanders goaltender Daniel Botelho faced over 50 shots, forcing the Rebels into three overtime periods before they were able to slip one over the goal line. The Rebels have little time to rest before facing the OMHA Champions, the York-Simcoe Express, tomorrow at 12:30p.m.

All games are lived streamed on GameOnStream.