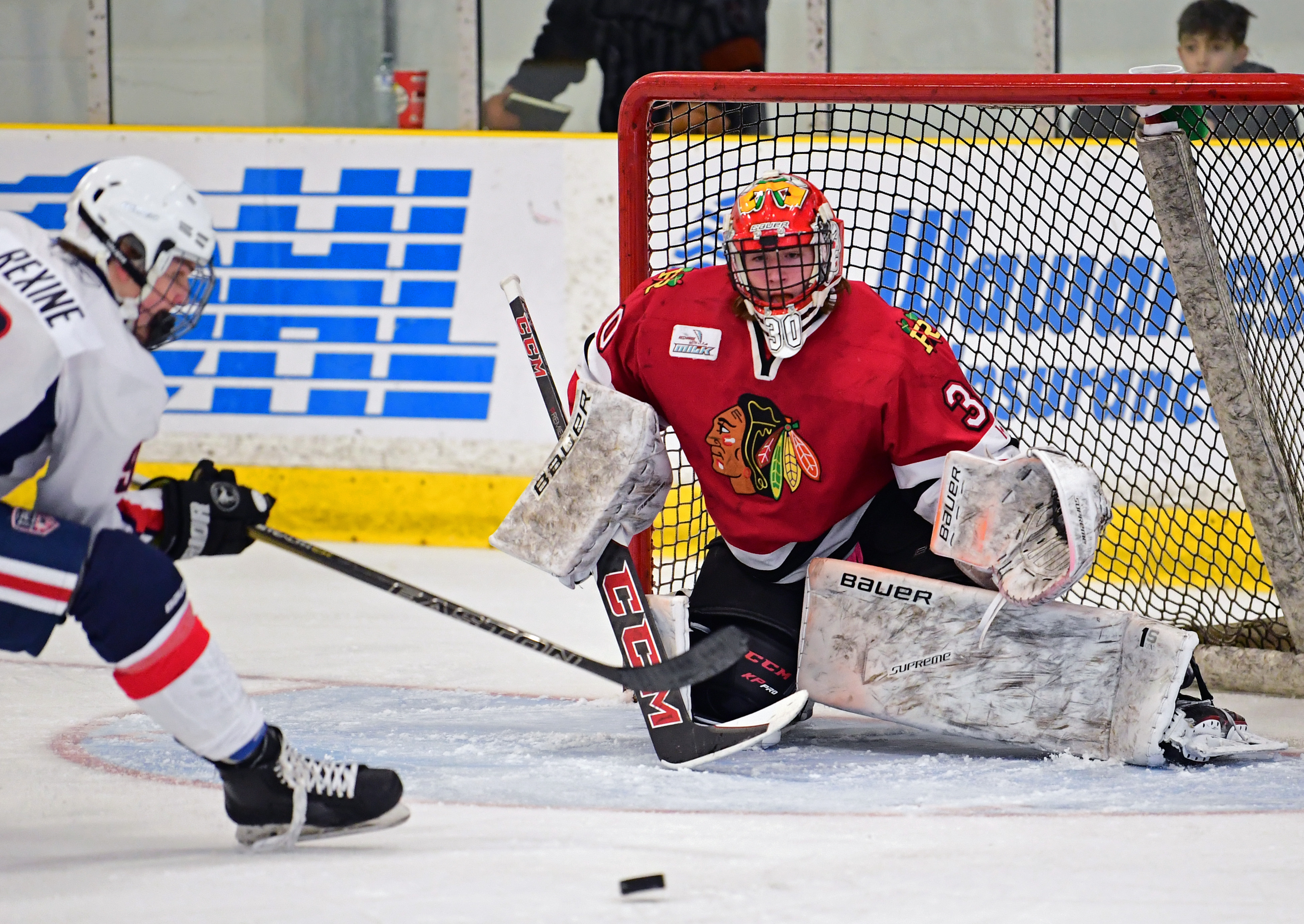 York-Simcoe Express vs. Mississauga Rebels | Express win 4-2
A short-handed goal by Rebels Ryan O’Toole would open the scoring late in the first, but it wouldn’t be long until York-Simcoe’s offense starting chugging full steam ahead. A power-play goal by Cameron Butler would open the scoring for the Express, who would score three unanswered goals. O’Toole scored his second of the game in the third, but it wouldn’t be enough for a Rebels “W”. The Rebels will face the Mississauga Reps on Thursday at 8:30 a.m.

Mississauga Reps vs. TPH Thunder | Reps win 6-2
Down 1-0 heading into the second, a power-play goal opened the floodgates for the Mississauga Reps who were able to bounce back from last night’s 4-1 loss to the York-Simcoe Express. Back-to-back goals by Reps forward Aidan Hughes was enough to earn MVP honours to cap off the win. The Reps will face the Mississauga Rebels on Thursday at 8:30 a.m.

Toronto Marlboros vs. Guelph Gryphons | Marlies win 5-3
A goal 12 seconds into the game by Marlies forward Mckay Hayes would set the tone early on, with the Marlies scoring three more times within the period. GTHL Top Prospect Riley Piercey would net the Marlies third and fifth goals of the game, bringing his tournament goal total to three. The Marlies will rest Thursday before facing the Cambridge Hawks on Friday.

TPH Thunder vs. Mississauga Senators | Sens win 3-0
Scoring appeared to be scarce with either team unable to get on the board heading into the third period. Senators Chase MacIntyre was able to flip the switch, getting his team on the board 58 seconds into the third period. Teammates Bryce Sutherland and Justin Ertel would follow his lead, notching a goal each, giving the Sens a shutout win against the TPH Thunder. They will face the Mississauga Rebels on Thursday.

Barrie Jr. Colts vs. Don Mills Flyers | Jr. Colts win 5-3
The Flyers kept it close but never managed to get in front of the Colts, who earned their second win of the tournament. The Flyers will look to get their first round-robin win on Thursday against the Thunder Bay Kings.