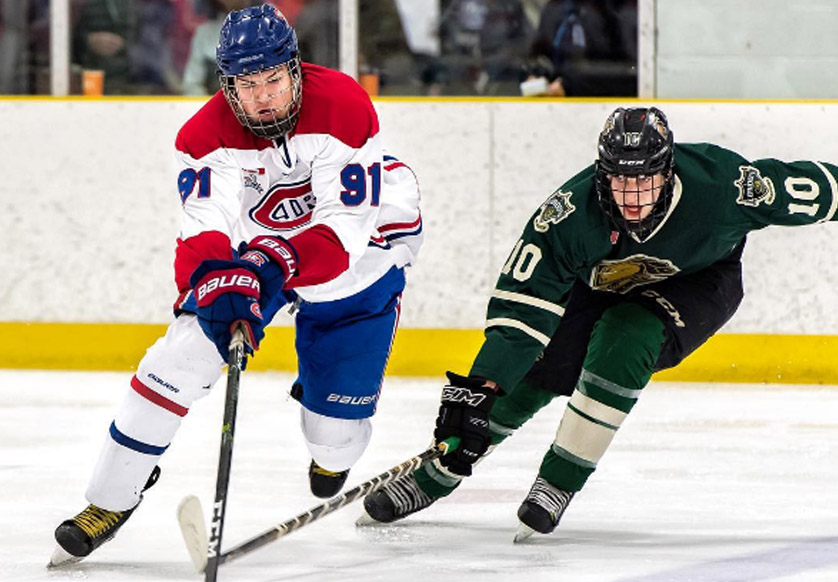 All eight GTHL entries are in action at least once on Wednesday at the 2017 OHL Cup powered by Under Armour.

Toronto Titans vs. Vaughan Kings | Kings win 3-1
A strong performance by Kings goaltender Christian Sbaraglia, combined with quality offensive contributions, led the Vaughan Kings to their first victory of the tournament. The Titans will look to redeem themselves when they face off against the Waterloo Wolves tomorrow afternoon.

Toronto Marlboros vs. Mississauga Reps | Reps win 3-1
While the Mississauga Reps may have the label of a wild card following them around the tournament, teams shouldn’t underestimate the squad who finished second in the GTHL regular season standings. The Marlboros opened scoring early on, but it would be the Reps who would dominate throughout the remainder of the game. The Marlboros will play the Eastern Ontario Wild on Thursday morning.

Vaughan Kings vs. NOHA | 4-4 tie
Overtime resolved little in the Kings second tie of the tournament. After going down 2-0 in the first, the Kings came back to take a 3-2 lead heading into the second. Their campaign ultimately fell short, leaving the Kings with a 1-0-2 tournament record to date. They will play the Waterloo Wolves on Friday.

Mississauga Reps vs. Thunder Bay Kings | Reps win 3-2
After going down 2-0 in the first, the Reps came back to score three unanswered goals and win their second game of the round. Jamieson Rees found the back of the net twice, while Mike Petizian assisted on all three goals.

Brampton 45s vs. Mississauga Senators |1-1 tie
Solid goaltending from both ends prevented the Senators second game of the day from reaching a conclusion. The Sens will play the Toronto Jr. Canadiens on Wednesday.