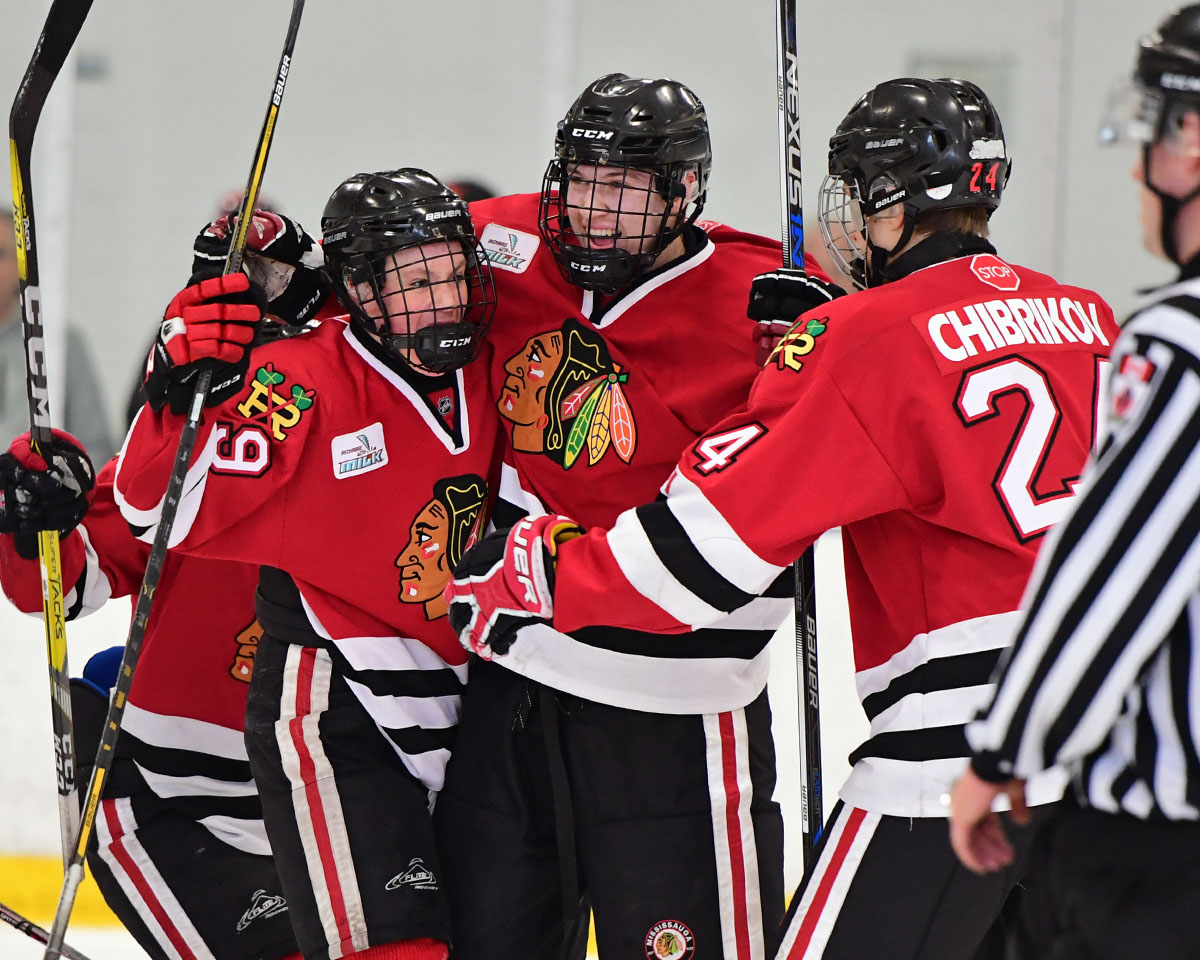 Wild Card Play In Schedule
Mississauga Reps vs. Halton Hurricanes | Reps win 5-3
The Mississauga Reps will go on to compete in the round-robin portion of the OHL Cup powered by Under Armour after defeating the Halton Hurricanes 5-2. The Reps were up 3-0 midway through the second period, with two of the three goals coming from Reps winger Cole Burtch. The Hurricanes attempted comeback in the second was quickly denied thanks to goals by Daniel Bazarin and Jamieson Rees. The Reps will play the Toronto Marlboros at 2:15 p.m. and Thunder Bay Kings at 8:45 p.m. on Wednesday.

Grey Bruce Highlanders  vs. Toronto Nationals | Nats win 4-3
Despite going down 4-1 to the Nats early on, the Grey Bruce Highlanders gave fans the first nail biter of the tournament, coming back 4-3 with 5 minutes left to play in the third. The Kraft Cup winning Nats managed to fend off the Highlanders in the dying minutes of the game to advance to the round-robin. The Nats will face GTHL playoff champs the Mississauga Rebels tomorrow at 12:00 p.m., followed by Elite Hockey Group at 5:45 p.m.

Mississauga Senators  vs. York-Simcoe Express | Sens win 2-1 (2OT)
It took two overtime periods to resolve, but a goal by Senators forward Dustin Hutton would be all they needed to advance to round-robin competition. Sens goaltender Dante Fernandes stopped 25 of the 26 shots he faced. The Sens will face-off against the red hot London Jr. Knights tomorrow at 12:30 p.m. followed by the Brampton 45s at 9:15 p.m.