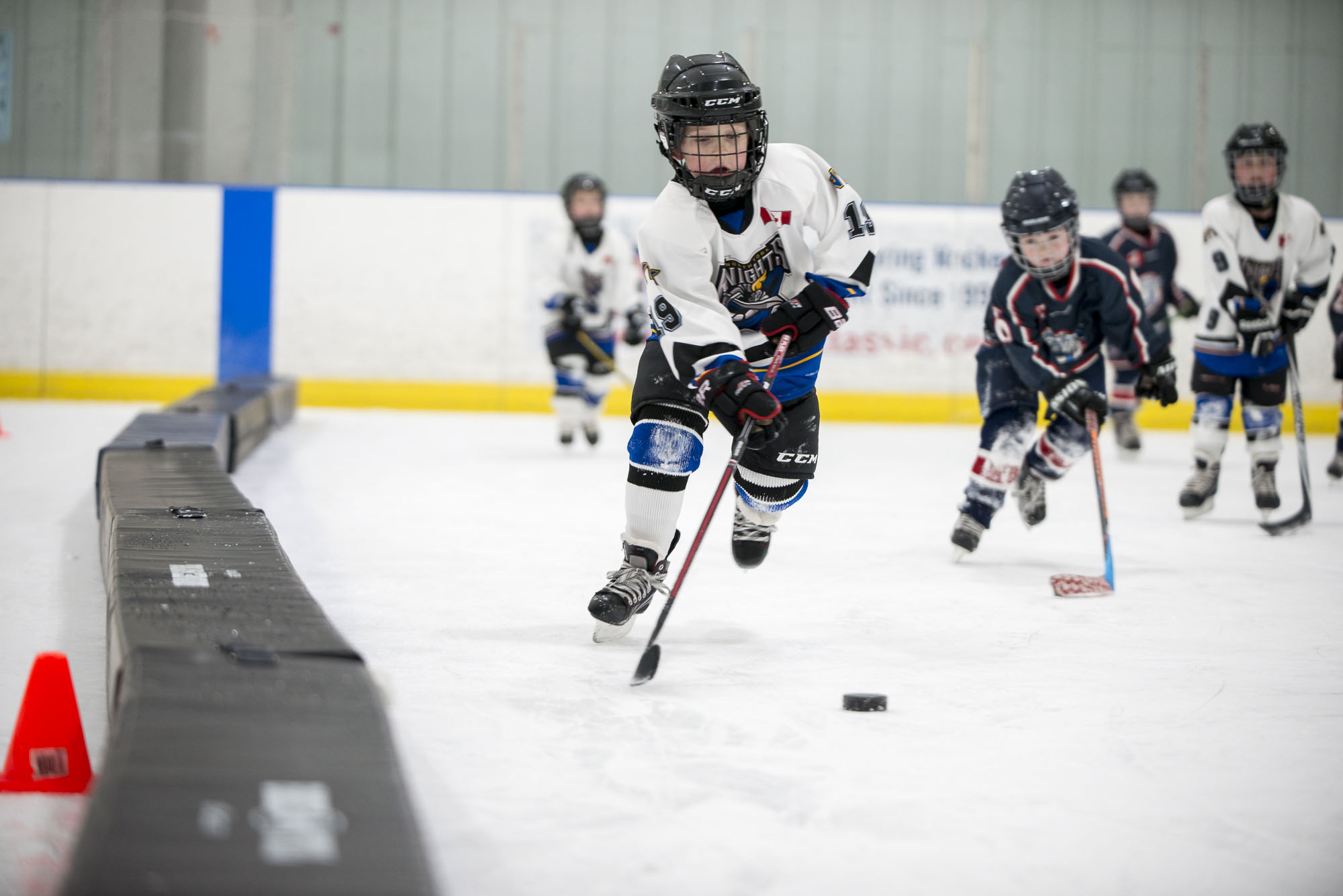 The mission is simple: ensure that hockey is fun, safe and a positive experience for every child. That statement should be common across every initiative in minor sports, but in this case that goal relates to modified-ice hockey. The initiative recently wrapped up year-one following Hockey Canada’s mandate for nationwide implementation ahead of 2017-18.

Every six-year-old on skates in Ontario this winter got a taste of cross-ice hockey, which at its core is meant to help make hockey more appealing for kids of all skill levels. The superstars have more puck touches and more opportunities to fire at the net, while the scaled-down ice surface guarantees others are more involved in every play. Open ice is at a premium, so perseverance is essential and puck-handling skills are imperative.

Hockey at the highest level is similar in many ways, particularly with regards to time and space. If he’s lucky, Mitch Marner has mere seconds to make a series of decisions before an opposing player is on him to take the puck. James van Riemsdyk put up 36 goals this season, mostly thanks to his impressive abilities in tight quarters around the net. This model has worked in practice for decades, and will lead to growth for countless young skaters with greater application across the country.

The Ontario Hockey Federation announced this winter that it will maintain the modified-ice program for the 2011 age group over the next two seasons, in preparation for 1919-20 when all age groups from six to eight years old will be required to play games on modified ice for at least part of the season. The current mandate from Hockey Canada doesn’t state that the 2011 age group would need to play modified-ice through 1919-20, but the OHF’s decision creates a natural progression for players in the program.

Why mess with a good thing? Three straight seasons of modified-ice makes more sense than jumping back and forth between modified and full-ice.

The biggest difference between full ice and small areas is that there are six times as many shots on goal or at goal in a cross-ice or half ice game. Players are closer to the puck and the puck finds its way to the net much more often.

More benefits of modified-ice hockey, courtesy of the OHF:

More engagement in the play
All players are closer to the play and have more opportunity for puck touches, always. Regardless of skill level or ability, each player’s opportunity to engage in the play doubles when the playing area is smaller.

Increased offence
Players are much closer to the nets, skate shorter distance from goal to goal, and have increased opportunities for offensive play.

Team-play is more apparent
In smaller-area games, players are observed passing and attempting to pass the puck more often than in full-ice. Two key factors come into play here: all players are close enough to pressure the puck more frequently, and teammates are in close support of the puck carrier throughout.

A short pass finds its mark
In smaller spaces, more passes are attempted, with most from five to 10-feet away from the intended target. Accuracy improves when passes are shorter and players tend to have more success receiving the pass. Players also start to understand the importance of team puck possession.