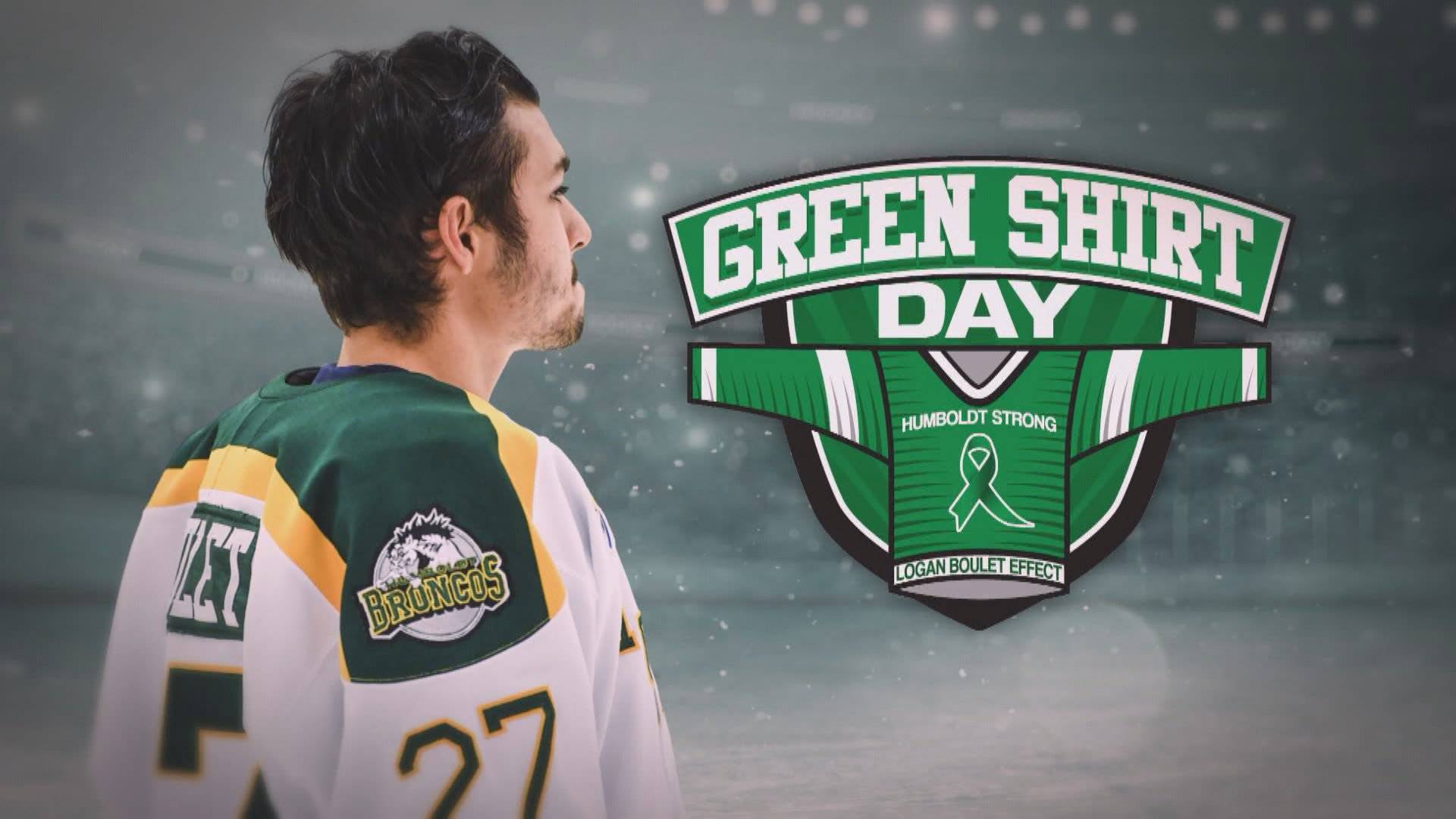 Global News
Learning What Green Shirt Day is All About
April 5, 2019
GTHL Community

In April of 2018, the country came together to mourn the lives of 16 members of the Humbolt Broncos who lost their lives in a tragic bus accident. The day after the April 6 crash, defenceman Logan Boulet succumbed to his injuries. While Logan tragically lost his life, he helped saved the lives of six others by making the decision months previous to become an organ donor.

News surrounding Logan’s decision spread throughout the country, inspiring over 10,000 Canadians to sign their organ donor cards. The large number of Canadians registering within a short period of time became known as the Logan Boulet Effect. In order to honour Logan’s legacy and to open the conversation surrounding organ donation, April 7 has been officially been declared as “Green Shirt Day.”

Leading up to April 7, news of the initiative has made its way across the country, including all the way to North Toronto.

“North Toronto, like the rest of the hockey world was absolutely devastated by the Humboldt Broncos bus tragedy a year ago,” explained North Toronto General Manager, Rich Brewda. “We decided to create a custom North Toronto Green Shirt Day shirt that we could sell and deliver to people in time for April 7. All net proceeds will be donated by North Toronto to the Canadian Transplant Association.”

Sixteen green t-shirts are currently hung at North Toronto Arena to honour those who lost their lives in the crash. Brewda hopes to make the initiative a yearly occurrence.

According to GreenShirtDay.ca, almost 90% of Canadians say they support organ donation, while only 23% have registered to donate. Keep the conversation going and learn more at GreenShirtDay.ca.