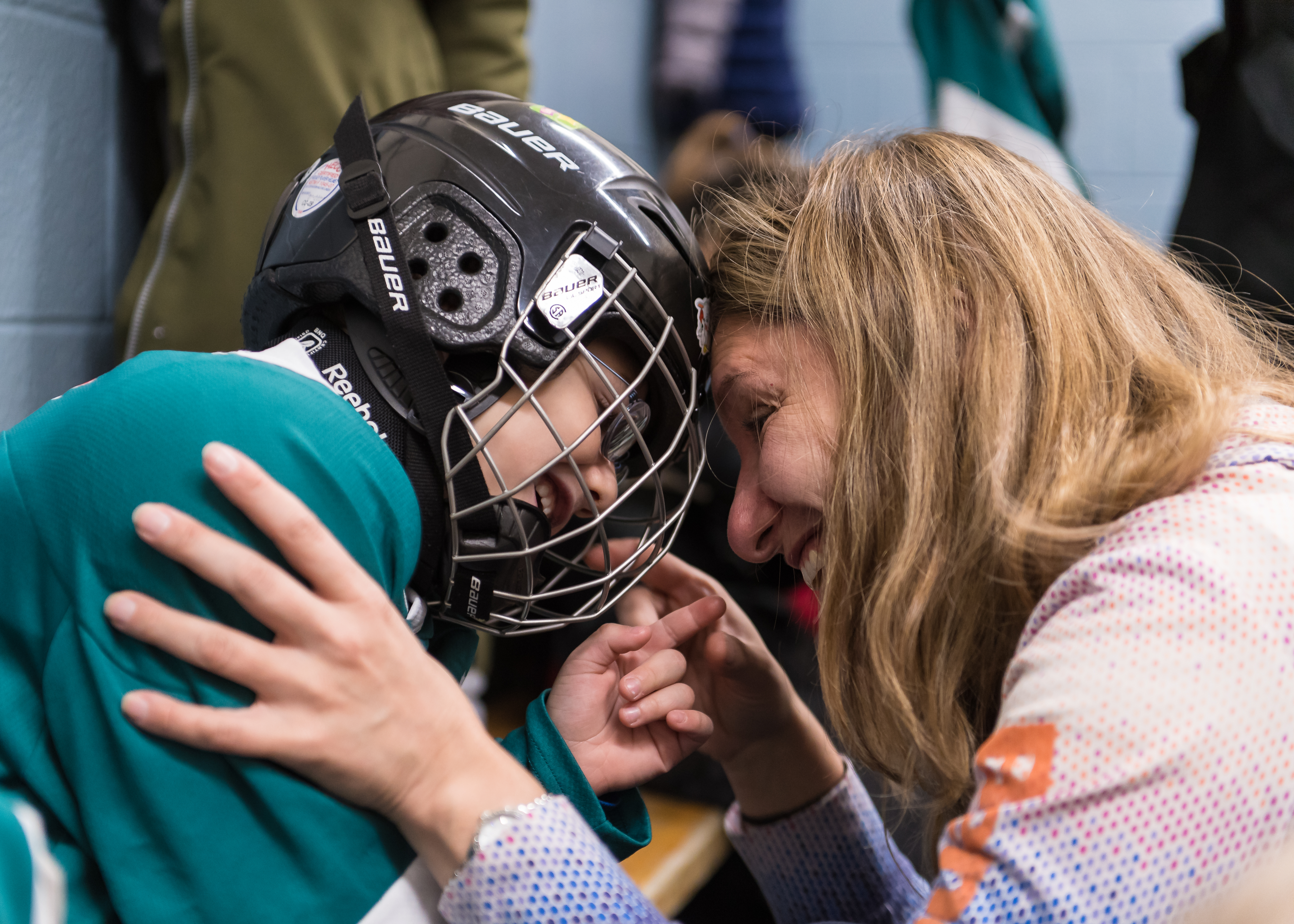 New season. New players. And new parents. We’ve got the go-to guide for all the parents about to embark on their rookie season.

Welcome to The Hockey Parent Club.

Contrary to what you may have heard, the vast majority of us are good folk. We know our kids are most likely not going to make the NHL, but that’s not why we brave traffic to stand in a cold arena at all hours of the day.

Look at the smile on your child’s face. It might be the result of a goal, an assist, a win, or even just making it around the rink for the first time. But it’s as wide as this country is.

Now that you’re a member of The Hockey Parent Club, here are a few things to keep in mind. There’s no secret handshake, though you can usually recognize a fellow member by the hot beverage balanced in one hand as they push the door open and rush into the arena. You’ll learn to show up early to games because the puck is sometimes dropped before the scheduled time. My kid used to scan the crowd to make sure my wife and I were in attendance. Because it matters to them that you’re there.

Yet not everyone can go to every game. Work often gets in the way. Go to the ones you can and ask about the ones you missed. Ask other parents about carpooling; most are only too happy to help.

The final score will matter to your child, but don’t let it be the final word. How did they feel out there? Who told the funniest joke in the dressing room?

Don’t worry about goals and assists. They’re not the only indicator of on-ice “success”.  My son Alex went over half his first House League season without potting a goal. When he finally did light the lamp, it led to the greatest on-ice goal celebration since Tiger Williams. Yet, he still felt that he was contributing to his team because his coaches valued more than just goals.

While it’s completely natural to root for your child, we also encourage you to cheer for the other players, too. Even on the other team. Because a good play is a good play and positive reinforcement is one of the easiest gifts to give. Cheer loud, and stamp your feet, when your team scores, but teach your children well. Show them that one can compete, even intensely, but still tip their cap to the other team.

Keep an eye on their equipment. It’s very easy for a stray elbow pad or neck guard to go missing. Often, it ends up in a teammate’s equipment bag. And check the washing machine before you leave for the game. I can’t count how many times we’ve left a team sock behind in the dryer. Also, don’t forget to get those skates sharpened! You’ll quickly learn the sharpening locations closest to your house.

Your little Mitch Marner may be able to tie their skates. If not, practice at home and they’ll get the hang of it in no time.

Everybody wants the best for their child, but you don’t have to go bankrupt when purchasing equipment, so shop around. They don’t need the most expensive skates or sticks. And keep the backup stick in the car if the dressing room isn’t locked.

My wife says to bring healthy snacks for after the game, especially if you’re at a tournament. The arena snack bar is a fun place to visit, but you should supplement it with food from home.

Most importantly, remember to always check in with your child to make sure they are having fun and you’ll all have a fantastic season.