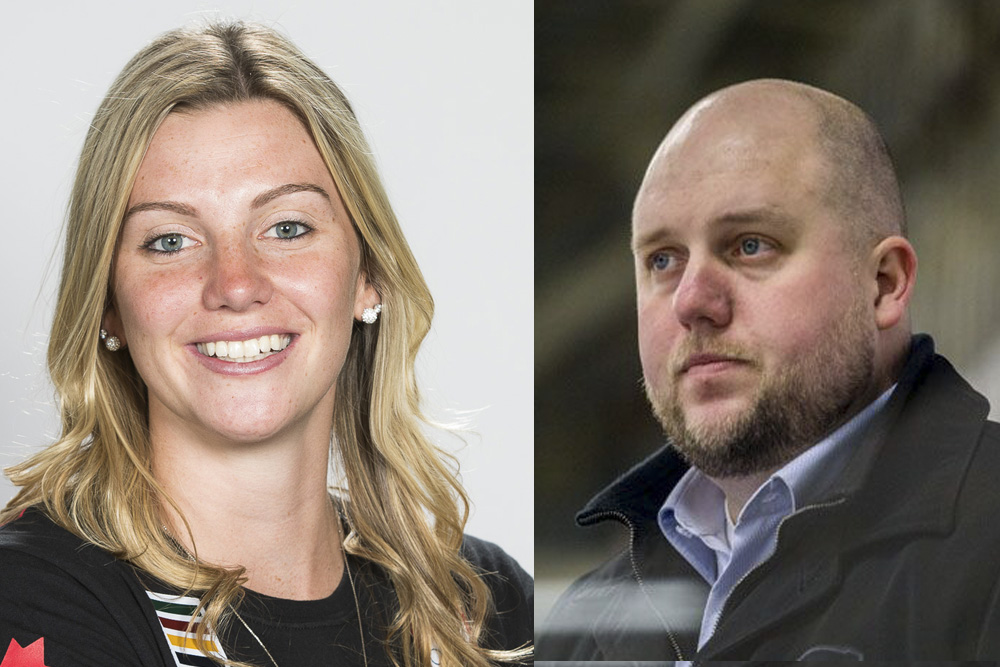 John Winstanley is no stranger to the spotlight. The Jr. Canadiens Head Coach stepped behind the bench at the 5th annual GTHL Top Prospects event in 2014 and won an OHL Cup title live on Sportsnet in 2018. When Winstanley walks into the rink for the 11th annual GTHL Top Prospects Game, Powered by Under Armour, he will be sharing the spotlight with former student and 2018 Olympic Silver Medalist, Laura Stacey.

“Laura was very talented, she was strong, she had a very powerful stride and could really shoot,” said Winstanley, who coached Stacey alongside Mitch Marner, Michael DalColle, Erin Ambrose, and Nick Richie. “While she was working with us we had a really incredible group. I think that really helped with her development and it pushed her.”

Doubling as a chauffeur for Stacey and Ambrose to and from school, Winstanley quickly became invested in the success of the young player, who had just committed to Dartmouth – a Division I school.

“Obviously I have followed her over the years and I have watched her success and it always makes me happy to see players move on and achieve their goals,” said Winstanley, emphasizing he’s excited to catch up with Stacey, who will be a celebrity coach at the December 10 event.

Starting her playing career in the GTHL with the Vaughan Rangers, Humberview Huskies, and, Toronto Royals, Stacey credits her time in the GTHL and training alongside Winstanley with helping her get to an elite level.

“Playing in the GTHL not only prepared me to make the switch over to women’s hockey, but it also helped me reach the next level,” emphasized Stacey, who started playing with the girls at age 14. “I will never forget playing in the Silverstick tournament when I was a kid as it was one of the biggest tournaments of the year and was extremely competitive.”

After her years of training with Winstanley, Stacey attended Dartmouth, playing in Division I of the NCAA. She went on to represent Canada at the 2018 Olympics, 2016 World Championships, and 2012 World U18 Championships, winning medals in all events.

Stacey will be reunited with Winstanley behind the bench at the 11th Annual GTHL Top Prospects Game, Powered by Under Armour, where she will be one of six celebrity coaches in attendance. Click here to purchase tickets.

coach of the month development
Coach of the Month, Presented by the Coaches Site: Mike Russo and Tony Peragine
4 days ago

Gallery
GALLERY: 2020 I Play In The G Festival
6 days ago

GTHL Community
I Play In The G Preview
2 weeks ago