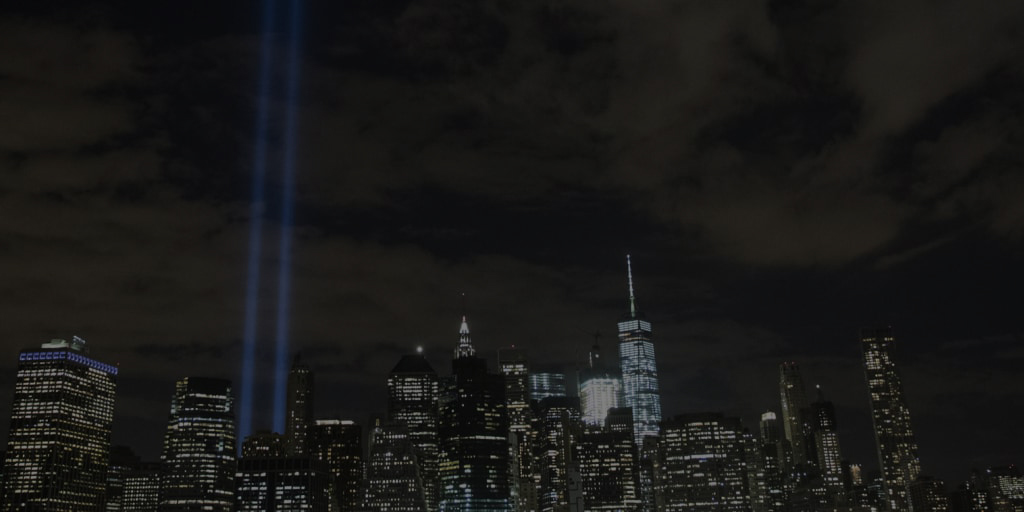 On September 11, 2021 – 20 years since the unthinkable tragedy of 9/11 – the Greater Toronto Hockey League community remembers those lost and reflects on the day the world changed.

When the second plane hit and it became obvious that this was a terrorist attack and not a horrible accident, I remember thinking immediately that my kids’ lives had just changed irreversibly. They would never see the world quite the same way again.

I can remember exactly where I was on highway 404 when I first heard the news. The horror of the attack didn’t seem real until I arrived at the office and saw the video footage. It was quite clear in that moment that the world would never be the same.

I was making a presentation to a client at an advertising agency in downtown Toronto. We were in a 10th floor boardroom when just after nine someone came in and said a plane crashed in New York. A few minutes later they came rushing back and said a second plane had hit the World Trade Center and we all had to exit the building immediately… chaos in the building as elevators were not available.

Immediately after, I went to my office and watched the day unfold in our boardroom. By 2pm I was home with my wife and three young kids not fully grasping what had happened.

The next day we found out a man one street over was missing. It was a horrible situation for all.

That day was actually the first day of my NHL training camp with the Leafs. I was in my hotel and woke up, turned the TV on and saw the second plane hit the building. I wasn’t sure what movie I was watching until I turned to every channel and saw that it was a real life event.

Obviously that news cancelled everything that day and the remainder of training camp. Hockey was the last thing anyone was thinking about as our world was under attack.

A couple days later I reported back to my OHL team to play out the rest of the season but having vivid memories of the attacks still on our minds and the hesitancy around traveling in planes with the unthinkable that just happened. Being in the US in Erie definitely made it more surreal because of the pride in the country.

We live on but we never forget.

My son just started hockey and we were just getting involved. At the time of the attack, I was at work and one of our employees saw the event on the internet and brought it to my attention.  It was surreal and as events unfolded when the second tower was hit, the reality and gravity of the situation became very real.

Like everyone else I flicked on the TV… and then called my husband and we watched in horror as both towers eventually came down, the Pentagon and the remote field in Pennsylvania.

Our son was six at the time and [my husband and I] went to school together to collect him for lunch – he looked at us and asked what was wrong because we were both there. His teacher was telling parents to hold their children tight.

The night before 9/11 (9/10) was the last day of an Air Canada ticket sale and I’d secretly booked three tickets to New York for my husband’s 40th birthday which matched the Leafs playing the Rangers at MSG. NHL tickets were due to come on sale within a couple of days.

Neither of my guys knew the secret and I was wondering what on earth would happen and how I’d tell them that the big birthday surprise had just changed beyond belief.

We left YYZ for New York on December 4 – we saw the game on December 6 and stood right at Ground Zero with towering pieces of the building still smouldering.

Who knew that the whole world had changed, not just the birthday surprise. Heart wrenching still today.

I was doing groceries when I first heard what was going on in New York. After rushing home, I was glued to my TV for days watching all the sadness unfold. I will never forget that day.

I was a young journalist in Peterborough at the time and had to interview people about this horrible attack. I will never forget how sad everyone was that day.

Even though the attack was hundreds of kilometres away, I still remember feeling that the attack made the world feel so small.

I remember I was in grade three at the time and all the teachers were called to the staff room for a meeting. We weren’t told anything. I went home for lunch that day and remember watching the planes crash into the towers over and over again during lunch. My dad worked in an office building in downtown Toronto and was sent home for the day. The day felt like time was standing still.

I was 11 years old and in my sixth grade class when the Principle got on the P.A. and announced that the first plane had hit the first tower, and then again once the second plane had hit the second tower. Our school actually went into lockdown which scared a lot of the students in my class. It didn’t feel real until I got home from school and saw the footage for myself. Truly a day that left a long lasting impression and one that I will never forget.