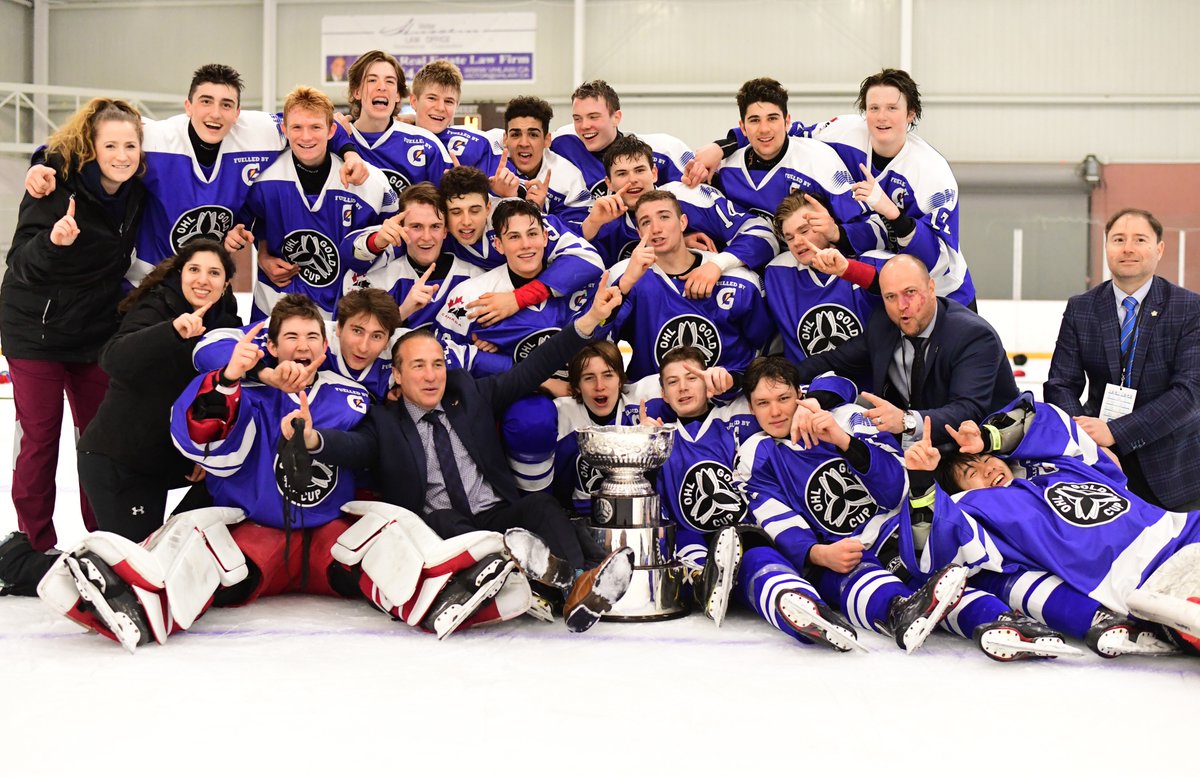 For the second straight year, GTHL Blue are OHL Gold Cup champions after defeating GTHL Red by a score of 5-4 on Sunday at the Activa Sportsplex in Kitchener, Ont.

The ALLIANCE skated to a bronze medal victory while the HEO and OMHA Black were also winners in the event finale.

In goal, HEO’s Patrick Leaver (OSH) led all netminders with a 1.53 goals-against average and .929 save percentage while NOHA netminder Jake Marois turned in a tournament-high 103 saves.

Here’s a closer look at Championship action from Sunday.

The 5-4 victory came in the event’s second consecutive all-GTHL Final as the Red squad thundered out to a 2-0 lead on first period goals from twin brothers Alex and Paul Christopoulos (NB).

Marc Boudreau (SSM) opened up the second period with a highlight reel goal from his knees to put GTHL Red in the driver’s seat 3-0 before GTHL Blue rallied for three goals in seven minutes, coming off the sticks of Oliver Smith (BAR), Tucker Robertson (PBO) and Aidan Shepard (NB).

Brandt Clarke (BAR) reinstated the GTHL Red lead, making the score 4-3 with 5:10 to go in the second before GTHL Blue mounted its comeback to capture the OHL Gold Cup title in the third.

Justin Wu (KIT) earned the win with a 21-save performance in goal opposed GTHL Red’s Josh Rosenzweig (NIAG) who turned aside 23.