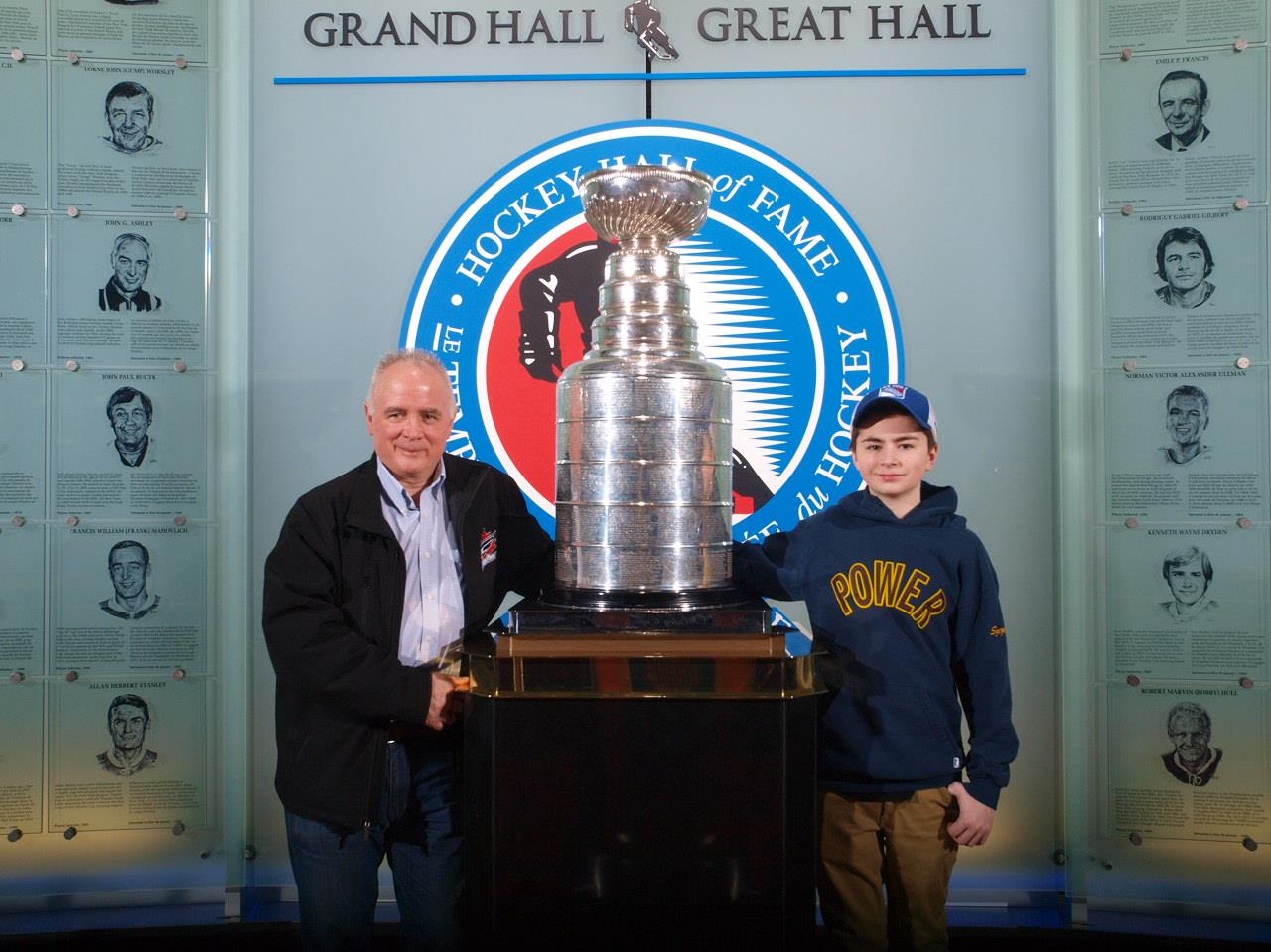 Hockey was a family affair for the late Scarborough Ice Raiders coach Rob Silc. In his 16th year of coaching at the time of his passing, Rob took on duties as a coach to spend more time with his two boys. Given Rob’s motivations for getting behind the bench, it’s only fitting that the inaugural Rob Silc Memorial Community Coaching Award winner, Stef Szczepanski, has a similar approach to the game.

“Hockey is a family affair for Stef,” explained Warren Park Eagles President, Bill Chaves. “Stef has been a dedicated coach for who rarely misses a game.”

Stef’s commitment to the game started in the organization he coaches with as a player with the Warren Park Hawks (now Toronto Eagles). It was during his time with the Hawks that Stef witnessed the influence a coach can have on young players.

“My Bantam coach was the most influential on my hockey career,” explained Stef. “He invested one-on-one time with each player so they could be the best they could be.”

The lessons observed in Bantam are ones Stef carries with him into his role as a coach. The personalized approach has led to success on the ice for Stef’s teams, winning numerous Select division titles and tournament championships.

“He is loved by his players for his engaging coaching style,” said Chaves. “The team has even named practice drills after him. He wraps up every year with a house league team party that he personally plans and pays for. Stef always finds a way to bring out the best in his players and gets them truly working as a team.”

With his playing days at Warren Park behind him, Stef ensured his passion for the game would live on behind the bench.

“I still get butterflies before each game,” said Stef. “Even as a coach.”

Established in 2018, the Rob Silc Community Coaching Award recognizes a long time, committed house league hockey coach. The award is presented by the GTHL to a House League coach who best exemplifies a long term commitment to grassroots hockey, player enjoyment, and community spirit. Stef will be awarded the honour at the GTHL Awards Ceremony on June 14.