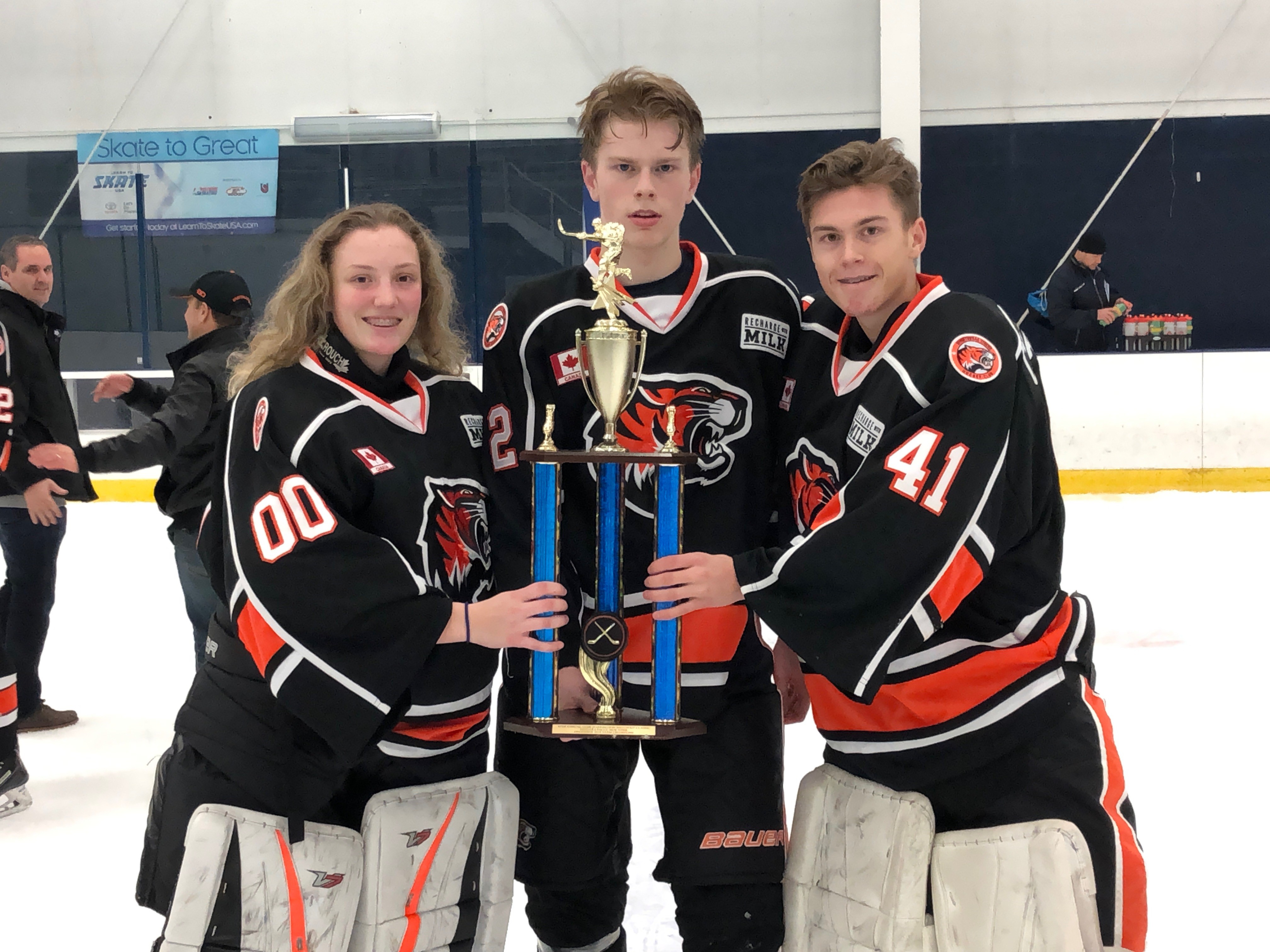 Streetsville Tigers assistant coach Vassili Sypropoulos rarely had a player crack a smile at his corny dressing room jokes, that is until he coached Tyler Wilson.

“My jokes are often lost on the audience, and as we all know, rejection doesn’t feel good,” explained Sypropoulos, who coached Wilson for four seasons. “Tyler’s face, however, would always light up and he would offer a big smile or laugh.”

Playing in the GTHL at the “AA” level since Minor Atom, Tyler has managed to successfully juggle numerous responsibilities in addition to laughing at his coaches attempt at humour. An honour roll student, loyal McDonald’s employee, and assistant captain, Tyler has demonstrated dedication in every area.

“In my 17 seasons as a coach, there are only a handful of players who have displayed the level of competitiveness and desire Tyler has shown,” said Tigers head coach, Joe Borg. “Tyler’s work ethic is evident in the way he’s managed multiple priorities.”

Despite all his responsibilities, Tyler continued to excel on the ice, leading all Tigers defenceman in scoring the past four seasons. His head turning performance led to a Midget “AA” All-Star Game nomination during the 2018-19 season.

“My most memorable hockey achievement has been the GTHL Midget All-Star Game,” said Tyler, who has been playing organized hockey for 11 years. “It validated for me why I’m playing hockey.”

Looking beyond his competitive hockey career, Tyler hopes to work in the sports medicine field.

“One of my goals is to complete a degree in Kinesiology with a focus on the science behind sport injury recovery with a minor in business.”

Tyler will be awarded with the J. Norman Midget “AA” Scholarship Award at the GTHL Awards Ceremony on June 14. The Award recognizes a Midget “AA” player who achieves a high standard of excellence academically and in hockey.