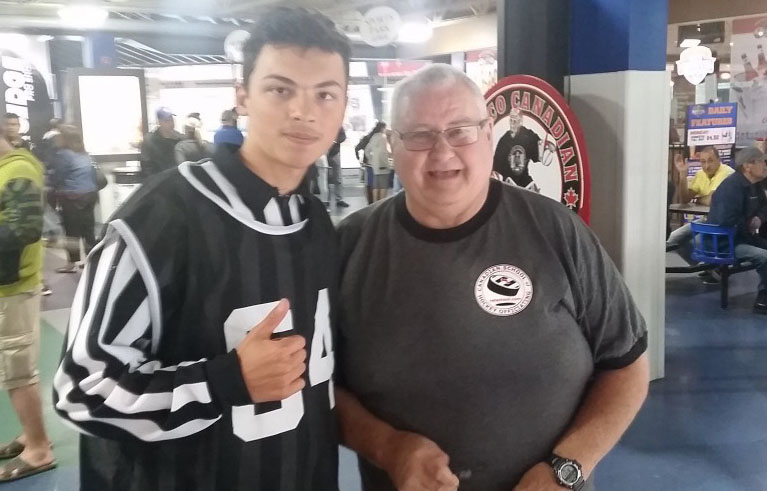 If it weren’t for consistently bad offside calls during his men’s league games, Jack Foster may have never started officiating.

“After complaining about the officials, one of the guys suggested I come out and join them for officiating camp,” laughed Jack. “I went to camp in 1969, officiated in houes league for a year, and then made the GTHL staff after that.”

On the ice for 35 seasons, Foster was always found a way to make giving back a top priority, lending his time to officiating in many Timmy Tyke tournaments in support of Easter Seals Ontario.

“He’s always had a soft spot for the kids of the game,” explained longtime friend and fellow official, Dave O’Sullivan. “I remember him showing up at games around Christmas or Halloween with bags of treats for the younger teams.”

Slowing down on the ice didn’t mean the end of Foster’s involvement in the game. After hanging up his skates and making way for younger officials, Foster stepped into a supervising role.

“I enjoy it, I’ve met so many great people over the years,” said Foster. “Receiving this award is such an honour. I knew Gus Gordon knew personally, he always attended our refresher clinics and always had some kind of story to tell.”

Foster will be presented with the Gus Gordon Memorial Officials Award on June 14. The Award is presented annually to an official who demonstrates hard work and dedication to the game, while representing the GTHL with dignity, class and honour.