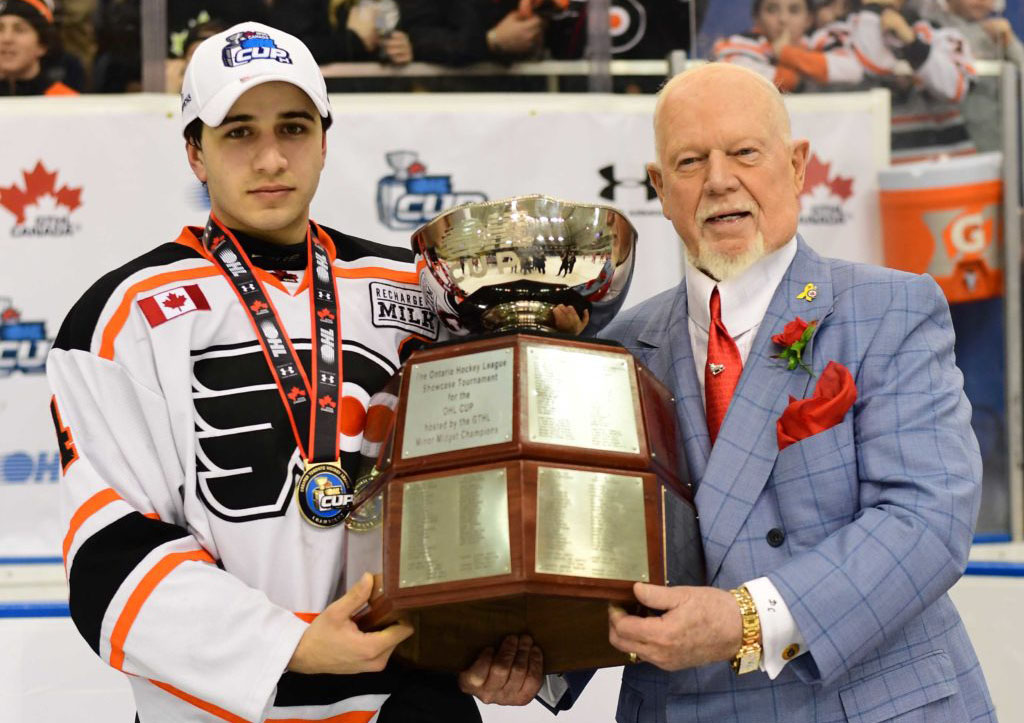 “I loved the way that he [Coffey] was able to help transform the position of defenceman into a more mobile two-way player,” said Ethan, who was coached by the Hall of Famer in his Minor Novice season. “This has influenced me through my career as this is something I try to implement in my game.”

Modeling his game after Coffey has resulted in nothing but success for the past few seasons for Ethan and his Flyers squad. After winning a Bantam OHF Championship in 2018, the Flyers went undefeated in the regular season and captured the 2019 OHL Cup title – an accomplishment Ethan won’t soon forget.

“We had worked so hard as a team to get to that moment,” said Ethan, who accumulated six assists throughout the Flyers seven games in the tournament. “It was an amazing experience to see Brennan Othmann scoring on a 2-on-1 in overtime. It was a culmination of all of our hard work and a dream come true.”

Ethan’s on-ice performance gained the attention of the Ontario Hockey League’s Niagara Ice Dogs, who drafted him at the 2019 OHL Draft in March. With his hockey resume building, Ethan is still planning for the distant future when he steps off the ice.

“After hockey ends, I would like to get my MBA and my law degree and practice as a corporate lawyer.”