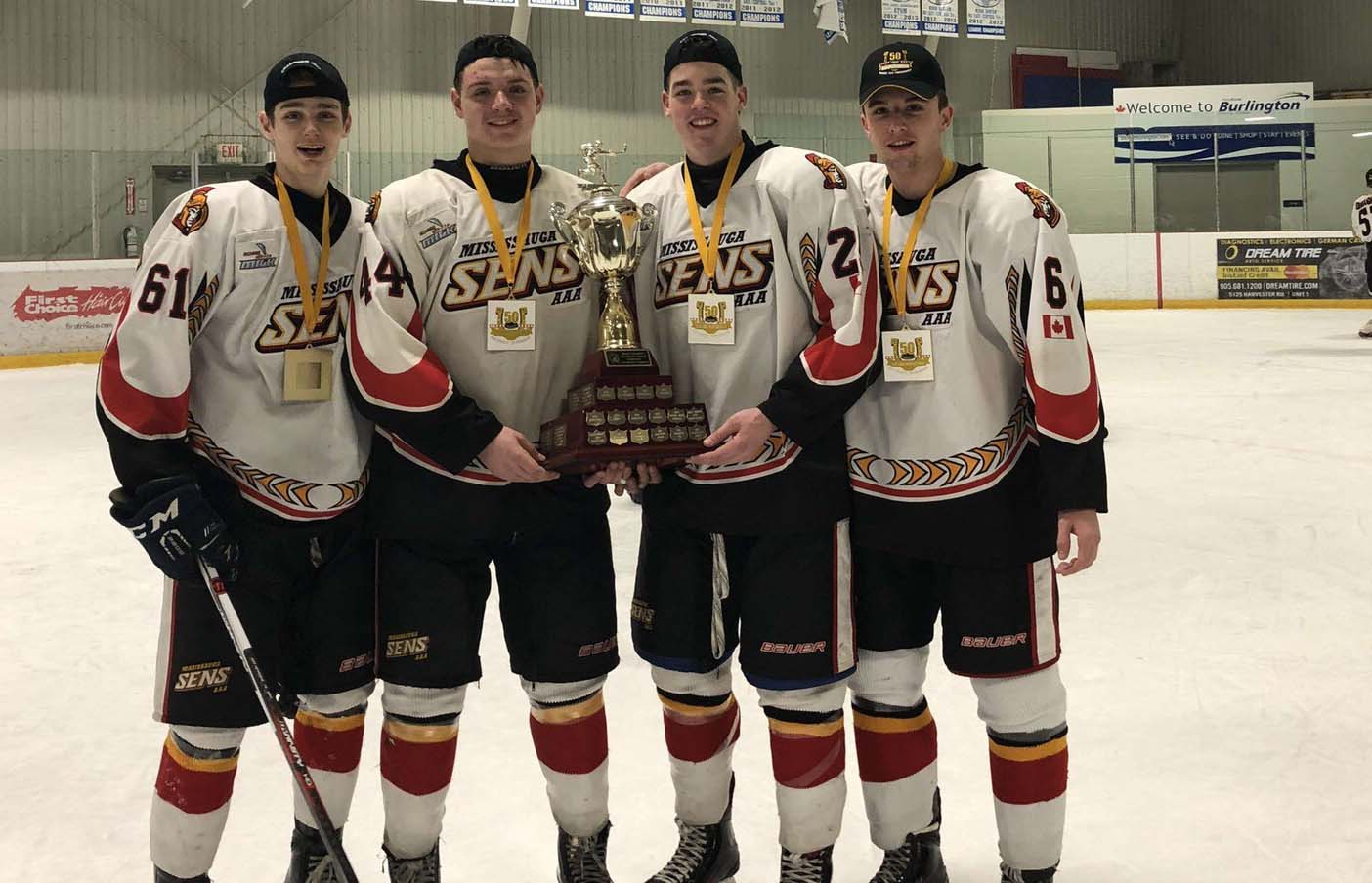 Louis Scaramuzza has played countless games in the GTHL at every level from Select to “AAA”, but his most memorable hockey moments are those that involve having fun with his friends.

Coming off his final season of minor hockey with the Midget Mississauga Senators, Scaramuzza is now focusing on life beyond the ice, aiming to build upon the skills he’s acquired during his time in organized hockey.

“My biggest goal is to become a corporate lawyer,” explained Saramuzza, who has been on the honour roll at St. Michael’s Choir School for the past three years. “I will be able to utilize the leadership skills I have developed by playing hockey over my GTHL career. Working in a team setting in corporate law, nothing will have prepared me better than the experience I have gained from being in a team setting for so long.”

Scaramuzza doesn’t plan to step away from the game entirely. He states he is still focused on giving back to the game that has given him so much.

“I would like to one day continue my involvement in hockey by coaching. I have learned so many valuable lessons from the coaches I have had over the years and I would like to pass on this knowledge to the next generation of young hockey players.”

Louis will be presented with the George F. Dufton Midget “AAA” Scholarship at the GTHL Awards Ceremony on June 14. The Award recognizes a Midget “AAA” player who achieves a high standard of excellence academically and in hockey.