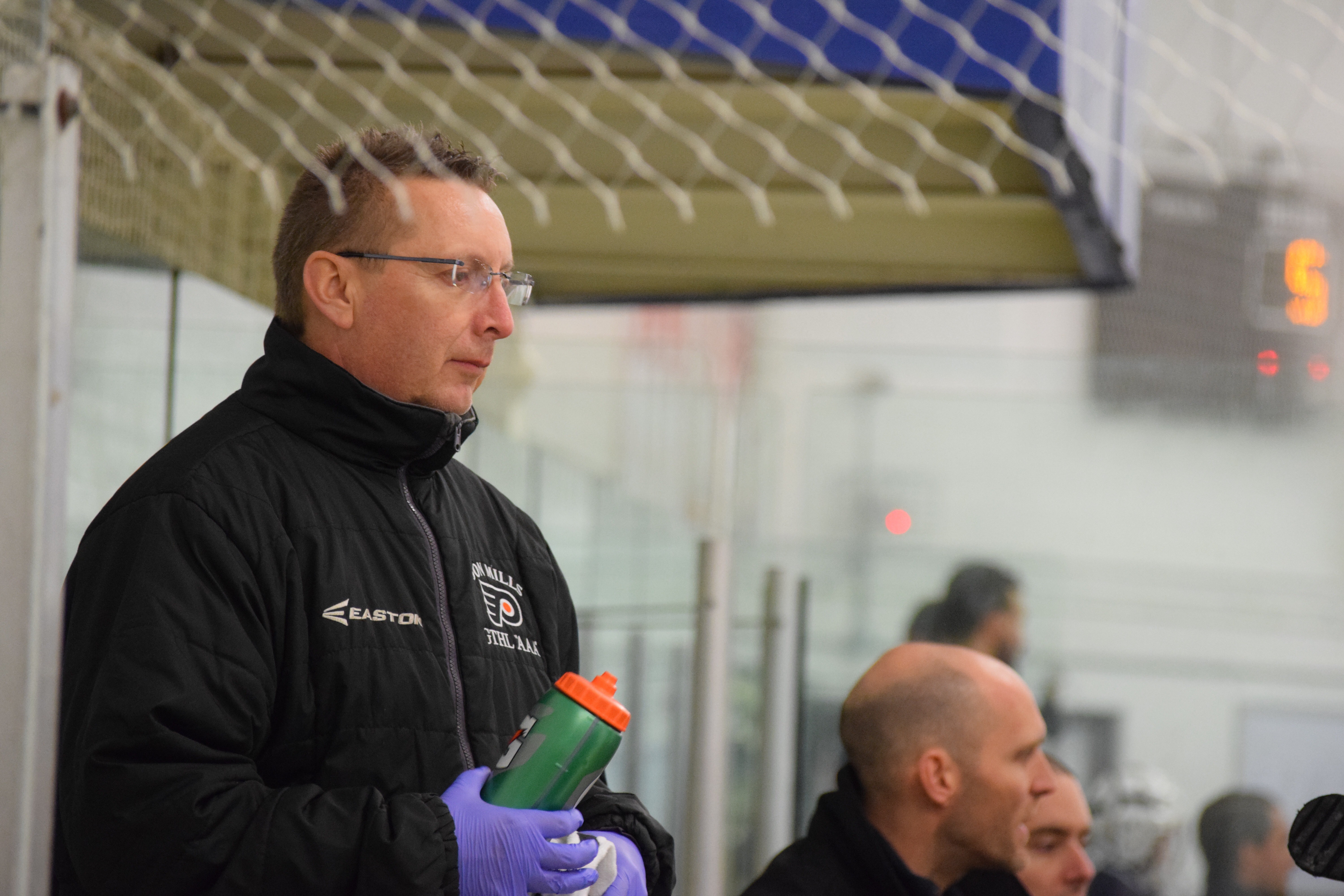 Marshall Bacon‘s favourite hockey player is also responsible for his most memorable achievement in his nine years as a trainer for the Don Mills Flyers.

“My favourite hockey player is Brennan Othmann,” said Bacon of the Flint Firebirds prospect and second overall pick. “I love his dedication.”

Othmann, a speedy forward with the Don Mills Flyers Minor Midget squad this past season, was responsible for scoring the goal that led to the Flyers clinching an OHL Cup Championship in overtime – a memory that Bacon cherishes as he cheered on the team from behind the bench.

In his nine years with the Flyers organization, Bacon has attended to some of the brightest rising stars in the game, including Toronto Maple Leafs forward Mitch Marner and Kingston Frontenacs first overall pick, Shane Wright. His relentless attention to detail and safety has caught the eye of fellow GTHL trainers.

“Marshall’s preparation for games and practices consistently maintains a safe environment for the players through his attention to protective equipment,” said GTHL trainer, Dr. Johanna Carlo. “He works tirelessly and consistently to provide the best care and support for his players regardless of circumstance.”

Marshall will be awarded with the Dr. Tom Pashby Regional Trainer of the Year Award at the GTHL Awards Ceremony on June 14. The Award recognizes a trainer who displays outstanding achievement in the area of safety and risk management and contribution to the Hockey Trainers’ Certification Program.