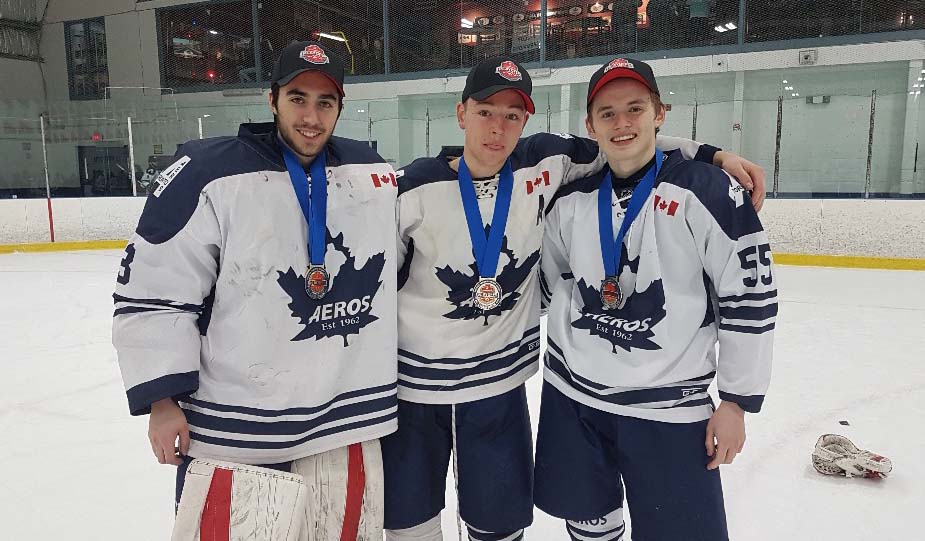 Grandson of a former member of the National Irish Rugby team, Jeames Keane was born to excel in sports. Born in Toronto, James took a liking to hockey over rugby, first hitting the ice at the age of seven.

“Only a handful of players I’ve coached over 22 years possess the four D’s that James does – determination, discipline, dedication, and desire,” explained Tom Priest, a Head Coach with the Mississauga Jets. “James helped our team to several awards and accomplishments. His commitment and leadership earned him the role of captain as voted by his teammates for the past five seasons.”

This past season, James dressed for the Toronto Aeros U-21 Club where he helped earn his team a berth in the Ontario Provincial Championships.

“Scoring the overtime winner of game seven of the Scotiabank GTHL Playoffs is probably my most memorable GTHL moment,” explained James, who will be entering his ninth GTHL season this September.

In addition to playing at the U-21 level, James also plays varsity lacrosse at the University of Toronto where he is currently studying Applied Science and Engineering.

“My goal is to develop a sustainable source for the production of alternative energy that is economically feasible and can be employed in developing countries.”

James will be honoured with the Under-21 “AAA” Scholarship Award on June 15. The Award recognizes an Under-21 “AAA” player who achieves a high standard of excellence academically and in hockey.