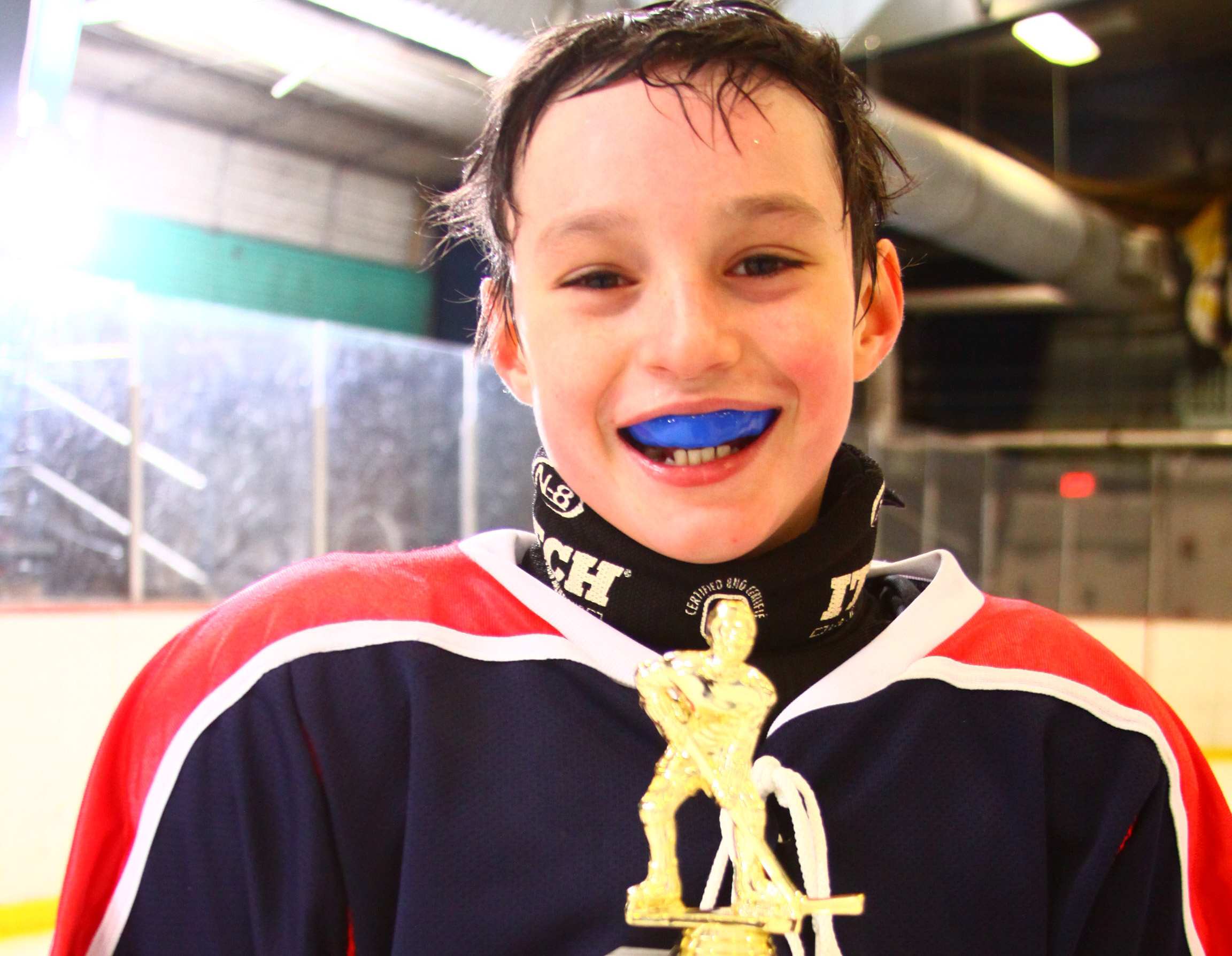 “I was a lot bigger than most players when I was younger,” said Sebastian. “I had a tendency to knock over opposing players who skated in my path when I had the puck, mostly because I just wasn’t agile enough to get around them. That earned me the nickname ‘freight train’.”

Since perfecting his coordination on the ice, Sebastian has helped his team earn a Select championship in dramatic fashion.

“It was a tough series, and we were down after two games, and facing elimination,” explained Sebastian. ” We came back and won two straight. I was on the ice for the overtime winner of the series, which we scored shorthanded. It was a great feeling, one I’m never going to forget.”

Aside from winning championships, Sebastian says he is thankful for all the opportunities hockey as provided him, in addition to valuable life skills that he will carry with him throughout his life beyond the game.

“In addition to making friends, hockey taught me some very important life skills as well. I’ve learned the value of teamwork, developed a good worth ethic, and learned how to stay disciplined.”

Now finished his final season, Sebastian plans to study Engineering at the University of Toronto in the Fall. Sebastian will be presented with the Len Barrett Midget House League Scholarship at the GTHL Awards on June 15. The Award recognizes a Midget House League Player who achieves a high standard of excellence academically and in hockey.