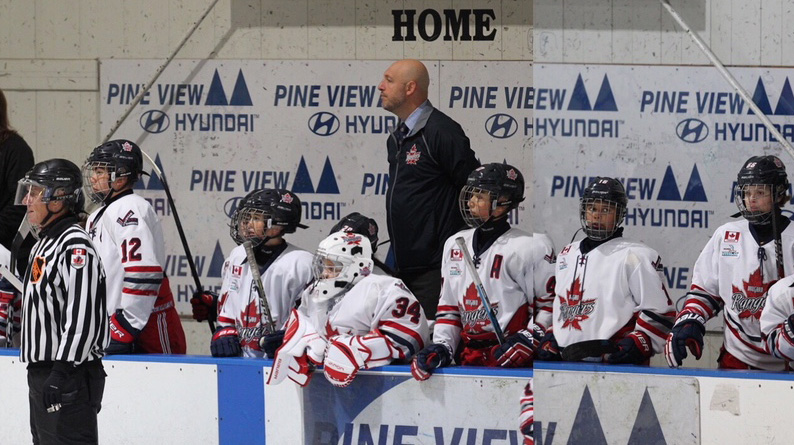 A passion for the game is what has driven Joe DiMaria to spend the past ten years behind the bench. Volunteering as a coach since the 2006-2007 season, Joe credits his success as a coach to the wonderful individuals he’s been able to work beside at the City of Vaughan Hockey Association, including his 18-year-old son Noah who he coached alongside this past season.

“They are the engine that manage the Vaughan Rangers Peewee “AA” team,” said parent Rob Costabile, referring to the father-son duo. “Joe is an exemplary role model and coach, but he’s an even better person.”

The success of Joe’s teams on the ice – which includes leading a first year “AA” team to a City Championship and a third-place finish at the Provincials – can be attributed to the values Joe instills in his players. In addition to promoting the importance of good work ethic, Joe emphasizes the value of being a good teammate.

“He always tells the boys that losing a game is a life lesson,” explained Costabile. “If a teammate is struggling he will tell the team to pass to them more often to show you believe in them.”

Joe’s life lessons and communication with his players doesn’t stop at the rink. Costabile states that Joe has started a team social media account where he will post daily motivating messages for his team.

In addition to coaching the Vaughan Rangers Peewee “AA” team this past season, Joe also took on a head coaching role for the Novice Select Vaughan Rangers. He will continue to coach the Novice team as they move onto Minor Atom “A” during the 2018-19 season.

Joe will be honoured with the Herb Ebisuzaki Coaching Award at the GTHL Awards on June 15. The Award is presented annually to an outstanding minor hockey coach who best exemplifies the true spirit of coaching, including the capability to improve the performance of an individual or team while ensuring each player’s experience is a priority.