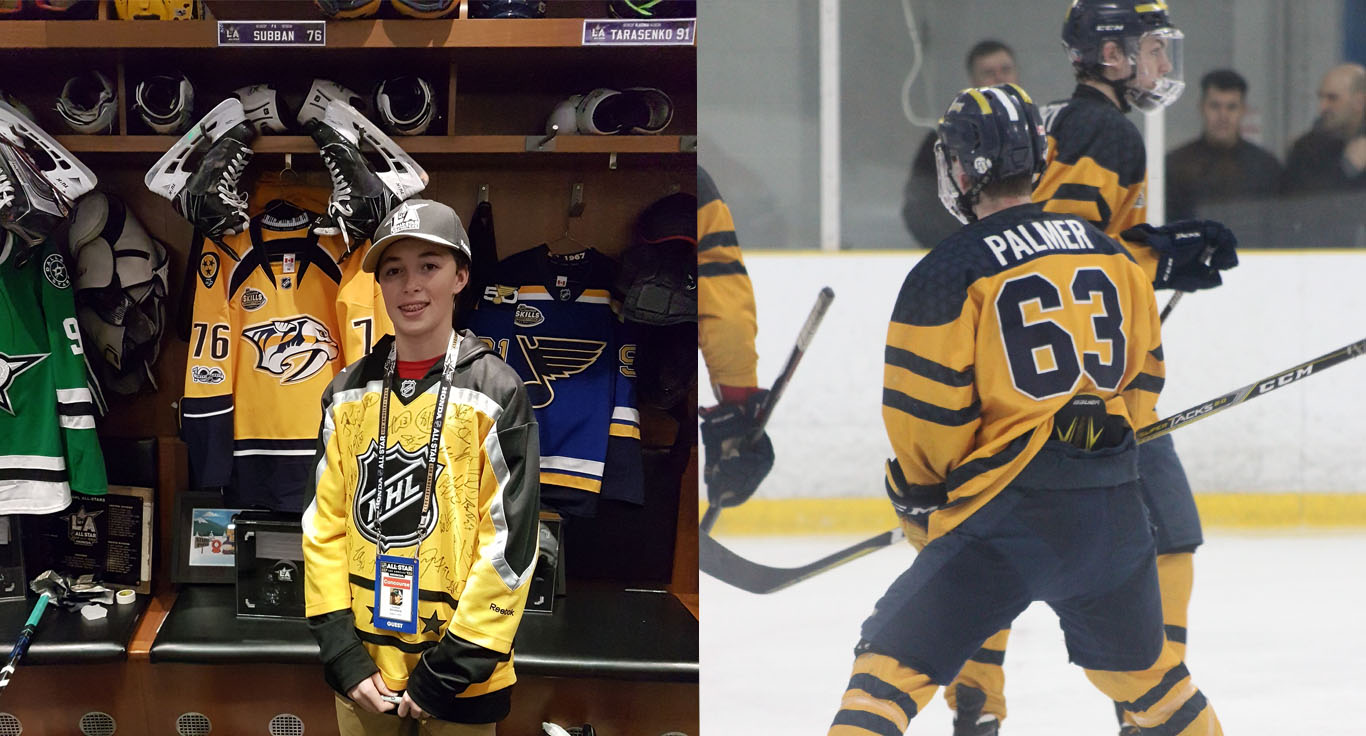 Colton Stothers has become an expert at defying the odds. A forward with the Toronto Royals Minor Midget “AA” squad, Colton was born with Primary Ciliary Dyskinesia (PCD) – a rare disorder that can cause breathing difficulties.

“Colton has never let his condition slow him down,” explained Royals Team Manager, Marco Baldesarra. “He never quits, constantly works hard at practice, and always competes during games. He often outworks some of his teammates.”

To ensure he can keep playing hockey, Colton partakes in daily physiotherapy for his PCD.

“I will live with this condition for the rest of my life, at this point there is no cure, just management,” explained Colton, who will play at the Midget Jr. “AA” level with the Royals next season.

In addition to his on ice efforts, Colton works hard to raise awareness for SickKids Hospital in Toronto where he is an ambassador, participating and speaking at charity events.

Colton will be presented with the GTHL Special Recognition Award at the GTHL Awards on June 15. The Award is granted to players who have displayed inspirational courage in overcoming adversity while maintaining a dedication and commitment to competing in hockey.

Many hockey players have had the misfortunate of dealing with a concussion. Toronto Titans Owyn Palmer has witnessed the effects of a concussion first hand, caring for his ailing mother while she managed the unpleasant symptoms associated with post-concussion syndrome.

“No matter how bad things got, Owyn was always there for me and very supportive,” explained his mother, Kara-Lynn Palmer.

Unable to drive yet, Owyn never missed games or practices despite the circumstances.

“My Grandfather always supported me and came to every game even though he lives over two hours away,” explained Owyn. “He would bring me to my games when my mother wasn’t well or couldn’t take me.”

Colton played at the Midget “AAA” level last season while maintaining honour roll grades in school. He will be presented with the GTHL Special Recognition Award at the GTHL Awards on June 15.