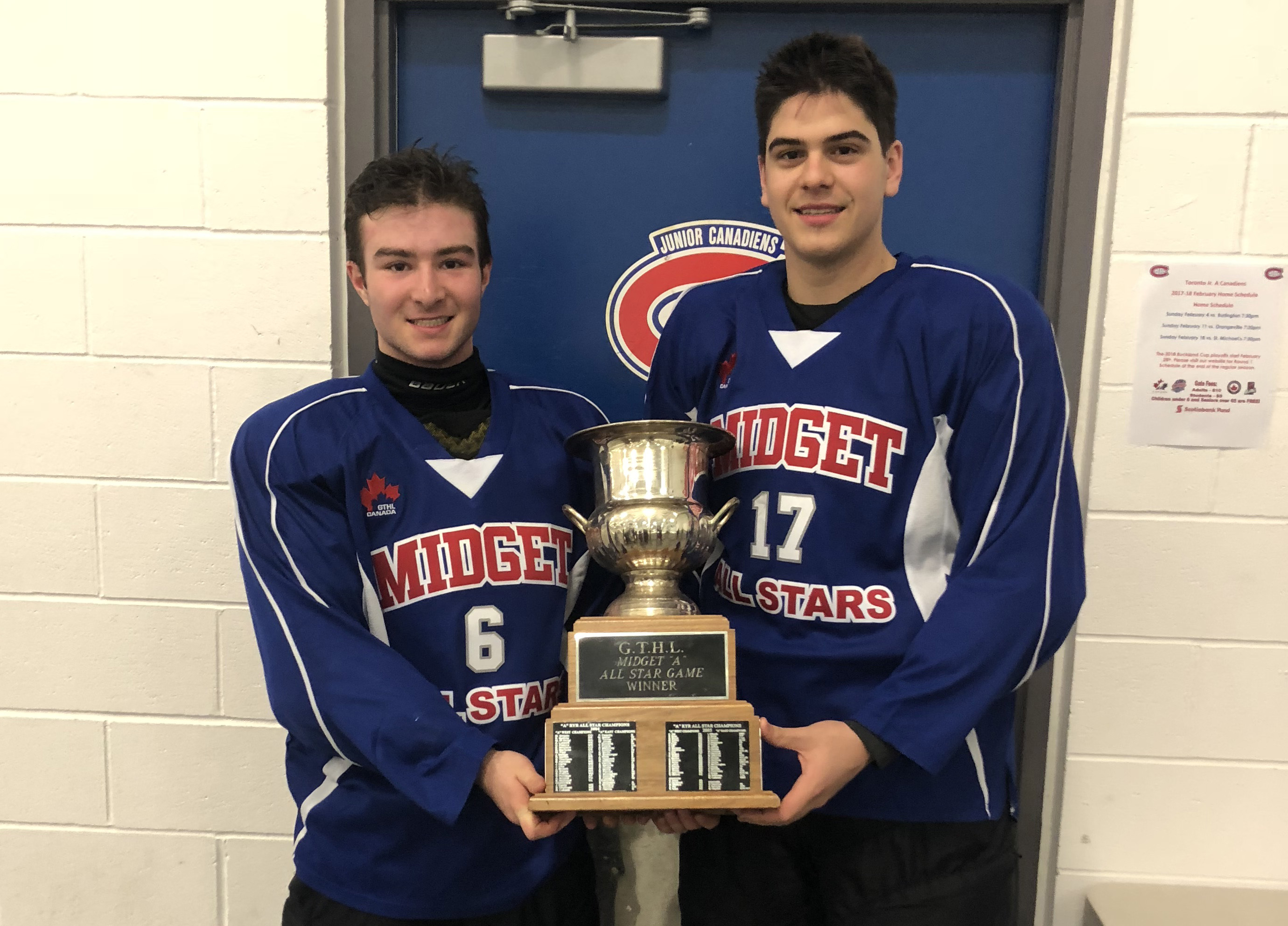 Max Bernardi was born with GTHL hockey in his blood. With his Grandfather coaching in the Humber Valley organization throughout the 1970s, Max started his playing career in the organization before moving up to the “A” level.

“My Grandfather had the most influence on my hockey career,” explained Max. “He taught me how to skate on my backyard rink and played road hockey with me as soon as I got home from school.”

Practicing on the backyard rink has paid off for Max who has since played eight seasons in the GTHL with both the Humber Valley Sharks and Toronto Eagles. His on-ice ability as an offensive defenceman recently earned him a spot on the GTHL Midget “A” All-Star team.

“My most memorable GTHL moment was playing in the Midget All-Star Game,” said Max. “It felt like a real NHL game with the warm-up and 20 minute periods.”

Entering university next year, Max plans to study business with a future focus on law and politics.

“I hope to one day represent Canada on a global political scale.”

Max will be awarded with the Frank D. Smith Midget “A” Scholarship Award at the GTHL Awards Ceremony on June 15. The Award recognizes a Midget “A” player who achieves a high standard of excellence academically and in hockey.