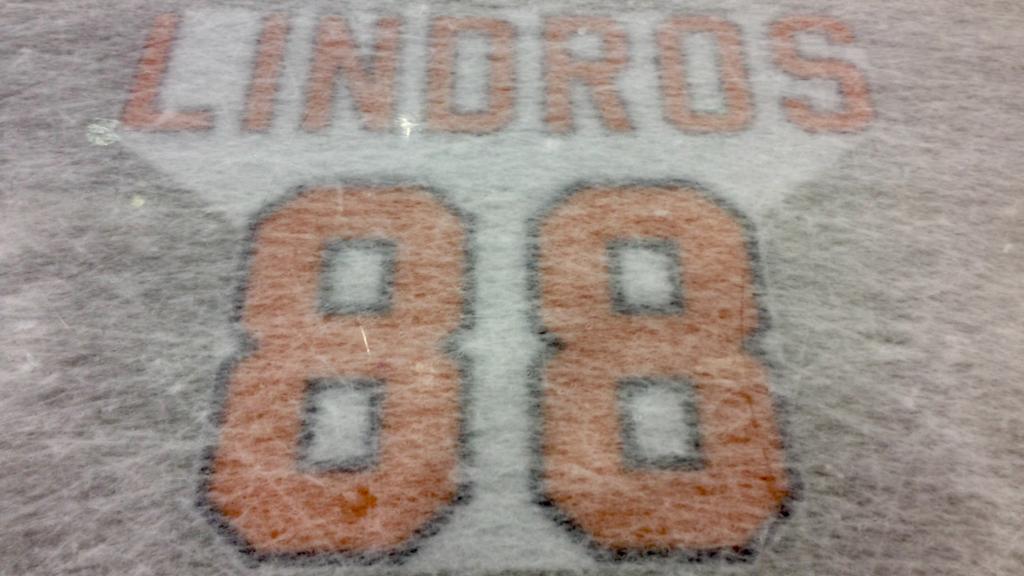 NHL.com
From North Toronto to the Hall of Fame
November 13, 2016

GTHL Alumni Eric Lindros is set to be inducted into the Hockey Hall of Fame as part of the class of 2016.

From North Toronto Arena to the NHL, Eric Lindros was always turning heads.

Eric Anweiler, a former maintenance worker at North Toronto, recalls Lindros’ years with the Toronto Young Nationals, telling NHL.com that the building would often be filled beyond capacity as fans flocked to watch the emerging star.

Lindros’ dominance continued throughout junior where he recorded 149 points in 57 games during his rookie season with the Oshawa Generals.

During his NHL draft year, the young star raised eyebrows around the hockey world at the 1991 NHL Entry Draft. After being drafted first overall by the Quebec Nordiques, Lindros refused to sign with the team. The decision sparked one of the biggest trades in NHL history, which saw the Philadelphia Flyers acquire Lindros in exchange for superstar Peter Forsberg.

Described by fellow NHL Alumni as having a rare combination of size and skill, Lindros dominated in his seven seasons with the Flyers.  “The Big E”, as he’s been nicknamed, wore the “C” in Philadelphia for six seasons before stints in New York, Toronto and Dallas. He officially retired following the 2006-07 season at the age of 34.

Lindros’ somewhat early retirement was highlighted by various injuries including numerous concussions. He has since spearheaded various campaigns for concussion research funding.

“It wasn’t the easiest of circumstances, but hey, listen, times have changed,” Lindros told the Toronto Star in reference to his concussion problems. “It’s being looked at in a different way now.”

Now residing in Toronto, Lindros continues to honour his roots, taking to the ice every Thursday at North Toronto.

“There’s just so many selfless people out there that have spent time with you as a coach, as a trainer, the team managers, obviously my parents, their sacrifices,” Lindros told NHL.com. “It’s incredible. It really is. There’s a lot of luck that gets involved with all this, but there’s a lot of support behind the scenes that you get a chance to look back at and truly appreciate”

Lindros is one of over 11 GTHL Alumni to be inducted into the Hockey Hall of Fame.