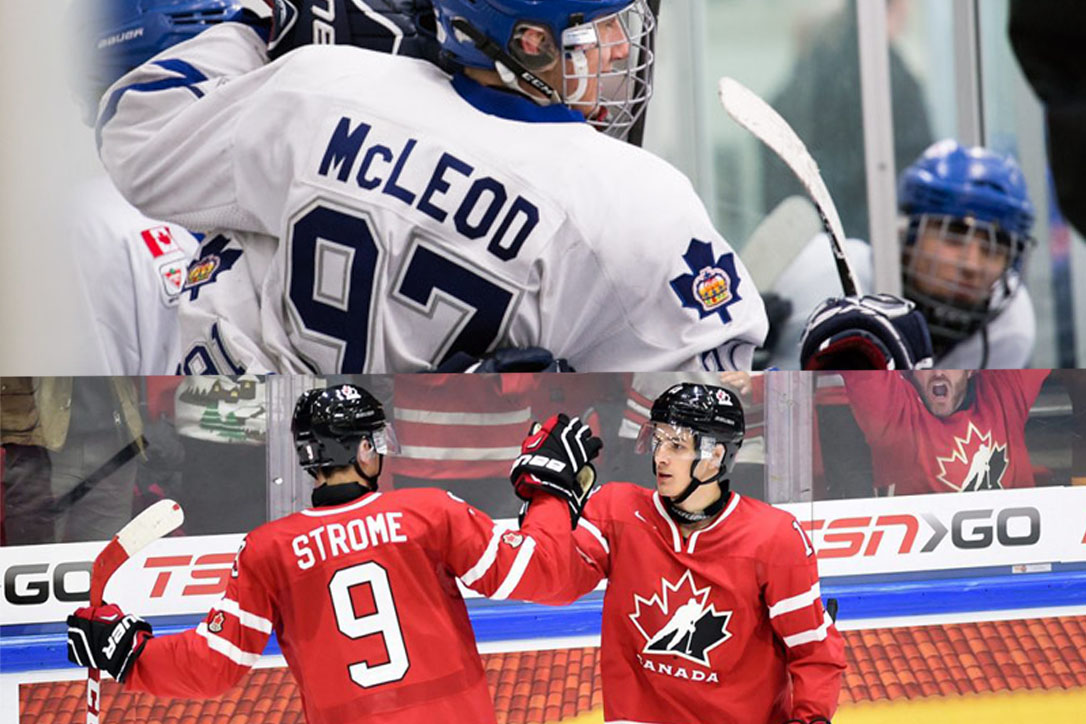 Hockey Canada has announced the 22 players who will represent Canada at the 2017 IIHF World Junior Championship in Toronto and Montreal. The tournament, which kicks off on Boxing Day, will feature five GTHL graduates, including Dylan Strome and Mitchell Stephens who will compete for the second consecutive year.

The tournament will reunite Stephens, Strome, and McLeod who played alongside one another as part of the 2012-13 Toronto Marlboros squad. McLeod and Raddysh were teammates on the Marlboros the following season, leading the team to an OHL Cup title.