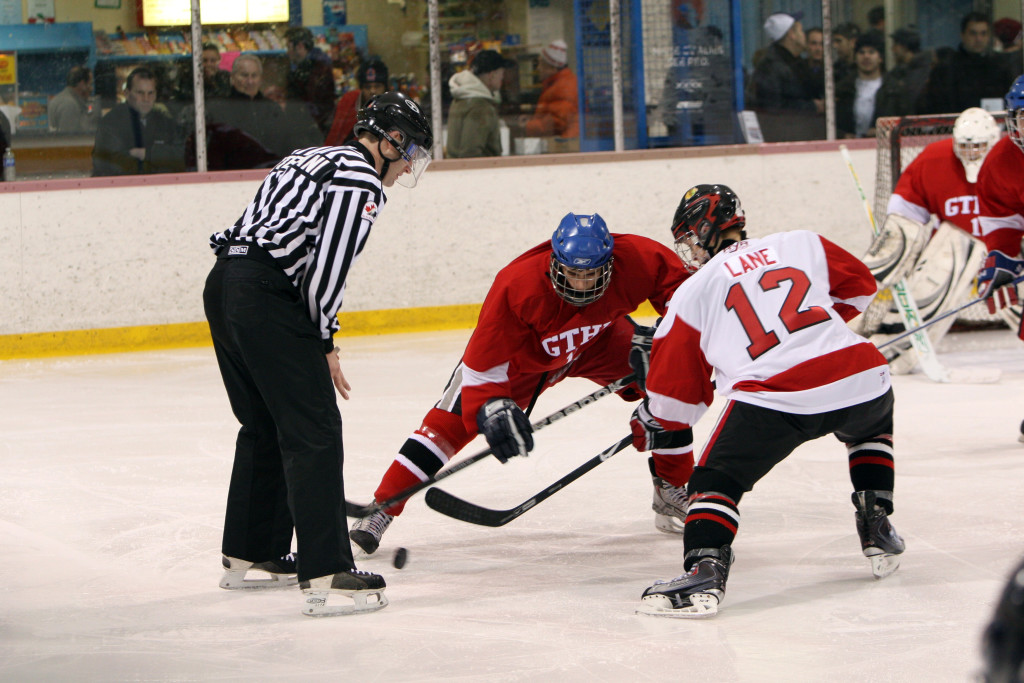 On a late-January day in 2010, 40 of the top GTHL players from the 1994-birth year stepped onto the ice for the inaugural GTHL Top Prospects Game. As Team Flatley shutout Team Clark by a score of 4-0, it was unknown where the 15-year-olds would go with their hockey careers.

“Because it was the first, it was a big deal to be chosen,” explains Keven Wilson, father of Washington Capitals forward Tom Wilson, who was playing with the Jr. Canadiens at the time of his Prospect Game participation. “The players and coaches went into it with more of a playoff finals mentality than a showcase headset.”

Wilson also recalls the players being in awe of celebrity coach Wendel Clark – now a staple of at the GTHL Top Prospects Game, coaching in ten of the eleven events.

“The celebrity coaches in the first few years didn’t realize how intense the kids would be,” explained GTHL General Manager, Peter Kourtis. “They thought it would be an NHL All-Star Game atmosphere.”

Proding to be noticed by the scouts in attendance, many of the 40 players on the ice that night would succeed in earning a positive scouting report. Twenty-eight of the 40 players would go on to play in the OHL, while four others – Tom Wilson, Sean Monahan, Adam Pelech, and Scott Laughton – became regulars in the NHL. The most unforgettable moment for many in attendance involved both Laughton and Wilson as they engaged in a late third-period scrap.

“We will never know what it was about but they actually both received a suspension from league play for the fight,” explained Kourtis, who was doubling as a colour commentator for the Rogers broadcast of the game.

Kourtis, who has worked with the scouts leading up to all eleven events, recalls the inaugural prospects event to be particularly difficult in terms of the selection process.

“The debate on picking the best 40 prospects was as heated in the first season as it is now. We have to remember when the process starts you have over 50 names to consider and getting down to 40 players is a tough task in a league with so many talented players.”

Ten years junior of the players who took to the ice for the first game in 2010, the top-40 Minor Midget “AAA” players from the 2004 birth year will take to the ice for the 11th annual GTHL Top Prospects Game, Powered by Under Armour on December 10 at Scotiabank Pond. Click here to purchase tickets.

GTHL Mourns the Passing of Marlowe Stoudamire
5 days ago